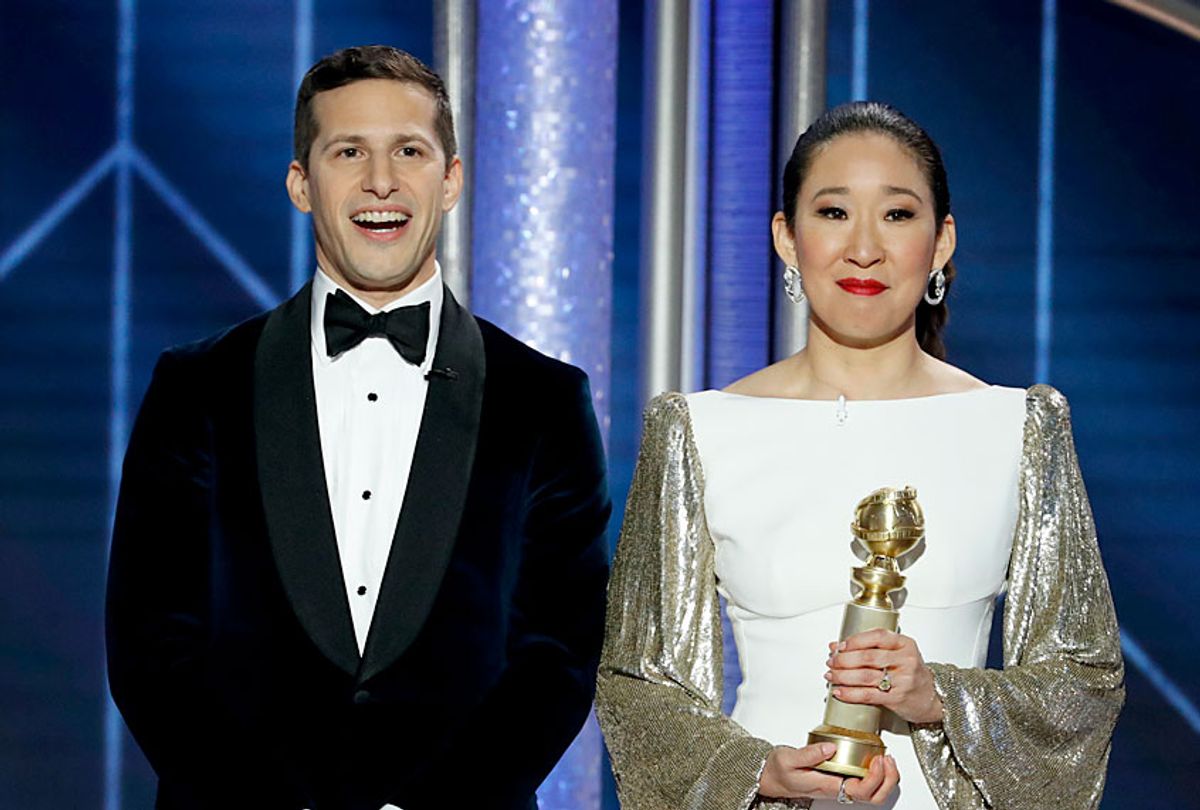 Just as sure as flu season comes every year, so do the conversations and consternation over the flu vaccine. Even at The Golden Globes did this pervasive, controversial topic come up, with hosts Andy Samberg and Sandra Oh announcing that techs from Rite Aid would be providing flu shots to attendees. This bold move was meant to call out the vocal anti-vaccine celebrities who use their platform to expound views that are not scientifically informed. The flu vaccine brings along its own particular form of controversy, as many who refuse to get the flu shot insist that they are not "anti-vaxxers."

Yet, the arguments spouted by those who refuse to get their shot are grounded in as little scientific basis as those typically given by anti-vaxxers. Every time I get the flu vaccine I get sick is a common one. Yep, it's true, you can feel ill after getting the flu vaccine. But you didn't get the flu from the vaccine. The most likely reason for aches and flu-like symptoms is that the flu vaccine worked! It stimulates the immune system to make the appropriate antibodies, causes a bit of inflammation and that can cause uncomfortable symptoms. Another explanation is that you actually got sick, either from the flu virus you picked up prior to getting the vaccine, or from a completely different virus all together.

I never get the flu, so why should I get the vaccine? First, think about the flu vaccine like buying a lottery ticket—except that the vaccine has odds that are much, much more in your favor. Yeah, maybe you've never won the lottery, but you still buy the ticket because the cost is so low and the payoff is so great. You may not have gotten the flu before today, but that doesn't mean you'll be as lucky next year. And trust me, once you get the flu you will never, ever want to get it again.

Second, and the less selfish response: It's not just about you. Limiting outbreaks and reducing the number of infections benefits everyone. Think about the immunocompromised, elderly or very young. Many people in those categories cannot get the flu vaccine or have limited protection from the vaccine, and they are at greater risk for contracting the flu and for developing severe complications, including death. When everyone gets the flu vaccine, the risk to these individuals is reduced.

Big pharma can't be trusted. This argument is one that overlaps with the general "anti-vaxxer" argument. There are those who simply mistrust pharmaceutical companies. I've even been told by one person that they wish they could have unbiased information from someone who has no stake in the profits. Well, that information is widespread and easy to access! There have been a multitude of articles written by scientists such as me who have no agenda other than ensuring public health. Science is about helping and advancing society, and the vast majority of scientists who advocate for the flu vaccine and other vaccines simply want the science behind vaccines to improve the health and lives of people.

It's so inconvenient, I have to get it every year! It can be certainly inconvenient to schedule time to get the vaccine each year. But more inconvenient is the huge financial cost to getting the flu. For those who get the flu, the costs can include doctor visits, medicine and a reduced paycheck for missing work. Companies and employers have to deal with covering shifts and lost productivity when employees take a week or more off of work to recover from the flu. But making getting the flu vaccine easy, accessible, cheap and standard would eliminate these disastrous scenarios and likely capture a large group of individuals who otherwise wouldn't get the vaccine.

I don't want to put chemicals in my body. "Chemicals" is an interesting word to use. People use this word as if "chemicals" were bad or unnatural, but in actuality everything we put into our body is made up of chemicals — from the food we eat to the vitamins we take and the liquids we drink. People fret over putting a few extra "chemicals" in their body once a year with the flu shot, when each day they are consuming huge amounts of chemicals in the form of preservatives, stabilizers and pesticides. And if you get sick with the flu, you'll end up having to consume even more of these dreaded "chemicals" in the form of different medications.

Unfortunately, even by tackling each of these arguments with the tightest logic, many people still will remain unconvinced. This needs to be a group effort—from the scientific community to entities like Hollywood and stages like The Golden Globes — in order to continue to challenge the unconvinced on this important public health issue. We need to change the narrative that avoiding the flu shot is acceptable and absolves people of their place in the anti-vaccine movement — it's too costly in too many ways for individuals and the community at large.

Sarah C. Fankhauser is an assistant professor of biology at Oxford College of Emory University and an expert in infectious diseases. She received her Ph.D. in microbiology and immunobiology from Harvard University.

Sarah Fankhauser is assistant professor of biology at Oxford College of Emory University.