Faced with the "greatest scandal" in our history, what will the American people do?

Is America too deeply cocooned in consumerism, too blind or too cynical to take action against a traitor president? 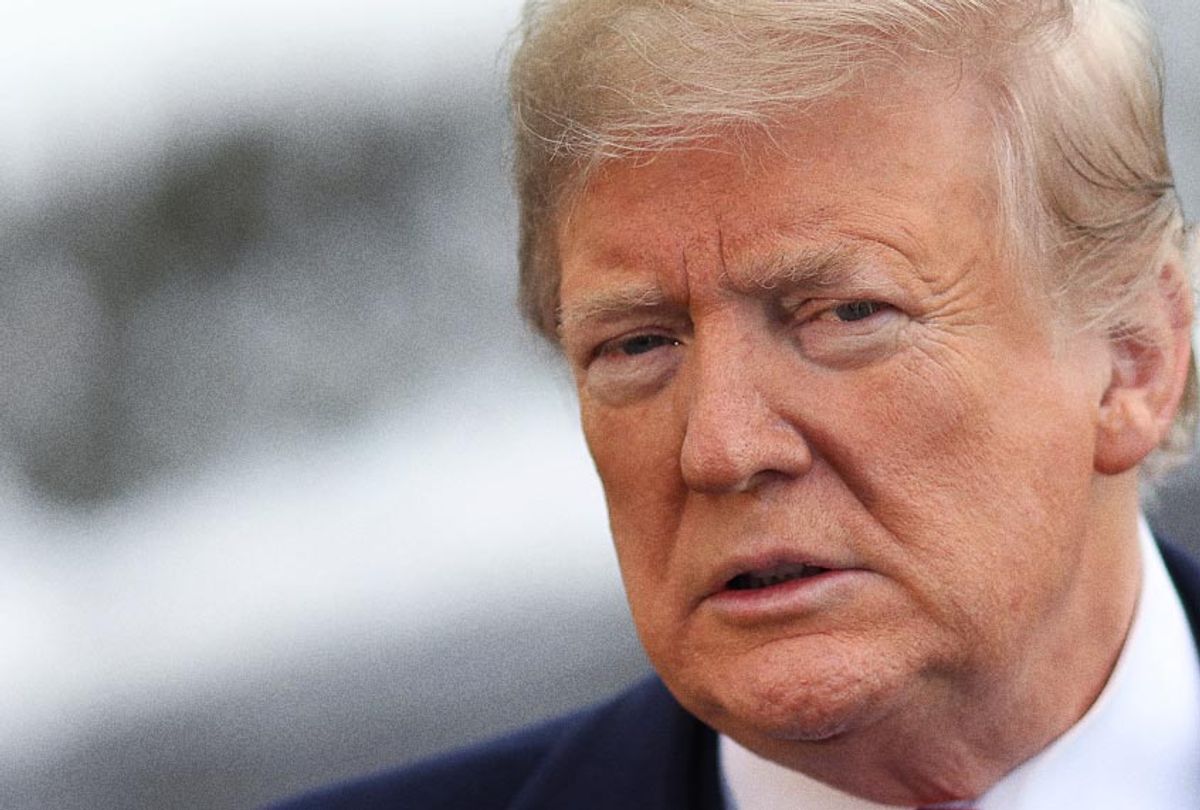 Donald Trump is not a Manchurian candidate.

Unlike the character "Raymond Shaw" in the 1962 film, Donald Trump has not been captured, tortured and in the process "brainwashed" by a foreign government. Instead, President Donald Trump has repeatedly chosen to advance the interests and goals of Russia and Vladimir Putin over those of the United States and the American people.

On Friday, the New York Times revealed that in 2017 the FBI began its own counterintelligence investigation into Donald Trump to determine if he was acting as a foreign asset after he fired FBI Director James Comey in an apparent effort to stop the Russia investigation.

This is unprecedented. But for many reasons, the FBI's counterintelligence investigation into Donald Trump should not be a surprise.

As documented by David Cay Johnston, Craig Unger, Seth Abramson and other investigative journalists, political analysts and reporters, Donald Trump has maintained questionable relationships with Russia's criminal underworld (who often operate in conjunction with Russia's spy agencies) for several decades. He publicly colluded with Russia during the 2016 presidential campaign and requested that Putin's agents steal Hillary Clinton's emails. He has praised the murderous dictator Vladimir Putin as a "strong leader" while insulting and demeaning U.S. national security professionals by dismissing their findings about Russia's interference in America's elections and democracy. He continues to side with Putin against NATO and the Western alliance at almost every opportunity, and has even shared highly classified information with Russian diplomats.

These examples are separate from the fact special counsel Robert Mueller's investigation has indicted or convicted various members of Trump's inner circle for espionage, financial fraud, perjury and other crimes. More damaging information about Donald Trump has become publicly known since last Friday.

On Saturday, the Washington Post reported that Donald Trump has tried to conceal and confiscate notes and other information that would reveal what he discussed with Putin during their Helsinki meeting and on other occasions.

On Sunday, Carl Bernstein, the legendary reporter who helped uncover the Watergate scandal, told CNN that a draft copy of special counsel Robert Mueller's report already exists, and that its preliminary conclusions are that Donald Trump helped Russia to “destabilize the United States.”

Occam's razor -- the simplest explanation given the available evidence and competing hypotheses -- suggests that Donald Trump is likely a Russian asset.

What will the Democratic Party's leadership do? Through public hearings, legislation and perhaps even impeachment, they will try to rein in some of Trump's greatest abuses and threats to civil and human rights, democracy and the U.S. Constitution.

What of the American people? This is my greatest concern.

To this point they have shown a remarkably high level of tolerance for Donald Trump's betrayals of his oath of office as president and his obligation to serve the common good and protect the general welfare.

For example, Donald Trump publicly colludes with a foreign power to help steal the 2016 presidential election for him and in response the American people are largely mute and passive. By all reasonable criteria, Trump has shown himself to be an illegitimate president. Yet again, there are no sustained large-scale protests, no general strike, and no mass mobilization, boycotts or other efforts to hobble Trump and the Republican Party -- at least, not beyond the punctuated moment of restrained anger of the 2018 midterm elections.

Why is this? There are some obvious explanations. Unlike in Europe and other parts of the world, the United States does not have a political culture that encourages mass mobilization and other types of sustained and disruptive protest behavior.

Political polarization and the power of the right-wing media echo chamber has created a situation where many millions of Americans do not live in the same shared reality -- this is especially true of Trump's supporters and other conservatives.

Most Americans do not follow politics closely. They are politically unsophisticated. There is a crisis in civic literacy and a lack of respect for the country's political , social and other cultural institutions.

And perhaps the simplest explanation is that tens of millions of white Americans agree with Donald Trump and the Republican Party -- and by implication or association, also Vladimir Putin and the Russian government.

There are deeper and less obvious explanations for the American people timidity in the face of Donald Trump and the Republican Party's betrayal as well. Consumerism and capitalism are too often confused with democracy and freedom. They are not the same things.

Substantive politics and social change work requires risk, work and a commitment of time, energy and resources. Identifying with brands and corporations as some type of authentic version of the self is easier than doing the emotional and cognitive labor necessary to become active and engaged citizens dedicated to protecting democracy across all levels of society.

For a variety of reasons including economic precariousness, an unresponsive political system, a fear of violence and punishment from and by the state, and a culture of distraction and entertainment, the American people are stuck in a state of learned helplessness.

What social scientist and futurist John Feffer has described as "participatory totalitarianism" conditions the American people (and others in the West and elsewhere) to desire and approve of constant surveillance. It has become normalized and incentivized by social media platforms like Facebook and YouTube. People who are co-opted by "participatory totalitarianism" are increasingly incapable of being responsible and engaged democratic citizens because narcissistic, attention-seeking behavior has robbed them of core parts of their shared humanity.

During a Saturday interview on MSNBC, former naval intelligence officer Malcolm Nance described the likelihood that Donald Trump is either an active or passive agent of Vladimir Putin and Russia as being the "single greatest scandal in the history of the United States.” Nance is correct.

But it is not the elites who will save the United States from this disaster. It is up to the American people to be the human guardrails of their own democracy. Unfortunately, as we enter the third year of Trump's regime, the vast majority of Americans have shown themselves not to be up to the challenge.