GOP Senator Rand Paul, a chief critic of Obamacare, is going to Canada to get hernia surgery: report 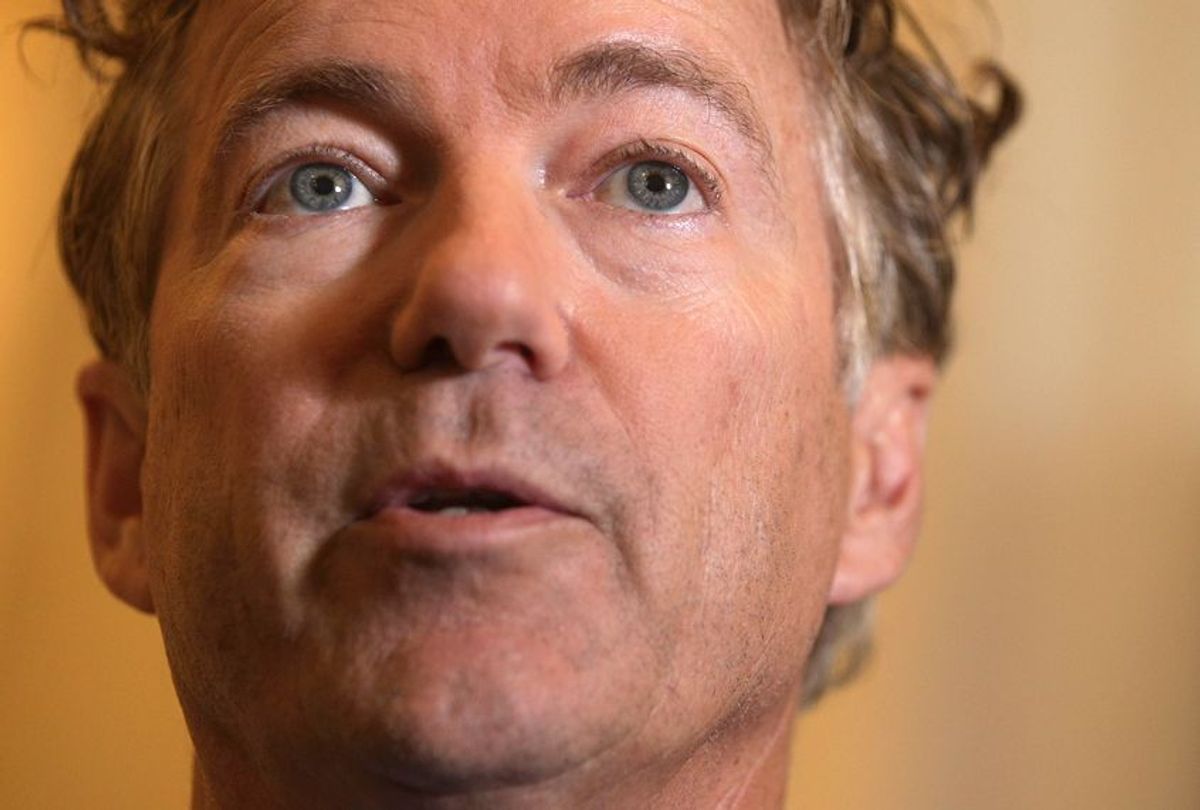 One of socialized medicine’s biggest critics is about to get some first-hand experience in how it works.

The Louisville Courier Journal reports that Sen. Rand Paul (R-KY), a libertarian who in the past has compared Canadian-style single-payer health care systems to “slavery,” will be travelling to Canada later this month to get surgery on a hernia.

The Courier-Journal discovered that Paul is scheduled to have a hernia operation at the Shouldice Hernia Hospital in Thornhill, Ontario next week, according to documents filed in the senator’s civil lawsuit against a neighbor who attacked him last year and left him with six broken ribs and a bruised lung.

Paul, who is himself a former ophthalmologist, has regularly attacked Democratic proposals to ensure universal health care, whether they take a more market-based approach like former President Barack Obama’s landmark Affordable Care Act or whether they aim for a Canada-style system like Sen. Bernie Sanders’ (I-VT) proposed Medicare for All bill.

“With regard to the idea whether or not you have a right to health care… It means you believe in slavery,” Paul said back in 2011. “You are going to enslave not only me but the janitor at my hospital, the person who cleans my office, the assistants, the nurses… you are basically saying you believe in slavery.”

Paul’s office so far has not responded to requests from the Courier-Journal for comment.