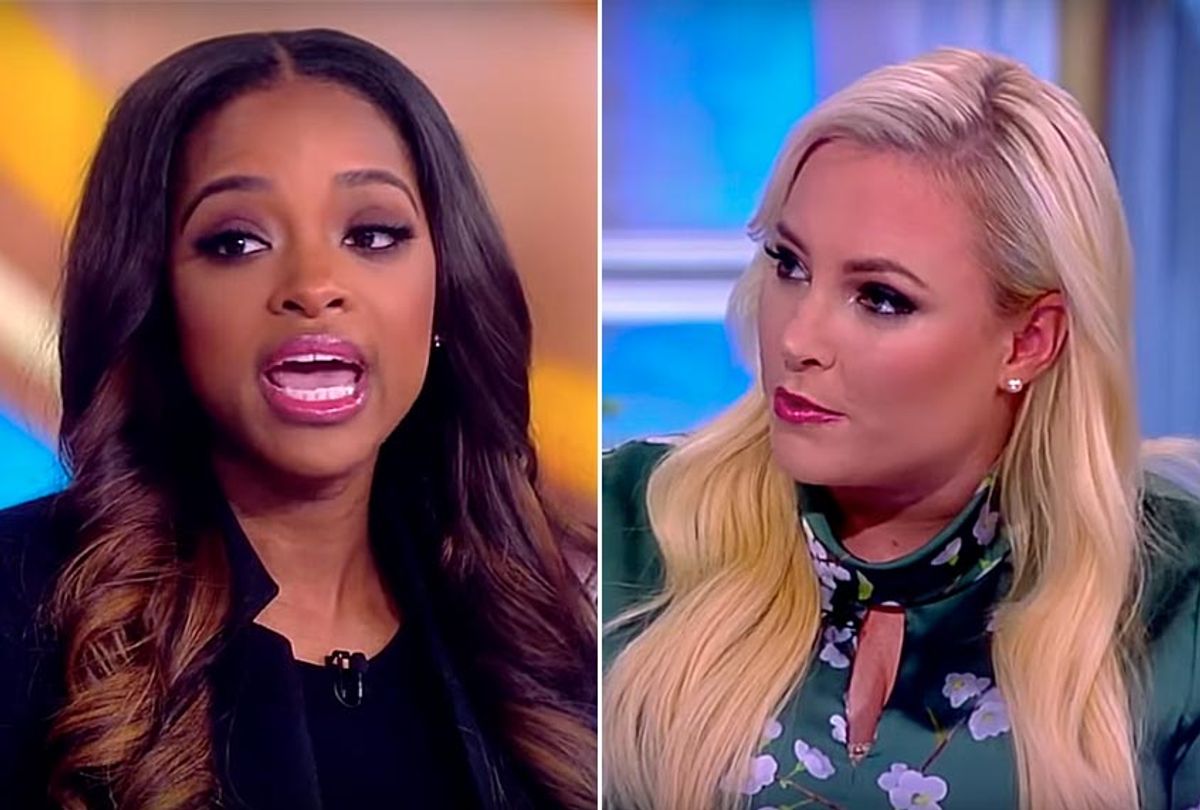 Tamika Mallory and Meghan McCain on "The View" (YouTube/The View)
--

In a heated series of exchanges on Monday, The View’s Meghan McCain cornered Women’s March organizer Tamika Mallory for her ebullient praise of Nation of Islam leader Louis Farrakhan and her refusal to condemn his long history of making anti-Semitic statements.

Co-host Sunny Hostin pointed out Farrakhan’s well-known reputation for anti-Semitism and homophobia and asked Mallory, who recently referred to the black leader as “the greatest of all time”, if she understood why that association is “quite problematic” for “an organization that says it fights bigotry.”

“I would never be comfortable supporting someone who [said] ‘I am not anti-Semite, I am an anti-termite. It is the wicked Jews, the false Jews promoting lesbianism, homosexuality,'” said McCain, citing an investigative report by Tablet Magazine that found numerous allegations of anti-Semitism surrounding Ms. Mallory and asked if the story was true.

“I don’t speak for Jewish people but I think I’m just confused,” McCain continued, quoting Farrakhan. “These remarks are — I mean, it goes on, ‘death to Israel’ over and over again.”

“We did not make those remarks,” replied Mallory.

“But you’re associating with a man who does, publicly,” McCain shot back.

“What I will say to you is that I don’t agree with many of Minister Farrakhan’s statements,” Mallory said.

“As I said, I don’t agree with many of Minister Farrakhan’s statements,” Mallory said carefully.

“Do you condemn them?” McCain asked. Mallory repeated that she frequently disagreed with Farrakhan.

“To be clear, it’s not the way that I speak, it is not how I organize,” Mallory replied. “I think its very clear over the 20 years of my own personal activism, my own personal track record who I am and that I should never be judged through the lens of a man.”

However, she never explicitly condemned Farrakhan’s anti-Semitic and homophobic statements.