“I am John McCain’s daughter," the ABC co-host says. "I am not someone who sits here and is OK with racism" 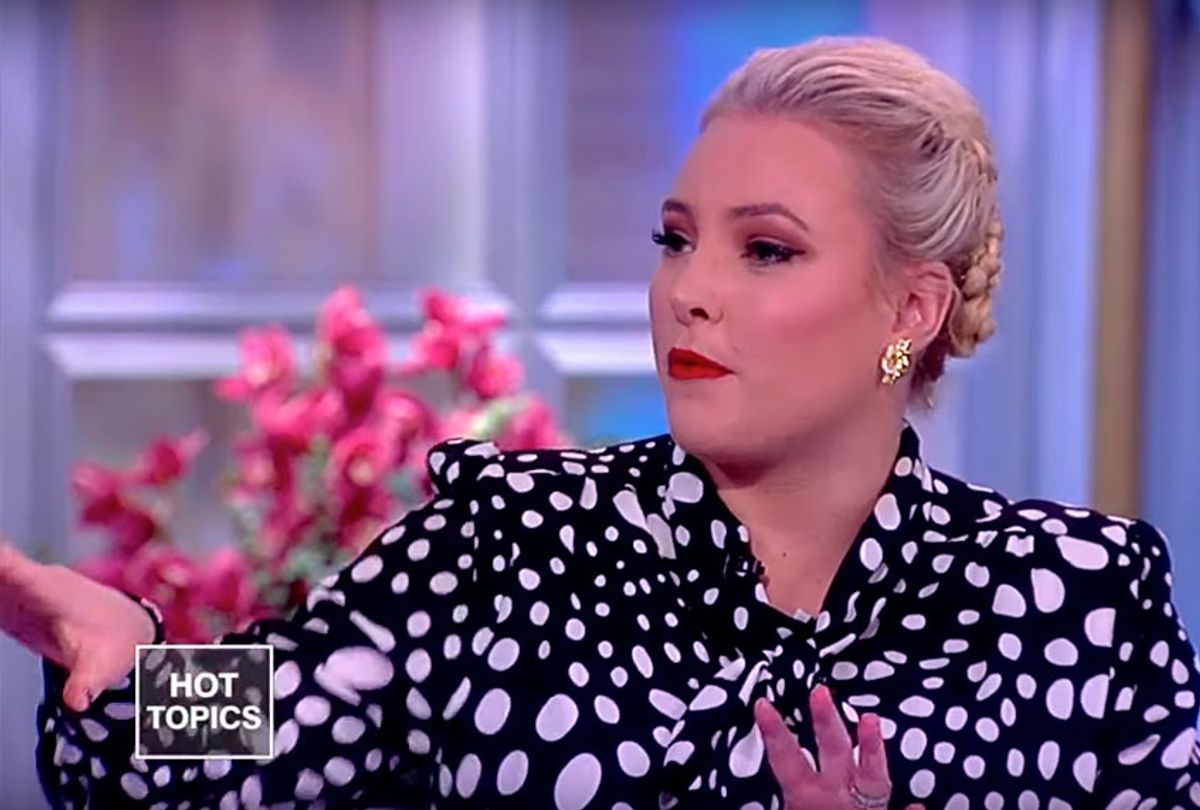 The View spiraled into chaos on Tuesday as an angry Meghan McCain called up her father’s memory as she insisted that it was unfair to paint Republicans as racist despite the fact that the party has tolerated Iowa Congressman Steve King’s frequent racist statements. King, who was re-elected by Republicans in 2018, has become a sacrificial lamb as the party tries to change its public perception.

McCain began getting angry after Sunny Hostin admitted she wasn’t sure whether the 42 percent of Americans that support Trump’s proposed wall were racist.

“A lot of people support the wall. I think this is the problem with identity politics in the country,” McCain said. “When you broad-stroke everyone, all black people think one thing, all Republicans think one thing. That’s how we got ourselves into this mess. I’m one of the people that would like to help pull ourselves out of it.” She added that it was unfair to paint her as a racist simply because she supports strong border security. Then she turned to Hostin and pointedly asked, “Do you think 42 percent of Americans are racist?”

“I just said I don’t know,” replied Hostin. “That’s why I am asking the question.” The table immediately descended into a verbal brawl, with everyone shouting over each other. Joy Behar tried to bring the topic back to Steve King, and Whoopi Goldberg pleaded for calm.

“You did just call 42 percent of the country – there was an implication that they could be racist,” shot back McCain. “That is something that when you’re talking about Republicans in general, is obviously going to make Abby and I uncomfortable."

“All I’m saying is check the platform, not the person,” retorted Behar.

“I am John McCain’s daughter,” McCain yelled, bristling with rage. “I am not someone who sits here and is OK with racism.”

McCain’s father voted against establishing Martin Luther King Day as a federal holiday and also voted against the Civil Rights Act of 1990.