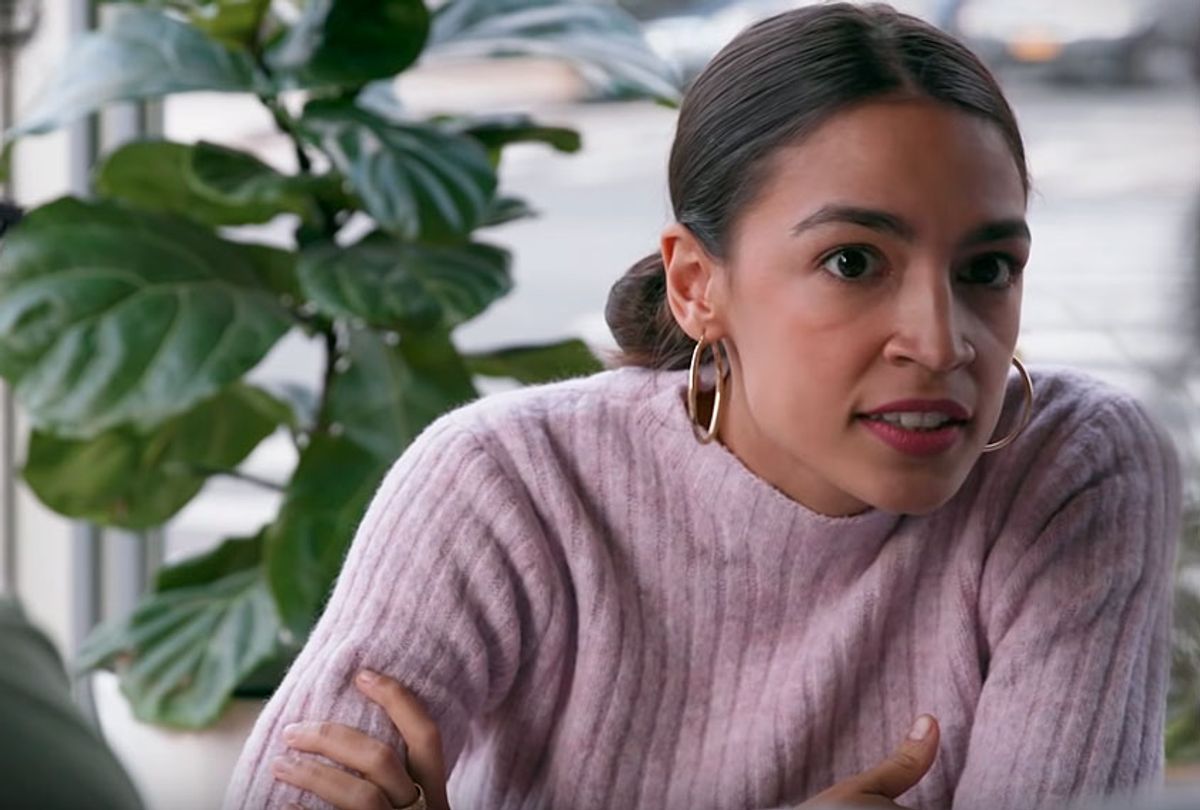 In a new video released Wednesday, Rep. Alexandria Ocasio-Cortez (D-N.Y.), the youngest woman ever elected to the U.S. Congress, promoted a group that recruits primary challengers to Democratic incumbents whom she believes are too moderate.

In the nearly nine-minute video for Justice Democrats, the progressive group that helped elect her, Ocasio-Cortez talked about her path to defeating former Rep. Joe Crowley, who at the time was then the fourth highest-ranking Democrat in the House. She encouraged progressives to join the group's #OurTime project, which is focused on targeting longtime Democratic incumbents in safely-blue seats who are "demographically and ideologically out of touch with the voters in the districts," according to the group's website.

In addition to backing Ocasio-Cortez, who revealed her brother nominated her for the group's endorsement slate, Justice Democrats backed Rep. Ayanna Pressley, who defeated 10-term incumbent Rep. Michael Capuano in Massachusetts, as well as Ilhan Omar of Minnesota and Rashida Tlaib of Michigan during the 2018 midterm election cycle.

"There's a lot of people in the Democratic caucus. When we are courageous enough to just puncture the silence on an issue, they will start to move," Ocasio-Cortez says in the video. "If you're a one-term Congress member, so what? You can make 10 years' worth of change in one term if you're not afraid."

It is rare for sitting members of Congress to back primary challengers against their colleagues, and Ocasio-Cortez's involvement with the grassroots group has already emerged as a source of tension on Capitol Hill. In the video, the 29-year-old self-proclaimed democratic socialist encouraged progressives to consider vying for office, saying that the civil rights, women rights, labor and marriage equality movements began with people who were willing to take risks.

"This country has only ever changed for the better by groups of people that were willing to put everything on the line for a better future," Ocasio-Cortez says in the video. "It didn't happen by people playing it safe. It happened by people putting their whole lives on the line, because they understood that this isn't just about us.