The anti-vaxxocalypse: What happens to humanity if vaccine hesitancy continues?

"Vaccine hesitancy" is now a threat to global public health, according to the WHO. What happens if this continues? 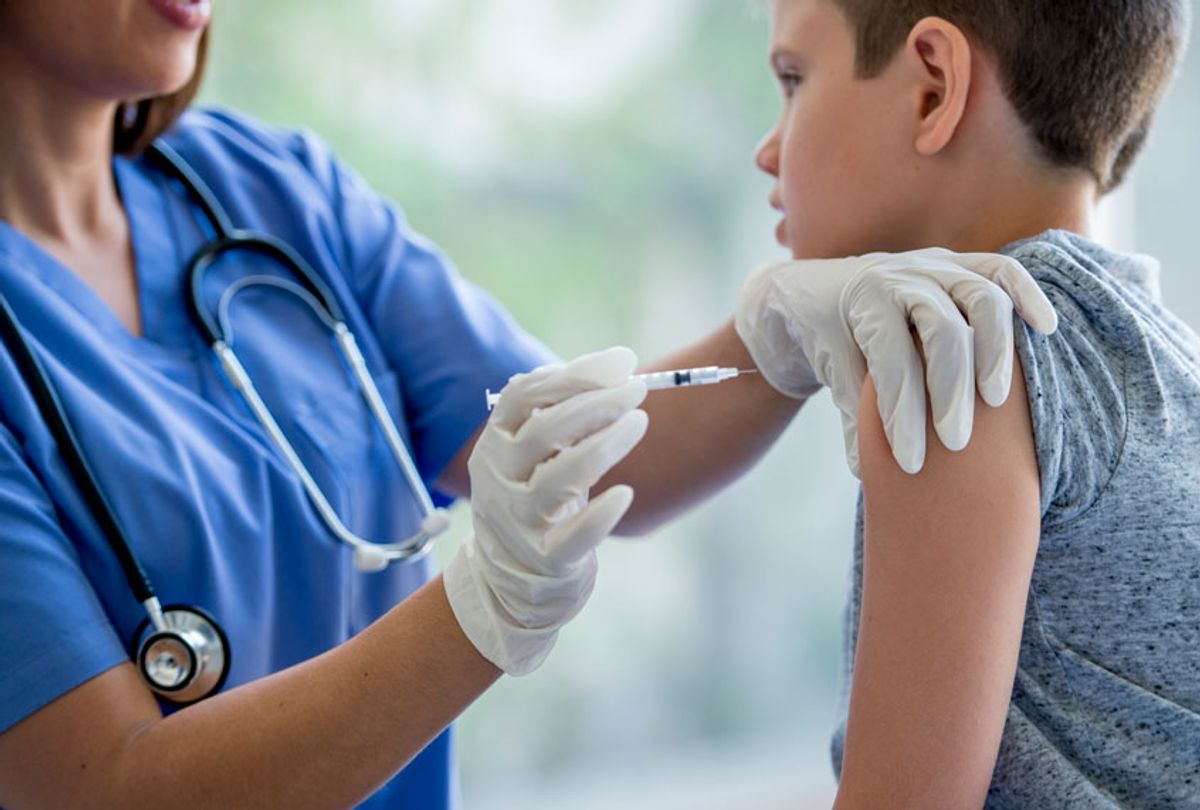 On their list of global public health threats, listed beside "dengue fever," "air pollution," and "HIV", the World Health Organization (WHO) has named “vaccine hesitancy” one of the top ten health perils it pledges to prioritize in 2019. In other words, the anti-vaccination movement, which has inspired many in first-world countries to refuse or hesitate vaccination for easily-preventable diseases, is now a threat to global health and, ergo, stability.

As the WHO writes, the anti-vaccination movement “threatens to reverse progress made in tackling vaccine-preventable diseases.”

“Vaccination is one of the most cost-effective ways of avoiding disease — it currently prevents 2-3 million deaths a year, and a further 1.5 million could be avoided if global coverage of vaccinations improved,” WHO states.

Measles, the organization notes, has seen a 30 percent increase globally from 2016.

“The reasons for this rise are complex, and not all of these cases are due to vaccine hesitancy.,” WHO states. “However, some countries that were close to eliminating the disease have seen a resurgence.”

In November 2018, WHO reported that the Americas, the eastern Mediterranean region, and Europe all saw a rise in measles in 2017. The only region in which cases declined were in the Western Pacific.

“The resurgence of measles is of serious concern, with extended outbreaks occurring across regions, and particularly in countries that had achieved, or were close to achieving measles elimination,” Dr. Soumya Swaminathan, Deputy Director General for Programmes at WHO, said in a statement at the time. “Without urgent efforts to increase vaccination coverage and identify populations with unacceptable levels of under-, or unimmunized children, we risk losing decades of progress in protecting children and communities against this devastating, but entirely preventable disease.”

It is the possibility of losing decades of medical advancements that is concerning for doctors, especially as anti-vaccination rates are increasing in developed countries like the United States. The Centers for Disease Control and Prevention (CDC) found that the number of two-year-olds who had not received vaccinations grew to 1.3 percent for those born in 2015, from those who were born in 2011 when the percentage was at 0.9.

If these rates continue to trend in an upward direction, preventable disease outbreaks may become more common.

“Any decline in immunization rates will result in an increase in vaccine-preventable diseases,” Gary Freed, Professor of Health Management and Policy at the University of Michigan told Salon in an email. “We have the opportunity now to prevent so many life threatening diseases and have saved countless lives through immunization. It would be a travesty for children’s health if there were widespread outbreaks of diseases which can kill or permanently damage children.”

Eve Dubé, a medical anthropologist and researcher at the Research Center of the CHU de Québec-Université Laval, told Salon she feared a decline in immunizations could lead to more outbreaks.

“Vaccine hesitancy means decline in vaccination rates, which could lead to more outbreaks of vaccine preventable diseases,” she told Salon in an email. “Public health [officials] need to apply different measures to deal with outbreaks, which takes time and energy and [to] divert resources from other important public health issues.”

The anti-vaccination movement can arguably be traced back to a fraudulent paper published by Andrew Wakefield and 12 of his colleagues in the Lancet, a prominent medical journal. The disproven research suggested that the measles, mumps, and rubella (MMR) vaccine was linked to autism, which caused vaccination rates to drop.

WHO says its vaccines advisory group has identified several reasons as to why the anti-vaccination movement is catching fire: complacency, inconvenience in accessing vaccines, and lack of confidence are at the core of vaccination hesitancy. It also has an in-depth guide on how to discuss vaccinations with those who are resistant to them.

Likewise, the CDC states that if vaccination rates continue to fall, diseases like the measles, whooping cough, and polio — which killed thousands of Americans each year in the middle of the last century — could become common again.

“What would happen if we stopped vaccinations?” the CDC states. “We could soon find ourselves battling epidemics of diseases we thought we had conquered decades ago.”