Quarterly GDP could shrink by half a percent, according to new estimate from Trump's Council of Economic Advisers 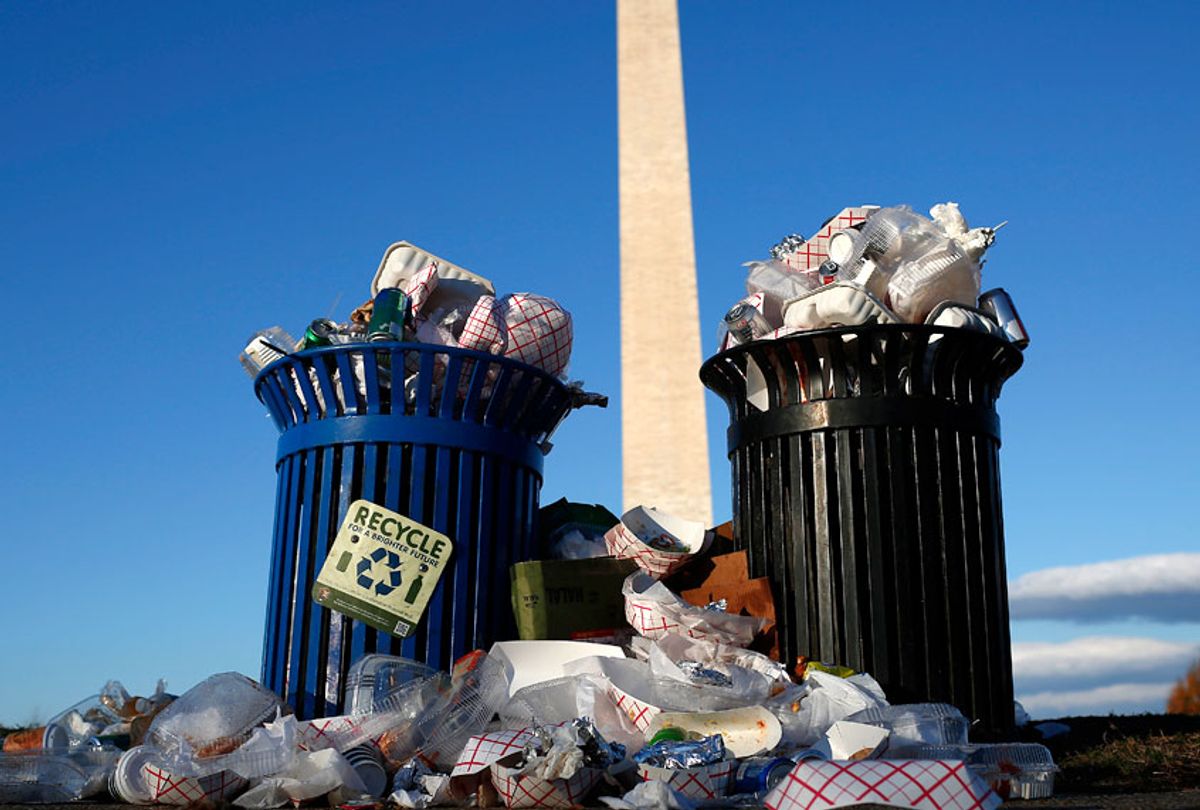 The White House has released revised estimates showing that the damage to the U.S. economy from the current government shutdown will be twice as great as they initially projected.

President Trump’s Council of Economic Advisers’ new estimates show that the partial shutdown, now in its fourth week, has already slowed economic growth and may push the economy into a contraction, The New York Times reported.

Kevin Hassett, who heads the Council of Economic Advisers, told CNN Wednesday that the new estimate was just “a little bit lower” and the “damage is a little bit worse” than their original estimates, noting that the council did not previously take into account government contractors who are going unpaid during the shutdown.

Trump has been relentless in his pursuit for $5.7 billion in funding for his proposed border wall, while House Democrats have refused to budge on his demand after Trump failed to secure any funding for the wall during two years of full Republican control in Congress.

According to an analysis from S&P Global Ratings, the shutdown will cost the economy more than the $5.7 billion Trump is demanding within less than two weeks.

The economy is taking a hit in part because 800,000 federal workers haven’t been paid since the shutdown began nearly a month ago.

Workers have on average missed more than $5,000 in wages as a result of the shutdown, amounting to more than $200 million in missed wages for each work day since the shutdown began, the Times reported.

The median federal worker’s annual salary is $77,000, though roughly 20 percent of federal workers earn less than $50,000 each year. Dozens of workers told the Times that they have less than one month’s worth of savings to get them through the shutdown.

On Tuesday, the Trump administration announced that it would recall 50,000 furloughed workers and put them back to work without pay by changing their status from “furloughed” to “essential” in an effort to reduce pressure from voters to end the shutdown, Bloomberg reports. Most of the recalled workers will return to work at the IRS to process tax filings and tax refunds despite Congress not approving funding.

The National Treasury Employees Union joined other federal workers' unions in suing the Trump administration over the shutdown this week, arguing that it is illegal to force the employees to process tax refunds that are not permitted during a shutdown.

On Tuesday, a federal judge rejected a request from the unions to issue an order for the government to pay its workers or let them accept jobs elsewhere during the shutdown.

The Trump administration has shrugged off the pain felt by hundreds of thousands of Americans. Hassett told PBS News over the weekend that federal workers were “better off” because of the shutdown because they didn’t “have to use their vacation days” during the holidays since they were on furlough.

Trump himself has taken an even more cynical approach. On Monday the president shared an op-ed from the conservative outlet The Daily Caller that was purportedly penned by a “senior Trump official.” The op-ed argued that 80 percent of the more than 2 million members of the federal workforce should be let go because, the author claimed, they provide “nothing of external value.”

"Furloughed employees should find other work, never return and not be paid," the op-ed said.