"Constant attempts to dismiss her as stupid are helping to highlight the casual racism and sexism," Krugman writes 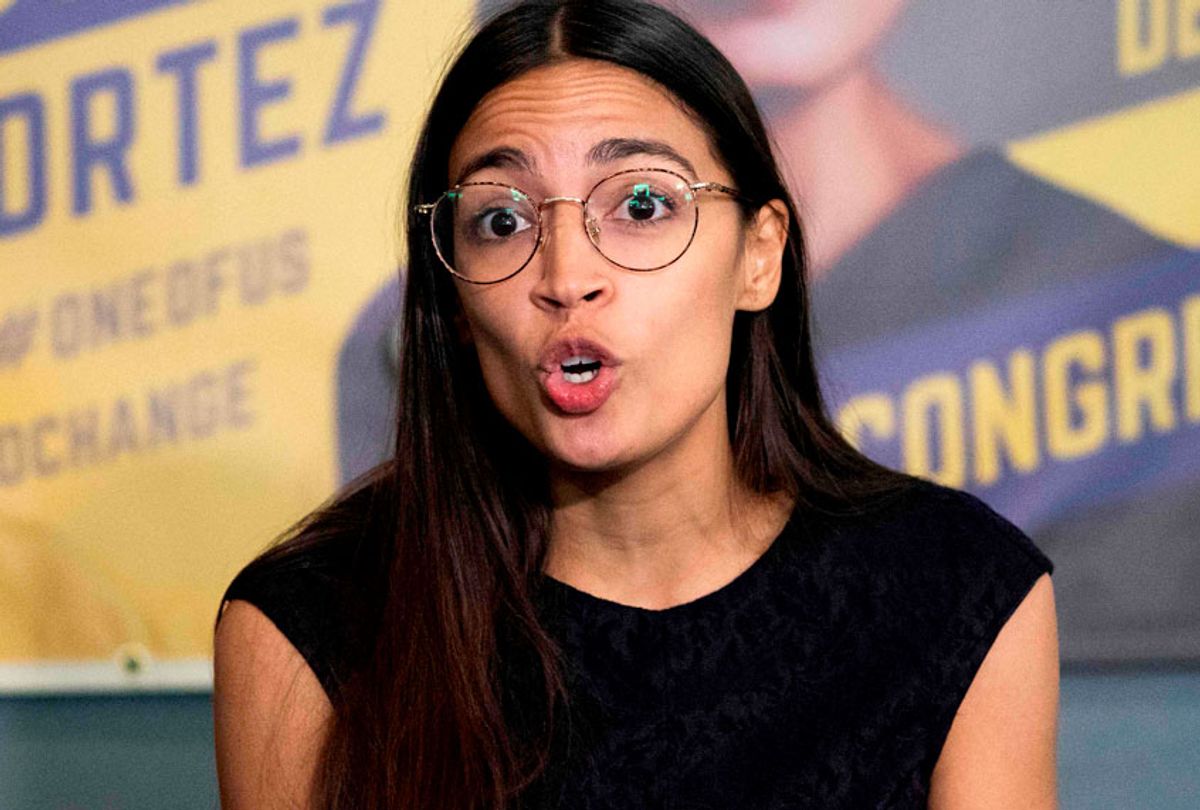 While stipulating that he is somewhat “uneasy” about the extensive attention that Rep. Alexandria Ocasio-Cortez (D-NY) has received in her short time in office, economist Paul Krugman argued on Twitter Wednesday that her prominence has had myriad benefits for the national discourse.

“She’s telegenic and her shocking rise makes a good story; but there are lots of impressive freshmen in this class, and she gets all the attention,” he noted. “On the other hand, she’s really talented at the modern media game, and is getting a hearing for ideas that more conventional politicians are afraid to touch — and the reactions of conservatives are pure gold.”

Many of the right wing’s bizarre attempts to discredit Ocasio-Cortez have largely backfired, whether it’s trying to shame her by posting a picture of her childhood home, reporting on her high school nickname “Sandy,” or even sharing a music video in which she — if you can believe it! — danced. But they’ve also tried to attack her by claiming that she is uninformed about basic economics and policy, often relying on implicit bigotry.

Krugman noted that these attempts “highlight the casual racism and sexism of so much discourse.” This is particularly true, he argued, because “she’s surely smarter than the median member of Congress, especially in the GOP, who is basically as dumb as a rock.”

Ocasio-Cortez, in fact, studied economics in college, while many Republicans who profess to understand the subject display almost complete ignorance of the entire subject beyond a few right-wing shibboleths. This isn’t to say the Ocasio-Cortez gets everything right — she doesn’t — but she is clearly held to a ridiculously higher standard than her critics are.

Krugman’s tweet storm was sparked by Ocasio-Cortez’s back-and-forth with former Wisconsin Gov. Scott Walker, who embarrassingly attacked her proposal for a 70 percent marginal tax on high incomes (which Krugman has previously defended).

“Explaining tax rates before Reagan to 5th graders: ‘Imagine if you did chores for your grandma and she gave you $10. When you got home, your parents took $7 from you.’ The students said: ‘That’s not fair!” Walker said on Twitter.’ “Even 5th graders get it.”

Ocasio-Cortez clapped back to Walker’s tweet, explaining why the failed governor was wrong. In doing so, her tweet received many times more engagement from Twitter users, exposing the GOP’s bogus talking points and a more accurate view about marginal tax rates to a broader audience.

As Krugman noted, this kind of interaction reveals the value in her elevated profile.

“So [Ocasio-Cortez] is both a real political talent and very useful as someone who flushes the ignorant prejudice of the right into the open,” he said. “So in the end it’s all good. A party that only had people like her to present its case might have problems, but there are plenty of experienced veterans and deep thinkers too. Not to slight the many other good people, but just compare the lineup of Pelosi, Warren, and Ocasio-Cortez with anything on the other side.”