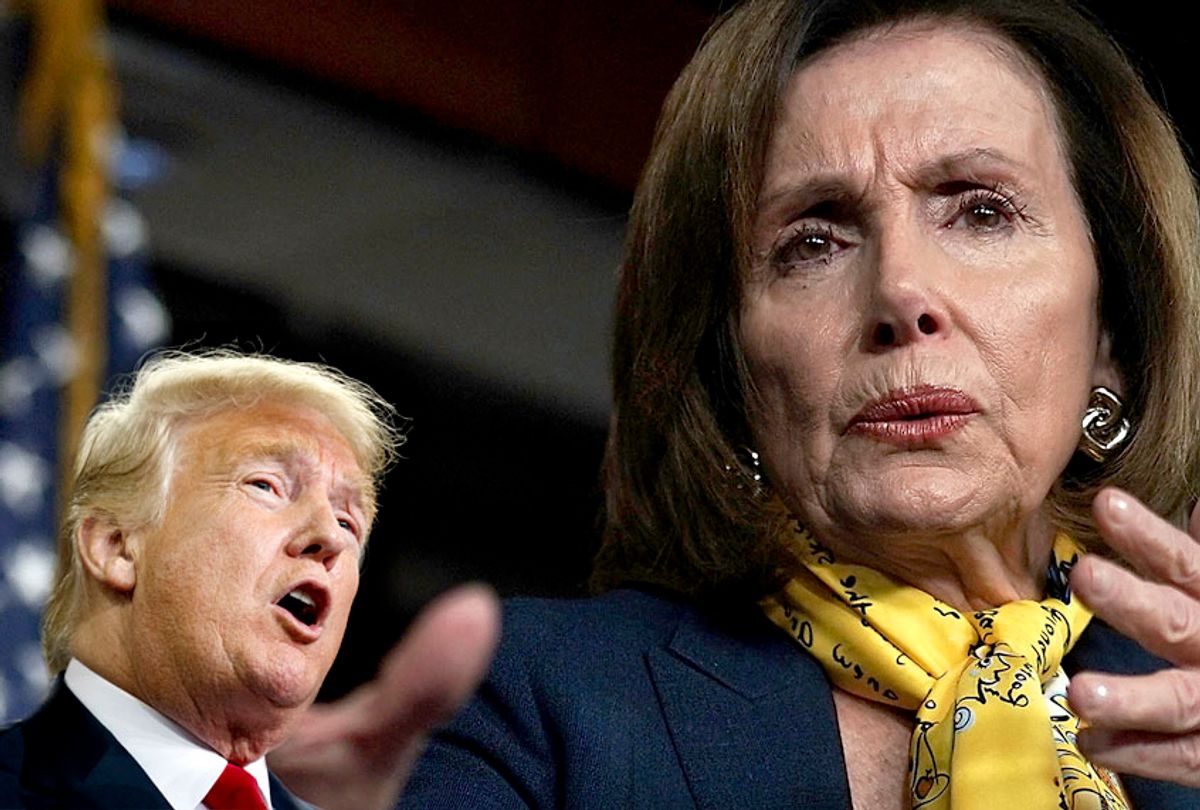 President Donald Trump on Thursday revealed and blocked House Speaker Nancy Pelosi’s classified trip with Congressional members to visit troops in Afghanistan over the Martin Luther King, Jr. holiday weekend, because he said she needs to be in Washington to negotiate with him.

“Due to the Shutdown, I am sorry to inform you that your trip to Brussels, Egypt and Afghanistan has been postponed. We will reschedule this seven-day excursion when the Shutdown is over,” the letter opens.

Trump’s note seemed like a snide attempt at clapping back at the Speaker for suggesting that he cancel his State of the Union address.

“In light of the 800,000 great American workers not receiving pay, I am sure that you would agree that postponing this public relations event is totally appropriate,” Trump’s letter says. “I also feel that during this period, it would be better if you were in Washington negotiating with me and joining the Strong Border Security movement to end the Shutdown. Obviously, if you would like to make your journey by flying commercial that would certainly be your prerogative.”

“I look forward to seeing you soon and even more forward to watching our open and dangerous Southern Border finally receive the attention, funding and security it so desperately deserves!”

Pelosi has already canceled next week’s “district week” so that members would be in Washington.

Pelosi has been at the Capitol working with new members to pass legislation. The House has passed spending bills that would fund the government but Senate Majority Leader Mitch McConnell (R-KY) has refused to take up the bills.

Polls show that Americans blame the president for the shutdown and a majority of Americans don’t want his border wall. Trump’s own aides have said that he will likely be forced to compromise on his wall.

Read the full letter below: