How bad was Donald Trump's week? Even "faithful lapdog" Lindsey Graham turned on him 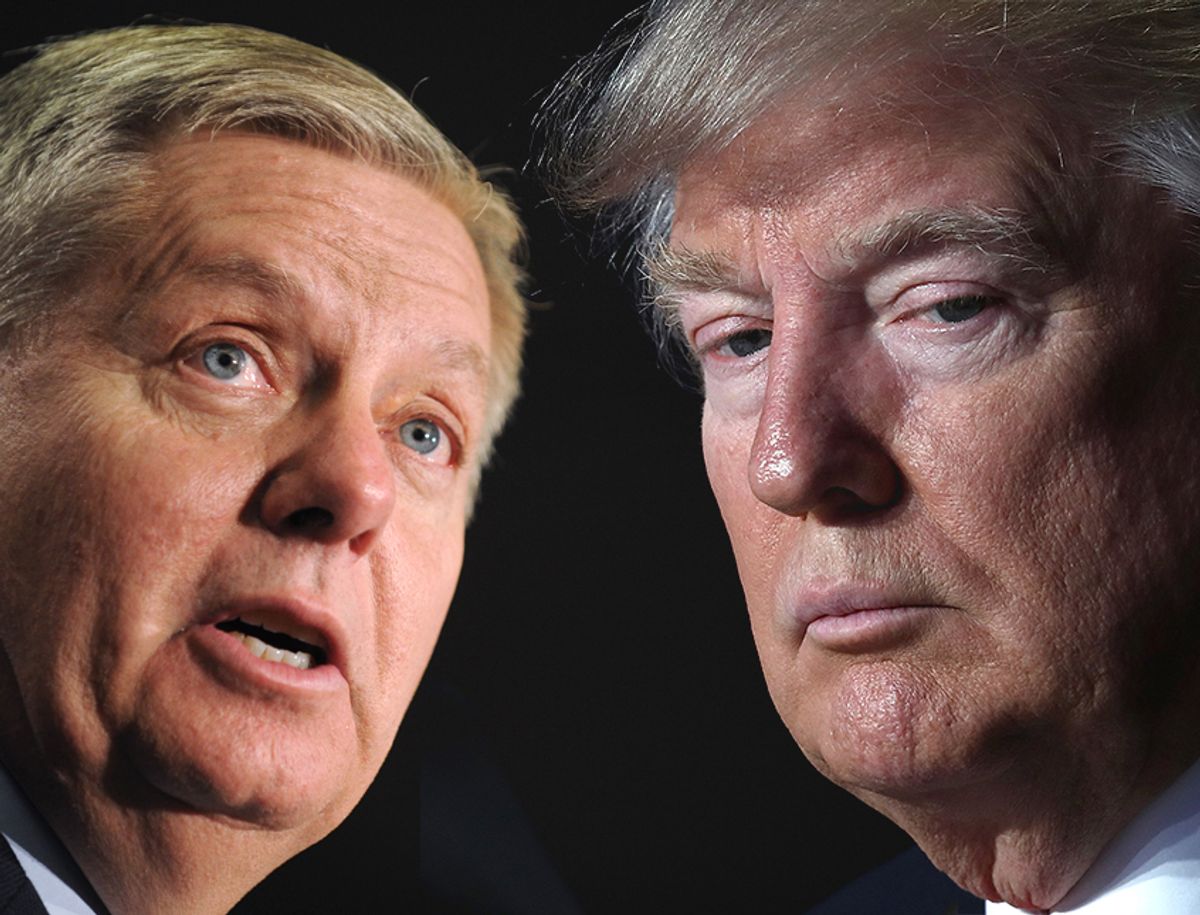 Conservative columnist Jennifer Rubin — a frequent critic of Donald Trump — absolutely reveled in a column in the Washington Post that claimed House Speaker Nancy Pelosi (D-CA) has outplayed and outmaneuvered the president all week long to the point that even Trump loyalist, Sen. Lindsey Graham (R-SC), had harsh words for him.

Comparing Pelosi to Lucy in the classic comic strip “Peanuts,” Rubin said that the Democratic leader continued to sucker Trump into thinking he could beat her at her own game, only for her to pull the football away when he took a run at it.

“House Speaker Nancy Pelosi (D-Calif.) pulled a fast one on President Trump on Wednesday by postponing the State of the Union address until the shutdown is over — or allowing him to submit his remarks in writing,” Rubin caustically wrote. “Trump feigned indifference. But he couldn’t contain himself — much as he could not control himself on the day Pelosi was sworn in and showed up in the White House press room to get some attention.”

According to Rubin, Trump’s knee-jerk response to being disinvited from addressing the nation by canceling a bipartisan visit to the troops overseas was one of his “most obvious blunders” in a week filled with them

“You cannot claim to be indifferent about a punch to the gut and then in 24 hours retaliate in such petty fashion while claiming — no, really — that this wasn’t about retaliation at all,” Rubin lectured. “Trump could not help appearing spiteful because, well, he was acting out of spite.”

Worse still for Trump, Rubin asserts, is that his bumbling pettiness even got on the nerves of Graham — who has, for reasons known only to him — become one of the president’s most reliable defenders.

“Trump thinks only of himself; national security is secondary,” Rubin wrote before noting “Trump’s move was blasted by Democrats but also by one of his most faithful lapdogs. Sen. Lindsey O. Graham (R-S.C.)” who called Trump’s SOTU snub response “sophomoric.”

“Trump makes his position worse with each new misstep. He misreads each situation and mistakenly believes he can outwit Pelosi,” the columnist asserted before — once again — alluding to the Lucy/Charlie Brown dynamic.

“In every encounter, Pelosi manages to effectively pull the football away, sending the Charlie Brown president skyward, only to land flat on his back. Bam! She got him once again,” Rubin mocked.