As the run-up to the 2020 election begins, there is one notable policy proposal to reduce income inequality 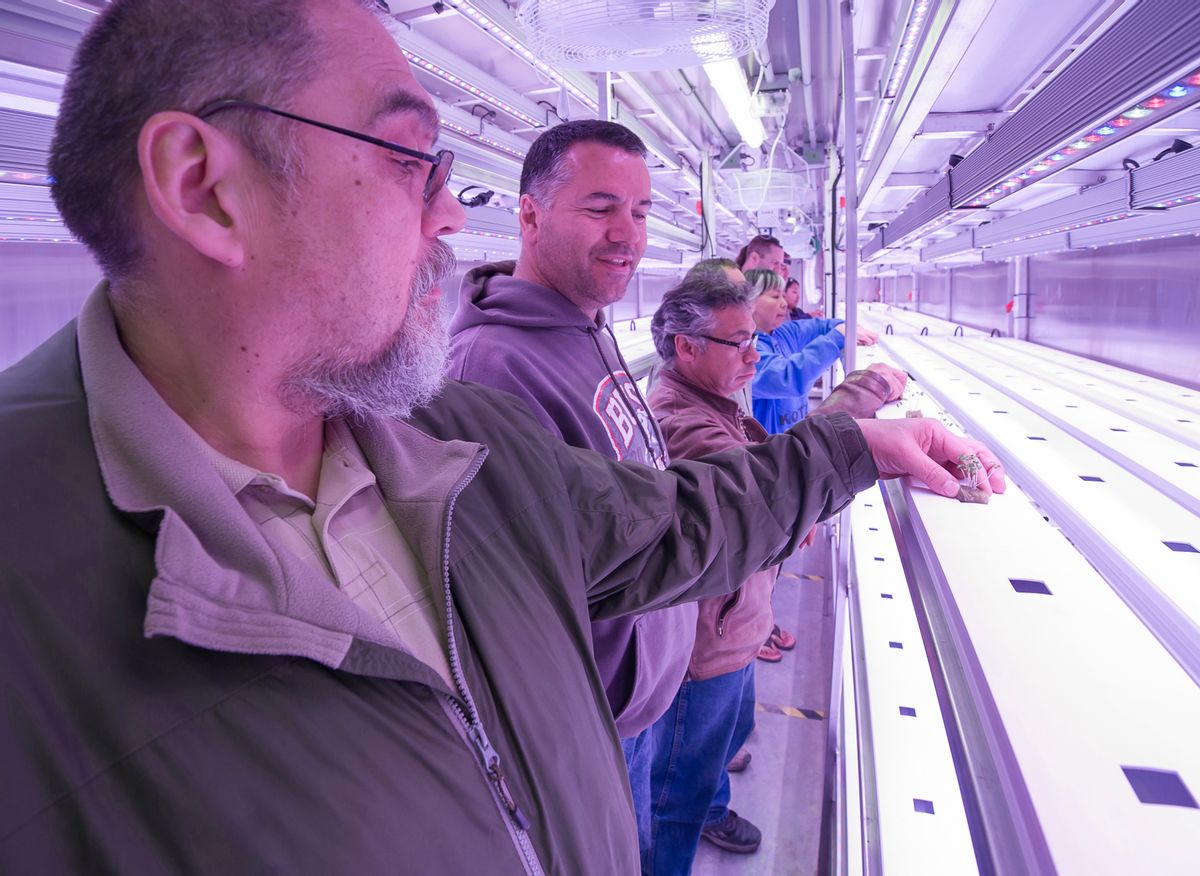 In this May 28, 2016 photo provided by Will Anderson, members of a local Alaska Native corporation board from left, Martin Shroyer, Calvin Schaeffer, Claude Wilson, Harold Lambert and Kathy Sherman watch the first crop planting inside the corporation's new indoor hydroponics farm in Kotzebue, Alaska. The goal of the venture is to grow kale, lettuces and other greens year-round, despite the region's unforgiving climate. (Will Anderson via AP) (AP)
--

The issue of income inequality is front and center in the American conversation. A recent poll showed 66 percent of Americans agree that money and wealth should be more evenly distributed in the United States. Instead, the rich are getting richer and wealth gap is increasing.

As the run-up to the 2020 election begins, there is one notable policy proposal to reduce income inequality — and it would not cost the taxpayers a dime.

That proposal is codetermination: a system that allows employees at large corporations to elect members of the boards of directors. With workers serving as directors, it is argued they would be in a much better position to obtain higher wages for themselves and block excessive management compensation packages.

Codetermination has been in effect in Germany, Scandinavia, and other northern European countries. And, if Sen. Elizabeth Warren (D-MA) has anything to say on the matter, it will be implemented in the US as well.

Warren is the first major Democratic candidate to announce her plans to run for president, having set up an exploratory committee on New Year’s Eve. Her rhetoric foreshadows a campaign centered on anti-corporate populism and income inequality.

“How did we get here? Billionaires and big corporations decided they wanted more of the pie. And they enlisted politicians to cut them a fatter slice,” Warren announced in a video sent to supporters.

Codetermination is a major part of sweeping legislation she introduced this last summer, the Accountable Capitalism Act. Her legislation would require that: