Could these be the next 8 states to legalize marijuana? 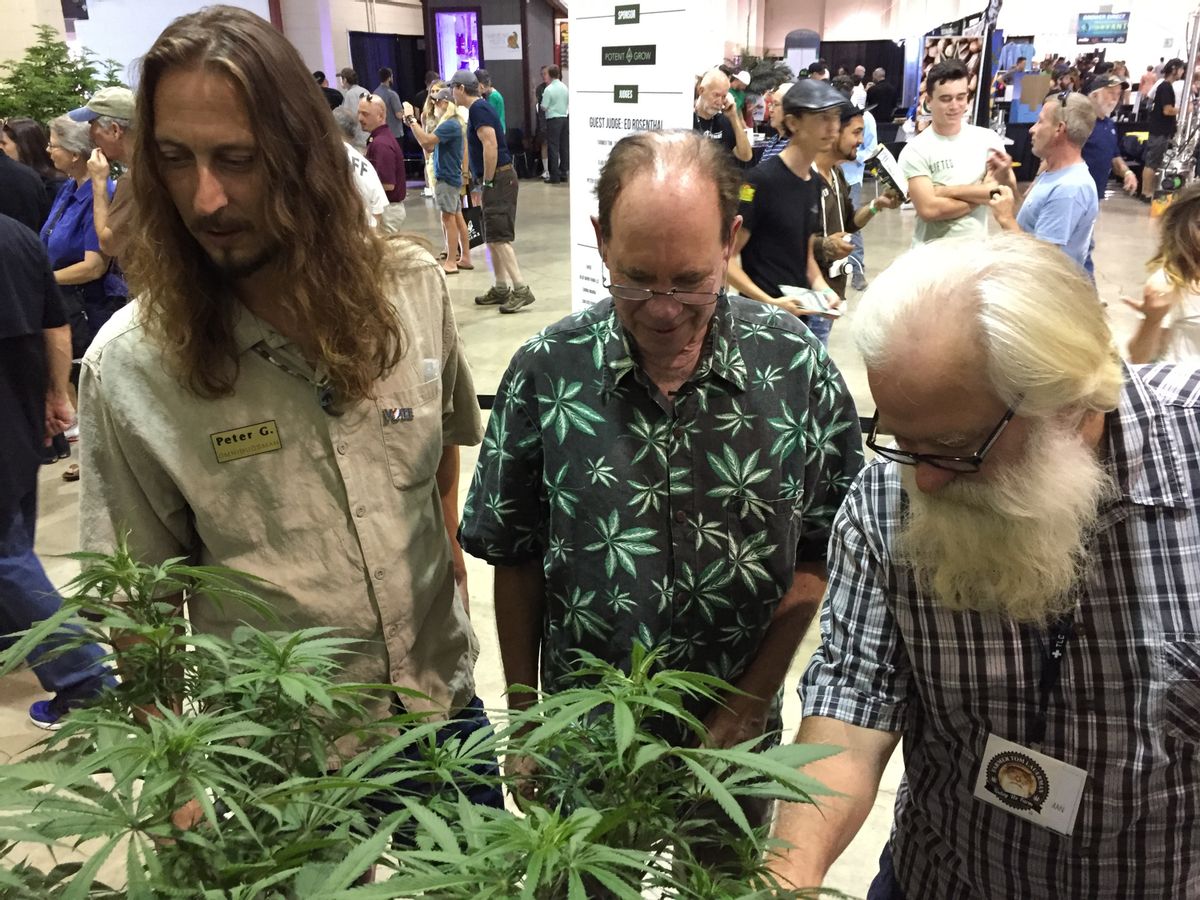 In November 2012, voters in Colorado and Washington made those states the first to break with nearly a century of marijuana prohibition. In the years since then, the number of states that have legalized marijuana has grown to 10 (plus the city of Washington, D.C.). In the meantime, support for marijuana legalization is steadily rising, with Gallup reporting in its most recent poll that two-thirds of Americans now favor freeing the weed.

Of the 10 states that have legalized it, all but one did it through the initiative and referendum process. But only half the states have that democratic tool, and most of the ones where legalization has strong support have already used it to end state-level pot prohibition. This electoral off-year will see attention turn to the statehouse, as, after Vermont broke the log-jam last year, state legislatures finally appear ready to lead from behind.

Most states that have not yet legalized pot will see legalization bills filed this year, but the legislative process is slow, cumbersome and subject to bottlenecks by hostile committee chairs. It’s a long way from filing a bill to seeing it pass, and it can take years to move controversial bills, but there are at least eight states that have some chance of getting a bill through this year. Since the West Coast has already gone green, and since the interior West, the tier of prairie states, and the South are all generally more socially conservative, most of the states with the best chances are in the Northeast.

We’ve divided those states into two tranches: those with a really strong shot this year and those who, with any luck, will get over the hump. Here we go:

States Most Likely to Legalize It This Year

Incoming Democratic Gov. Ned Lamont is a strong supporter of legalization who has vowed to get it done in his first 100 days in office. While he may want to talk to New Jersey Gov. Phil Murphy about that timeline (Murphy made a similar vow last year, but it hasn’t happened yet), Lamont is blessed with strong Democratic majorities in both the House and Senate and has a progressive caucus that sees legalization as a money-maker for the state.

Incoming Democratic Gov. J.B. Pritzker is another new chief executive who made marijuana legalization a key plank of his platform. Upon being elected in November, Pritzker said he wanted to legalize it immediately once the legislature convened this month, a pledge he repeated Monday in his inaugural address. With the Democrats in control of both houses as well as the governorship, Illinois could soon join Michigan as a Midwestern marijuana outpost.

Well, it’s taken longer than the 100 days Gov. Phil Murphy (D) promised when he took office a year ago, but the Garden State is teetering on the verge of legalization right now. In November, committees in both the Assembly and the Senate approved a legalization bill, but final approval was delayed as legislative leaders and the governor squabbled over tax levels and whether a full-time marijuana commission was required. Now, in a move that could seal the deal, three moderate Senate Republicans are offering to support the legislation in return for concessions from the governor to ensure funding of opioid treatment and some other pet projects. New Jersey is very close.

For years, Gov. Andrew Cuomo (D) staunchly opposed marijuana legalization, but he reversed course last year and by December was calling for it. After carefully laying the groundwork with a Health Department study that found legalization’s positive effects outweighed its negatives and the creation of a task force to make recommendations on what it should look like, he unveiled his legalization plan this week with a proposal for heavily taxed and highly regulated industry. New York City Mayor Bill de Blasio is also onboard. Cuomo has said making legalization happen is one of his top priorities this year, and it’s going to be all the easier now that the Democrats have taken control of the Senate, where Republicans have for years thwarted reform efforts.

States with a decent shot this year

A bill to legalize marijuana won a majority in a House floor vote last year but fell short of the super-majority needed under state law because it included a taxation component. While that bill’s authors both retired, so did a number of House members who either voted against it or abstained. This year, marijuana reform supporters are seeking to craft legislation that has bipartisan support. They’ll have to do it without the support of Gov. John Carney (D), who, while not explicitly threatening to veto a legalization bill, has said, “I just don’t think we should be a leader there.”

Incoming Gov. Tim Walz wants to legalize marijuanaand his Democratic Farm Labor Party took control of the House in the November elections. Incoming House Speaker Melissa Hortman (DFL-Brooklyn Park) hasn’t endorsed the notion but did say marijuana reform will be taken up in that chamber this year. The Senate, however, is held by Republicans, and at this point, they don’t appear at all interested in the issue, although Senate Majority Leader Paul Gazelka (R-Nisswa) has said he is willing to “look at empirical data and take a look at it.”

Incoming Gov. Michelle Lujan Grisham (D) favors marijuana legalization, arguing that it would be a boon to the state’s economy. Democrats control both the House and the Senate, and House Speaker Brian Egolf says if a bill made it to the House floor “it would probably pass.” It could be a tougher fight in the Senate, where six senior Democrats opposed a legalization move last year. They’re all still in office, and with the Democrats holding only a 26-16 margin in the upper chamber, either they will have to be swayed or some Republicans will have to come on board to get something passed.

Gov. Gina Raimondo (D) is a recent and somewhat reluctant convert to the cause, saying in Decemberthat she’s not sure it’s “practical to say we’re not going to legalize and regulate.” House Speaker Nicholas Mattiello (D) has been similarly reluctant, but, like Raimondo, is feeling the pressure of legalization and looming legalization in neighboring states. Senate Leader Dominick Ruggerio (D) has sponsored a legalization bill in the past but says he’s “not optimistic” about getting it done this year until concerns about workplace issues, edibles, and the impact on children are addressed. Still, those concerns could be addressed this year, especially if the House moves on it.

There you have it. Four states with very good shots and four with outside shots. Perhaps by year’s end, we’ll have four more legal marijuana states.

Phillip Smith is a writing fellow and the editor and chief correspondent of Drug Reporter, a project of the Independent Media Institute. He has been a drug policy journalist for the past two decades. He is the longtime author of the Drug War Chronicle, the online publication of the non-profit StopTheDrugWar.org, and has been the editor of AlterNet’s Drug Reporter since 2015. He was awarded the Drug Policy Alliance’s Edwin M. Brecher Award for Excellence in Media in 2013.