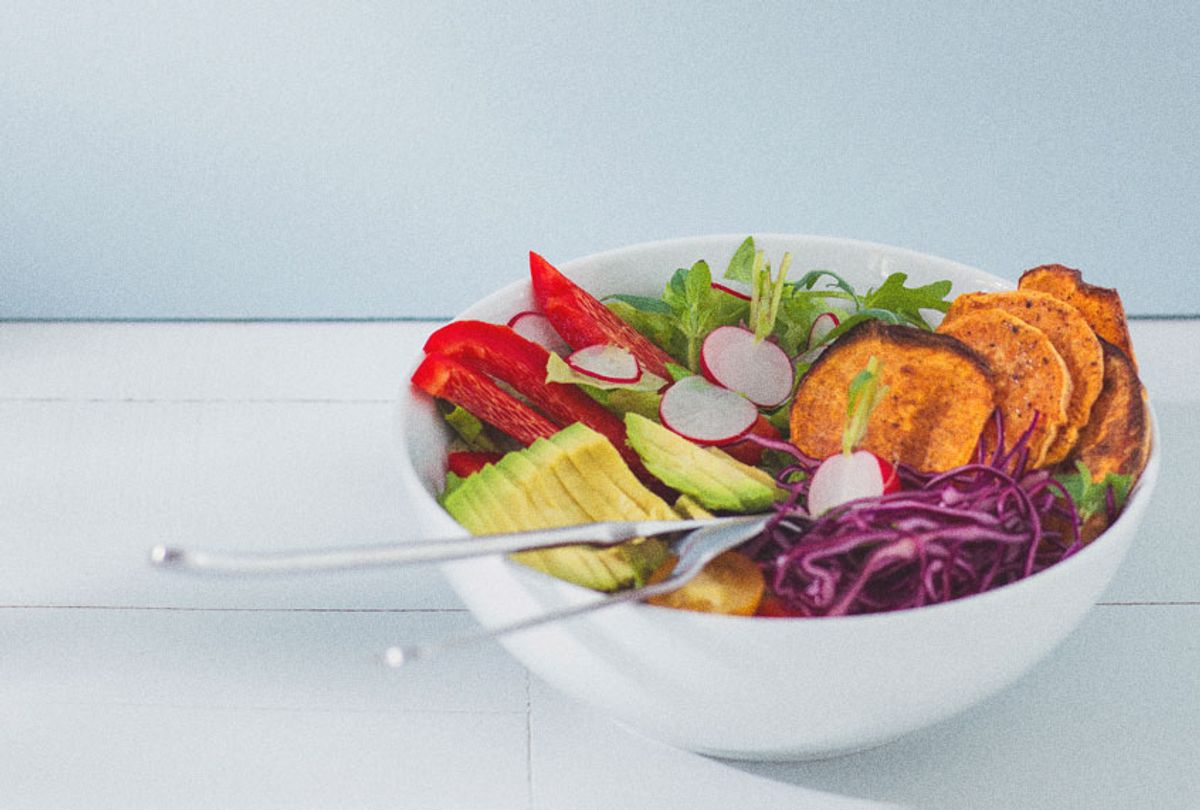 Thirty leading scientists from around the world have formed a commission to tackle two of humanity’s most pressing threats — poor nutrition and climate change — jointly, by proposing a universal diet that humans could opt in to.

“Food systems have the potential to nurture human health and support environmental sustainability; however, they are currently threatening both,” the report states. “Providing a growing global population with healthy diets from sustainable food systems is an immediate challenge.”

The proposed diet, which is called “the planetary health diet,” is based on a higher consumption of vegetables, fruits, whole grains, legumes, and nuts. Scientists in the commission say such a diet can both improve human health and increase the likelihood of meeting global sustainability goals. Scientists in the commission claim it is a “win-win” solution that has scientific targets using a planetary boundaries framework that is defined as “the safe operating space for humanity with respect to the Earth system and are associated with the planet's biophysical subsystems or processes.”

By 2050, Earth’s population is expected to reach 10 billion people. According to the authors, our current food production and diet habits  will "exacerbate risks to people and planet.”

The effort will be continue to be discussed throughout the year in a series of reports published in The Lancet by the commission, the first of which was published on January 16. In the latest report, scientists explain they hope their proposal will motivate policy makers to implement change to reshape the world’s food system — which, according to scientists, is currently unhealthy for many, the root of non-communicable diseases, and contributes to rising carbon emissions.

In addition to focusing on what consumers consume, the planetary health diet focuses on the role of farming plays and the impact it has on wildlife and pollution. It also addresses a widening paradox of this world: that 1 billion people across the world live in hunger, while another 2 billion people are obese.

According to the proposed diet, the optimal daily intake of whole grains, starchy vegetables, fruit, dairy, protein, fats and sugars, should lead to a total calorie intake of 2,500 per day. Many would likely have to decrease their intake of red meat and sugars by more than 50 percent. According to the authors, North America eats nearly 6.5 times more than the recommended amount of red meat. South Asia eats 1.5 times the proposed amount of starchy vegetables. In exchange, nuts, fruits, vegetables, and legume consumption should more than double.

To put the proposed diet into perspective, it would essentially allow for one beef burger and two servings of fish a week. Most protein should come from legumes and nuts, the diet proposes. One glass of milk a day fits within the guidelines, as does a few eggs a week.

The report acknowledges this would be difficult for many to follow universally, and is vague as to whether there would be social policy involved or merely the individualization of responsibility.

“Humanity has never aimed to change the global food system on the scale envisioned,” the report states. “Achieving this goal will require rapid adoption of numerous changes and unprecedented global collaboration and commitment: nothing less than a Great Food Transformation.”

If successfully implemented, the authors estimate 10.9 to 11.6 million deaths could be avoided every year. To enable the world to follow the diet, the report suggests five strategies, one of which is subsidies. The report also states that incentivizing farmers to shift food production away from large quantities of a few crops to a more diverse production of nutritious crops could be beneficial. The commission says that an effort to reduce food waste can be made by improving harvest planning in low and middle income countries. It also suggests that the shopping habits of consumers in high-income countries need to be improved, too.

This report is an example of how consumers are expected to make changes their behavior to save the world, a paradigm that is often criticized considering an estimated 100 companies are responsible for 71 percent of the world’s global emissions. Proposals that individualize responsibility to save the planet —  such as dietary changes or using fewer straws — are often critiqued for insufficiently identifying that systemic problems require systemic solutions (meaning regulation). Notably, the world’s food system is responsible for nearly one-third of all greenhouse gas emissions, and a separate report by the InterAcademy Partnership (IAP) claimed that revamping a global diet could transform the system.

Regardless, scientists say this idea should be taken seriously by those who can lead the way for change.

"The stakes are very high," Dr. Richard Horton, editor in chief at The Lancet, told CNN.