This simple, perfect potato soup will feed your soul all weekend

Bowl food for one 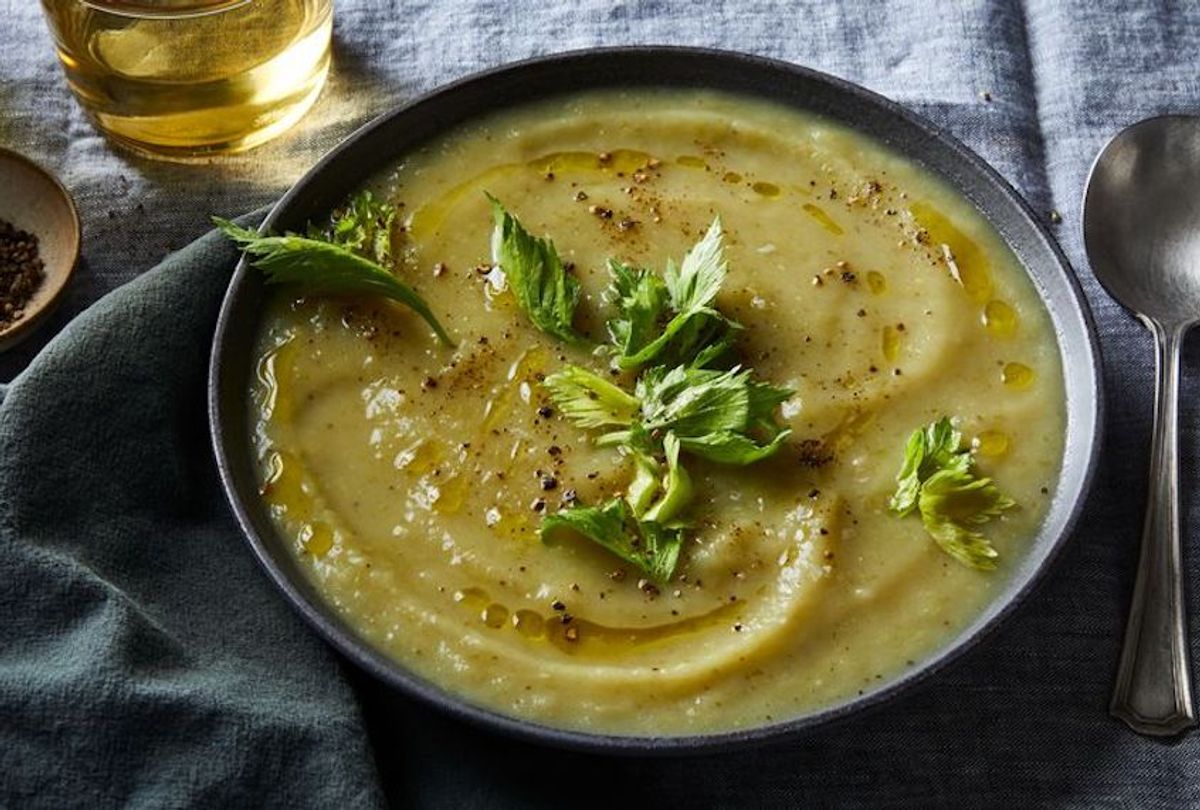 I love celery seed; it's probably my favorite spice in the drawer. Which is weird because I hate fresh celery—it's cold, fibrous, and unfeeling (and I once read that you actually lose calories just by chewing it).

But eventually Nigella Lawson taught me, through cooking, to appreciate its flavor. To treat it (and its seed) like a spice. Turns out Apium graveolens, once you stop and smell its stalks, has a light herbal quality that wonderfully perfumes whatever you add it to. And so, began my life-long journey cooking with it as an ingredient (rather than despising it on its own) in all manner of dishes, including risotto, stew, and this potato soup.

This soup came about because I like soup. A lot. For a variety of reasons. But Lawson said it best in this NPR interview, where she talks about "bowl food" (food you eat out of a bowl): "I like the feeling of eating when every spoon or forkful is reassuringly the same as the last. . . And then, of course, there are days when chewing feels like too much and I'm very happy to have soup."

On those days when even chewing can feel like too much, it helps to have a recipe that's as easy to cook as it is to eat — or, er, drink. For this soup, all you do is throw everything into a pot, boil it for a bit, and then puree it. The rewards for this minimal amount of effort are maximal: You have something warm and comforting to eat through the entire weekend.

And should you have any left over, soup travels particularly well in a thermos, which means you can take it to work and sip it at your desk.

Cooking for one doesn't just mean single portions of chicken breasts or plates of risotto you only eat once. It also means keeping simple recipes like these in your repertoire so that you can sustain yourself throughout the week. This time of year, I love having a big Dutch oven full of potato soup waiting for me at home, either to have on its own with crusty bread, or as a makeshift appetizer while I cook myself something more substantial to eat — like fish, steak, or more soup.

Soup is the one thing I wouldn't want to make just one bowl of anyway, especially when it's as aromatic as this one (even though you only need a handful of ingredients for it: celery, celery seed, potato, onion, and stock). But the thing I love most about this recipe is that it lets me use up all that leftover celery sitting at the bottom of my crisper drawer.

Raise your hand if you've ever bought an entire head of celery, only to be asked by a recipe for two measly ribs? A stalk of celery is always so much cheaper than any of the pre-chopped, pre-sticked packages you can find at the store these days, which is why I never buy the latter.

Here's where you can put the other seven to eight ribs to use, finally, and enjoy a solo night of endless not-chewing.