The "Yes Men" bring out the utopian dimension of hoaxing 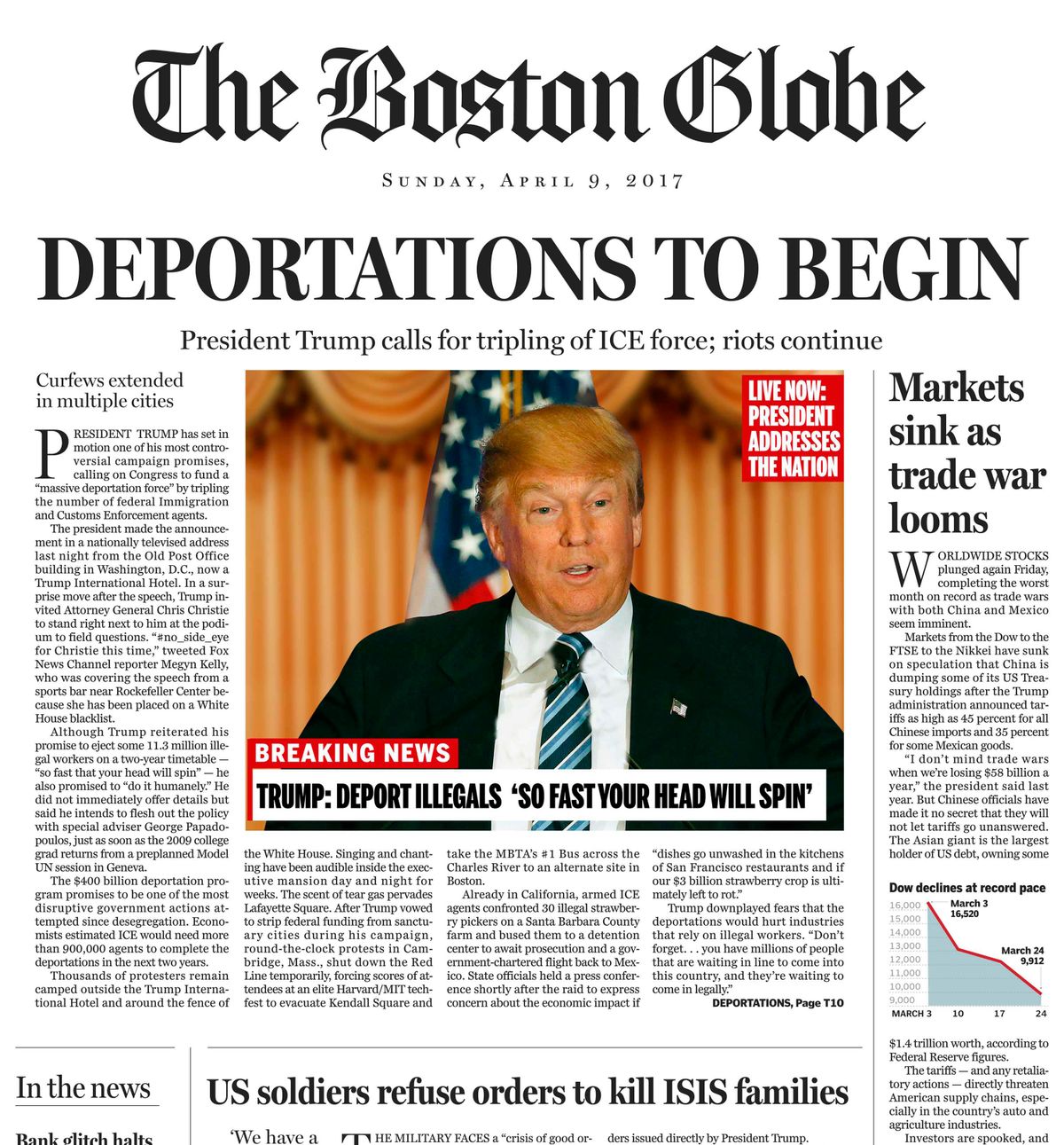 Last fall, the New York Times announced the death of one of the world’s most celebrated and irreverent media hoaxers: “Alan Abel, Hoaxer Extraordinaire, Is (on Good Authority) Dead at 94.” For a public satirist who had once falsely announced his own death (published by the Times in 1980), news of his passing was met with some initial skepticism. But mostly, the public expressed their sadness along with their appreciation for Abel’s life and work.

Abel had after all enjoyed a 50-year career as a professional media hoaxer, hoodwinking journalists and the public on issues as diverse as the indecency of naked animals, the art and craft of panhandling and the mass fainting of television audiences.

In their tribute, the Yes Men, an influential media activist group, refer to Abel “as the undisputed master of modern media pranks.” They call Abel their inspiration and describe him as a political commentator engaged in mischief-making to reveal uncomfortable truths about the society in which he lived.

The Yes Men take great care to explain that Abel wasn’t in the business of creating “fake news.” Rather he produced sensational hoaxes firmly grounded in truth to expose “absurd and ugly hegemonic reality.”

Alan Abel’s legacy opened the door for groups like the Yes Men to participate in the creation of stories that feature sensational arcs and biting political commentary. For the Yes Men (founded by Andy Bichlbaum and Mike Bonanno), hoaxes have emerged as a proven tactic to generate public discourse on social justice issues that are not generally given space, time and visibility in mainstream news media.

Our global news ecosystem does not generally include the views and struggles of marginalized social movements. Therefore, activists must adapt unconventional strategies to help the public gain access to information they need to assess core issues and policies.

In other words, because social justice issues are regularly ignored or dismissed by mainstream news media, access to dominant media outlets must be won, if not stolen.

Rather than embracing traditional methods of protest to achieve these goals, the Yes Men have leveraged humor as a primary means of bringing important issues to light.

In 2004, the Yes Men impersonated World Trade Organization (WTO) officials at an international conference and delivered a speech wearing a golden, phallus-shaped leotard. The “spokesperson” explained the organization’s next forays into unethical remote labour management. The image of a WTO representative sporting an inflated golden phallus deftly conveyed the ideological fault lines of global capitalism and one of the world’s most powerful institutions.

When the Yes Men impersonated Shell Oil in 2012 and threw a lavish party at Seattle’s Space Needle to announce its plans for extended drilling operations in the Arctic, the pomp and hubris of the company was on full display. The humorous spectacle added visibility to Shell’s poorly publicized oil extraction agenda.

These examples showcase how humor and hoaxing can work in the service of broader activist endeavours. As Mike Bonanno of the Yes Men says:

“We want to promote the idea of direct-action protest, putting your body on the line. But this is a way to do it that’s really funny that people aren’t accustomed to. You think of direct-action protestors as people who go around breaking windows. But, really, it can be fun and funny … we want to promote this idea that we should be out there doing things, acting on our ideals.”

Humor as a tool for dissent

The notion that activists can incorporate humor and hoaxing in the expression of dissent and the elaboration of progressive ideas is indebted to the Yes Men’s body of work. Since 2012, the group has inspired over 43 mediated campaigns by mentoring and collaborating with a wide range of activist organizations.

The earliest examples of Yes Men work position their targets as objects of ridicule in need of reform. Powerful figures and entities are satirized to reveal their short-sighted vision and/or faulty logic.

President George W. Bush served as the first and most visible Yes Men target during his 2000 presidential bid. Through a fake GWBush.com website which generated over 6 million hits, the group shed light on Bush’s plans “to help the rich at the expense of the poor and the environment.” One of Bush’s greatest aims, the site stated, was to “grant corporations full human status.”

When the Yes Men posed as representatives of multinational oil company Halliburton in 2006, they announced the prototyping of the Survivaball, a spherical and wearable technology that resembles an amoeba-like organism. The Survivaball was promoted as a “gated community of one” designed to ensure that corporate managers continue to work safely in the advent of any climate change-related disasters.

These examples of media hoaxing were designed to illustrate the failures of corporate and political leadership, but the group’s early hoaxes fell short of offering tangible solutions to the problems described.

In over two decades of strategic experimentation, the Yes Men have diversified their techniques; they now put greater emphasis on the utopian dimensions of hoaxing. So instead of merely creating false headlines, they also present progressive solutions to pressing contemporary problems.

A 2008 fake edition of the New York Times announced the end of the Iraq War, a UN weapons ban, national public health insurance in the U.S. and free tuition at American public universities.

A 2009 fake press conference where the Yes Men posed as representatives of the U.S. Chamber of Commerce affirmed the Chamber’s support for strong climate legislation, a position the organization had long rejected.

A 2014 hoax saw the U.S. Department of Energy announce a nationwide conversion to renewable energy sources by 2030, with ownership of the new power generation facilities being transferred over to Native American nations.

In 2019, the Yes Men are fundraising towards a bold intervention — a “top-secret project” with a clear target and goal: “Stop Trump, jump-start the future.”

We are living in an era where “fake news” stories created by governments, individuals and organizations are engineered to deceive the public for political gain. These activities have simultaneously increased public skepticism and lowered trust in mainstream media and other institutions. They have also bolstered political partisanship, trolling and radicalization.

By deploying humor in the realm of social justice activism, hoaxers offer a critical counterpoint to the notion that all deception is inherently destructive. People like Alan Abel and the Yes Men have channelled creative tools to enhance democratic discourse and to spur political action.