Judge strikes down Scott Walker's vote-suppression measure, but Republicans will fight on — at taxpayer expense 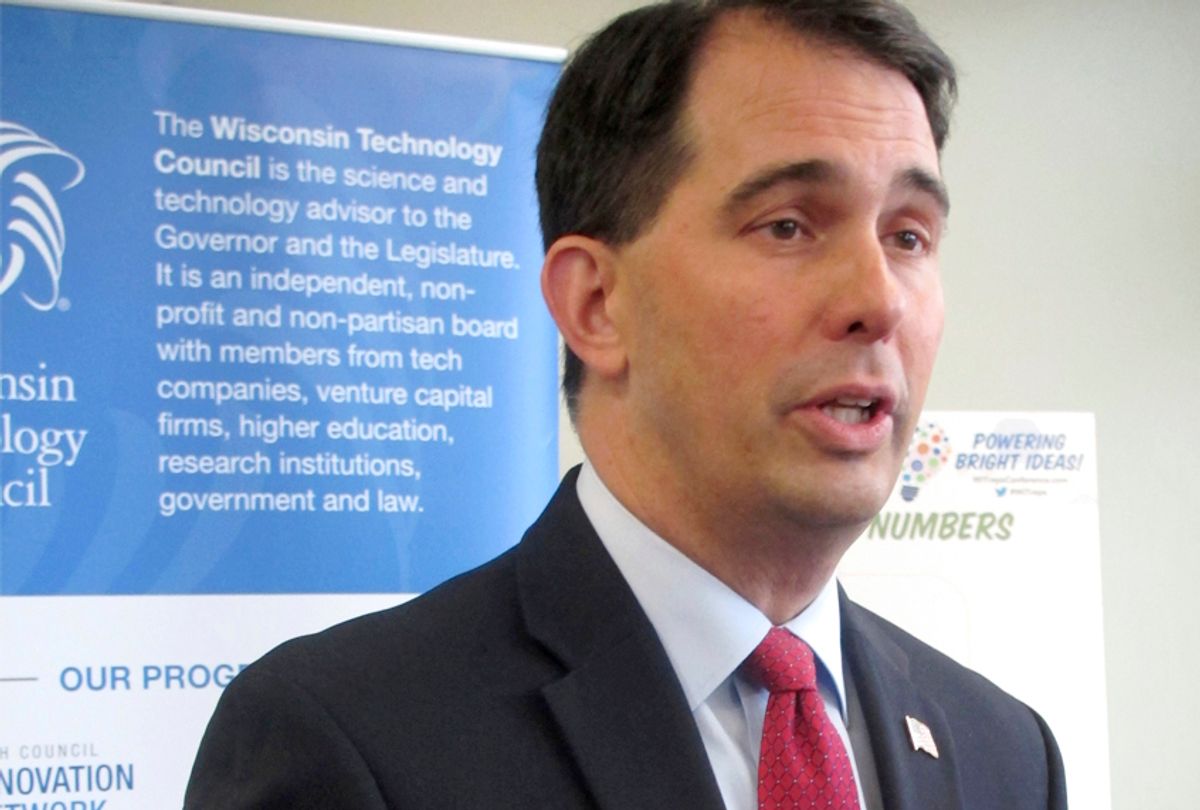 A federal judge ruled last week that Wisconsin Republicans violated a federal court order by approving restrictions on early voting and other election issues during a lame duck session before the new Democratic governor was sworn in.

U.S. District Judge James Peterson blocked a law signed by outgoing Republican Gov. Scott Walker that limited early voting to two weeks before the election and restricted in-person absentee voting and the forms of ID that can be used to vote.

Peterson wrote that the legislation violated a 2016 court order that blocked the state from making similar changes.

“This is not a close question,” Peterson wrote. “The three challenged provisions are clearly inconsistent with the injunctions that the court has issued in this case.”

In that case, Peterson ruled that the state’s voter ID and limits on in-person absentee voting were unconstitutional, the Wisconsin State Journal reported. The case was appealed to the Seventh Circuit Court of Appeals which is yet to rule on the matter.

The state argued that the new laws were different from the 2016 legislation, which Peterson rejected.

“If the court accepted defendants’ argument, it would mean that a legislative body could evade an injunction simply by reenacting an identical law and giving it a new number,” he wrote.

The election restrictions were part of a larger set of bills passed by Wisconsin Republicans during last year’s lame duck session that were signed by Walker right before he was replaced by newly-elected Democratic Gov. Tony Evers. Progressive groups Citizen Action of Wisconsin and One Wisconsin Institute sued over the moves.

Evers said after the ruling that he as “glad to see that a federal [court] again struck down the GOP’s unconstitutional attacks on our right to vote.”

A second lawsuit filed by progressive groups, including the League of Women Voters, Disability Rights Wisconsin and Black Leaders Organizing for Communities, that was filed in the same court is seeking to have all the new laws passed by Republicans during the lame-duck session voided, arguing that the session was illegal. A judge is yet to rule on the case but experts told the Milwaukee Journal-Sentinel that the plaintiffs face an “uphill climb.”

Along with the voting restrictions, Republicans passed multiple laws stripping power from Evers before he was sworn in.

The legislation, among other things, gave the Republican-controlled legislature control over the state economic development agency, stripped the incoming Democratic attorney general of certain powers, and barred Evers from pulling out of a lawsuit seeking to overturn Obamacare.

The legislation also requires Evers to get permission on any moves to restrict guns or to adjust programs run jointly by the state and federal government. Evers was also barred from renominating officials already rejected by the state Senate.

The bills also allowed the legislature to replace the solicitor general, who represents the state in court in important matters, with their own attorneys.

But that move could backfire on the Republicans, wrote the Journal Sentinel’s Patrick Marley.

“To intervene in the case, Republicans are using a provision of the lame-duck laws that gives legislative entities the automatic right to insert themselves into cases when statutes are challenged in court,” he explained. “By voluntarily getting involved in the lawsuit, legislators would likely give up legal immunity that ordinarily protects them from lawsuits. Without immunity, the lawmakers could be forced to turn over documents or sit for depositions.”