Nancy Pelosi teaches us how to perfectly own narcissists like Donald Trump, therapist says

Pelosi is an "example of how to respond to such a difficult person in the workplace,” Stephanie Sarkis writes 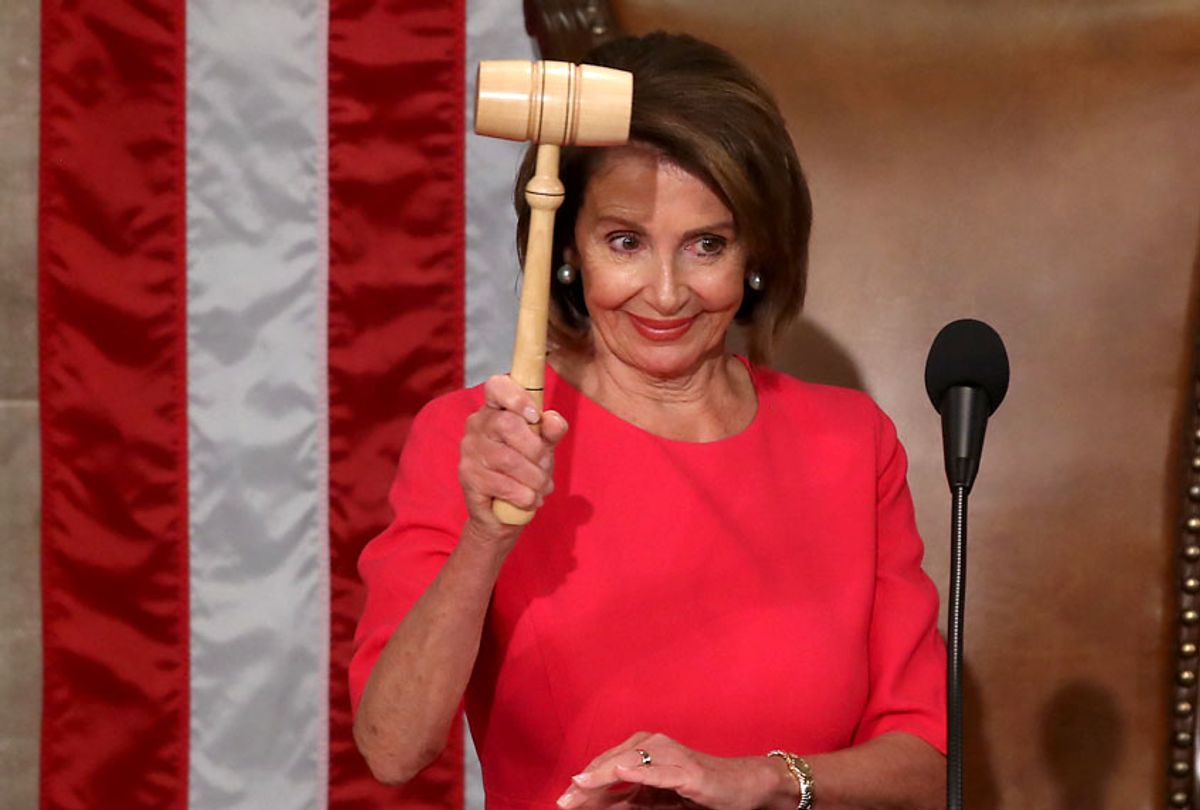 Not everyone has the opportunity to work with President Donald Trump. But therapist Stephanie Sarkis PhD observes that many people have to deal with gas-lighters, bullies and other toxic people in their workplace.

Sarkis looks to House Speaker Nancy Pelosi’s strategy in dealing with Trump and draws lessons that can be applied to the U.S. workplace.

“Speaker of the House Nancy Pelosi has to work with a gaslighter/narcissist – and she gave an excellent example of how to respond to such a difficult person in the workplace,” she writes in Forbes. “Whatever political leanings you have, you most likely have a gaslighter/narcissist in your workplace. Learn from Pelosi’s example on how to handle communicating with one.”

Sarkis points out that when President Donald Trump refused to fund the government over money for his wall, Pelosi responded by canceling his state of the union speech. And she did it in a letter that perfectly shows how to deal with difficult people.

First, Sarkis commends her medium of communication. “Pelosi didn’t tweet a comment – she wrote a letter and signed it,” she says.

A common personality trait for a gaslighter is the failure to accept responsibility. This has been evident in Trump’s actions, such as by blaming the shutdown on Democrats.

“Gaslighters/narcissists rarely take responsibility for their actions. But you can mention how their behaviors got you to this point – even without specifically naming it,” Sarkis says.

Instead of resorting to name calling, as the president often does, Pelosi expressed exactly what happened, without getting overly emotional. “Pelosi stuck to facts. She did not state how she felt about Trump, or the shutdown. The only sentence in the letter that could be somewhat construed as emotion was “Sadly, given the security concerns . . .” Although “sadly” appears as appropriate professional writing in this context rather than an emotionally-charged word.”

“Leave emotions out as much as possible,” she concludes.

She also emphasizes setting clear boundaries and sticking to them.

“When working with a gaslighter/narcissist, take control of the situation by giving him a “forced choice” – option A or option B. The gaslighter/narcissist will usually come up with their own option that suits them, but is to the detriment of everyone else. Repeat option A or B again. Repeat them again if the gaslighter tries to obfuscate. (This is called the “broken record” technique.) These are the options. Period. There is no wiggle room.”

Sarkis brings up a few other strategies, such as keeping communications brief, grounding your argument in history, and concluding with a clear call to action. In the end, Pelosi is likely to prevail, Sarkis notes. “Gaslighters/narcissists usually undermine themselves in the end through their own actions.”