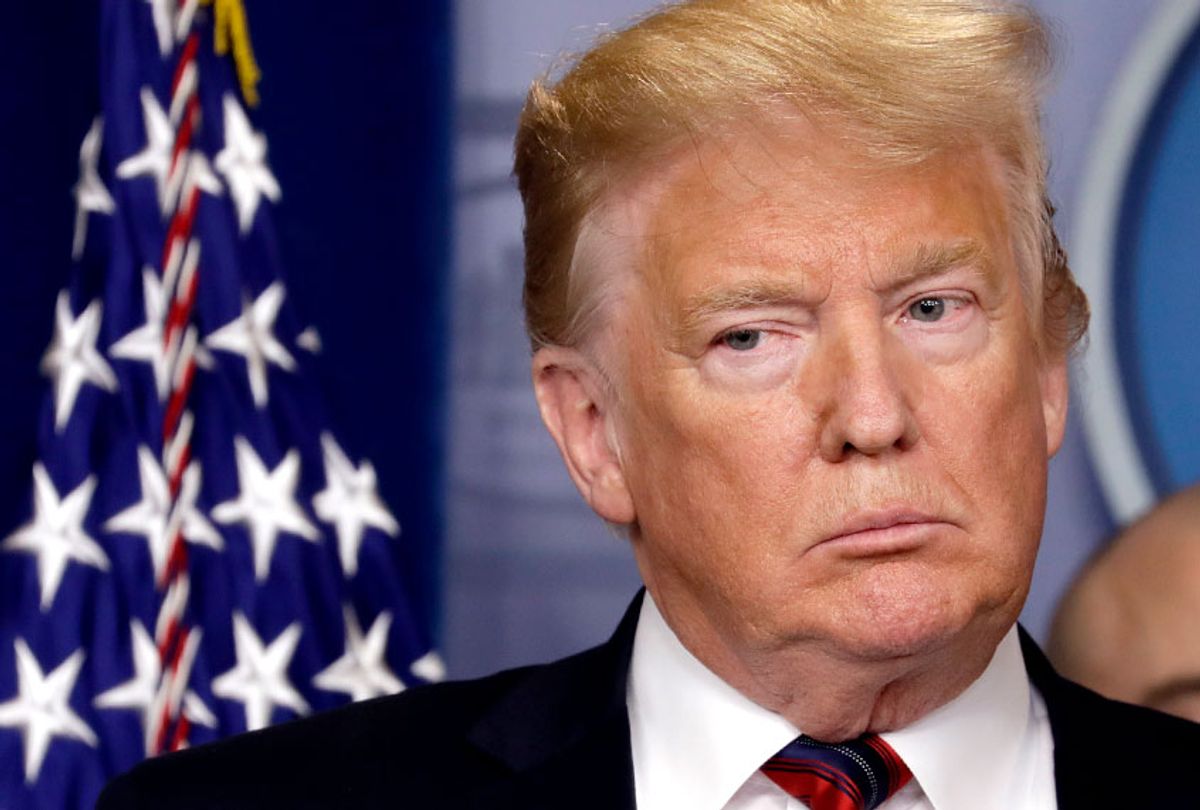 President Donald Trump's disapproval rating has hit a record high amid the longest partial government shutdown in U.S. history and concerns about the the commander-in-chief's relationship with Russian President Vladimir Putin continue, according to a new Politico/Morning Consult poll released Wednesday.

The survey reveals that 57 percent of voters disapprove of Trump's job performance, while 40 percent approve. In addition, 54 percent of voters blame Trump and Republicans on Capitol Hill for the partial government shutdown, which, as it currently stands, appears to have no end in sight as it entered its 32nd day. Negotiations to reopen the nine federal agencies, which have been shut down since Dec. 22, continue to stall.

Trump and congressional Democrats have been embroiled in an intense showdown over the partial government shutdown, which began shortly before the Christmas holiday, over Congress' inability to pass a spending package including the $5.7 billion Trump claims is necessary to construct a "wall" along the U.S.-Mexico border. Trump and Democratic lawmakers continue to spar over funds to build a wall along the southern border, with the president threatening to declare a national emergency to fund the wall if Democrats do not budge.

"As the government shutdown enters its second month, President Trump continues to carry the bulk of the blame among voters for the stalemate," Tyler Sinclair, Morning Consult's vice president, said in a statement. "In this week's poll nearly half of voters (49 percent) say the president is responsible — up 6 points since the shutdown began. At the same time, 35 percent of voters blame blame congressional Democrats — up 4 points — while 4 percent of voters blame congressional Republicans — down 3 points."

A majority of voters also believe that Russia has incriminating information about the president. According to the survey, 57 percent of respondents believe it is possible Russia has "compromising information" on Trump, compared to 31 percent who do not think it is likely.  Special counsel Robert Mueller continues to probe allegations that Trump's 2016 presidential campaign, or individuals connected to the president, colluded with Russia.

The Politico/Morning Consult poll surveyed 1,996 registered voters between Jan. 18 and Jan. 22 The margin of sampling error is plus or minus two percentage points.