New Judiciary Committee chair is eager for yet another go at Hillary and the FBI; Dems suggest Michael Cohen 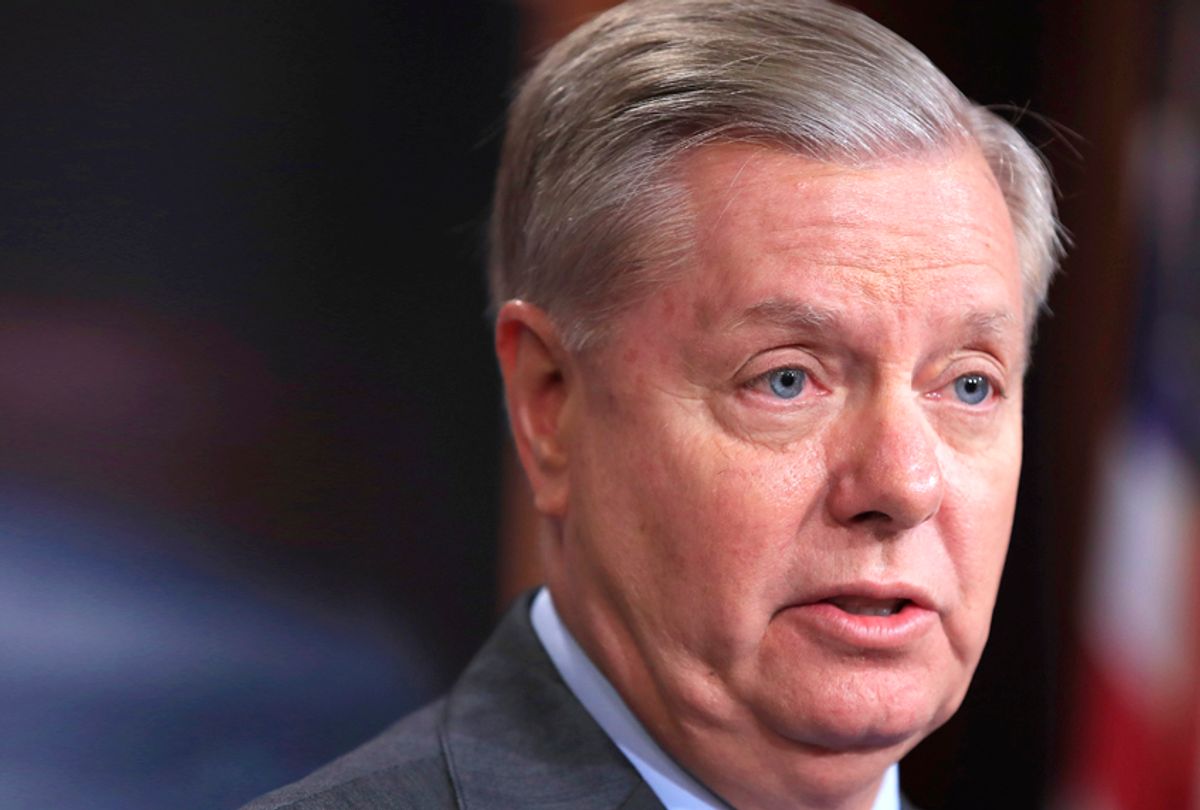 Graham previously told reporters this month that he would do a “deep dive on the FISA issue.” Conservatives have repeatedly insisted that the Justice Department violated Page’s rights by collecting his electronic communications. The FBI has said it was investigating Page because they believed he was conspiring with the Russian attack on the 2016 election.

Graham also told Fox News lat month that he thought the FBI “phoned in” the Clinton probe because the agency was “in the tank” for her campaign.

“There’s a certain unevenness here about how you investigate campaigns,” Graham said, claiming there was a double standard between how the FBI handled the Clinton investigation and its approach to the Trump campaign.

Democrats responded to the news by mocking the new Judiciary chairman.

The Hill reported that when Sen. Dick Durbin of Illinois, the No. 2 Democrat in the Senate, was told about Graham’s plans, he “started laughing and compared them to the ‘thrilling days of yesteryear.’”

“This is going to be like the History Channel, it turns out. Instead of taking a look at the current issues, Lindsey Graham wants to go back and answer important questions about the Bermuda Triangle and Hillary Clinton,” Durbin said, adding that Graham may want to question former President Jimmy Carter next.

Sen. Sheldon Whitehouse, D-R.I., who also sits on the committee, quipped that perhaps Graham should “investigate Benghazi some more.”

While Graham, who also promised to use his spot on the committee to speed through Trump’s judicial nominees, is apparently eager to do Trump’s bidding on the panel, Democrats are calling for Graham to call Trump’s former lawyer, Michael Cohen, to testify.

Sen. Richard Blumenthal, D-Conn., sent a letter to Graham last week asking for Cohen to be called before the committee to testify about the bombshell BuzzFeed News report that Trump directed Cohen to lie about the Trump Tower Moscow negotiations to conceal Trump’s involvement.

“Our committee must conduct a thorough investigation of the President’s involvement in these crimes and whether he obstructed justice to hide them. ... The hour to put country before petty partisan differences has come,” the letter said.

Trump’s current personal lawyer, Rudy Giuliani, insisted that the Trump Tower Moscow project was “in the earliest stage” and claimed to The New Yorker that “no plans were ever made. There were no drafts. Nothing in the file.”

Sen. Dianne Feinstein, D-Calif., the top Democrat on the Judiciary Committee, called on Graham and other Republicans to “join in a bipartisan effort to get the facts to the American people, who deserve to know the full story of what happened during and after the 2016 election.”