"Western civilization" has always been tangled up with Africa, Asia and the Americas 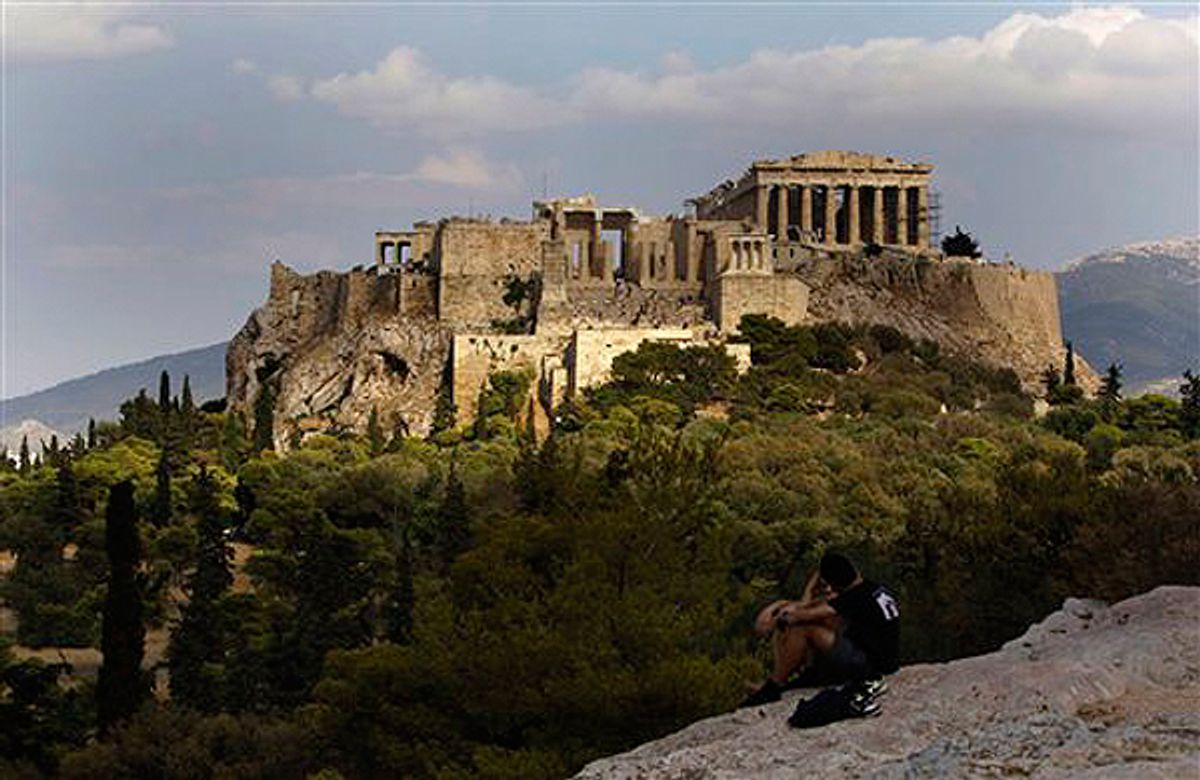 These sentiments, shared by U.S. Congressman Steve King of Iowa in an interview with the New York Times, have unleashed a political firestorm.

Taking heat from all sides, King sought shelter behind the last part of his indecorous cri de coeur. He says he was referring only to “western civilization” when he asked “how did that language become offensive,” and not to “white nationalist” or “white supremacist.” In other words, he’s just defending “western civilization.” What’s wrong with that?

Nothing, really. Except that much of western civilization — a catch-all term for the wealth, power and culture of Europe and North America — came from Africa, Asia, the Caribbean and South America.

There never was a West without the Rest.

The first European nation to venture beyond the Mediterranean world was Portugal, a country born in conflict with the Muslim powers of North Africa at the tail end of the Crusades. During the 1300s and 1400s, the Portuguese sailed to the nearby archipelagos of Madeira and Cape Verde, using Moorish and West African slaves to grow sugar.

Guided by the compass, a Chinese invention, the Portuguese rounded the Cape and moved into the Indian Ocean, bringing back spices, silks and silver. Some of their countrymen took the south Atlantic currents to Brazil, from which they returned with Indigenous-grown corn. This crop flourished back home, feeding a population boom in Portugal much as American potatoes later did in Britain.

By the mid-1500s, Portugal had a string of trading posts and sugar plantations along the African coast and offshore islands, all worked by Black slaves. They also exported slaves to Brazil and the Spanish Caribbean, transforming the demography of the New World and the economy of the Old World.

Growing rich with sugar and slaves

The Protestant upstarts of Europe, the Dutch and English, followed suit around 1600. Their ships attacked Portuguese and Spanish colonies from Sumatra to Santo Domingo, and their overseas investors copied Iberian practices by using enslaved Africans and Americans to grow cash crops.

In many ways, the transfer of world power from southern to northern Europe happened on the far eastern end of the Caribbean, on the tiny island of Barbados.

After learning how to grow foodstuffs from Indigneous captives taken along the Essequibo River of present-day Guyana, the British colonizers of the island resettled Portuguese sugar growers (and their highly skilled slaves) displaced by Dutch attacks on Brazil and Angola.

By 1660, Barbados looked much like Cape Verde 100 years before, with a small European minority growing rich off the backs of an enslaved African majority. This model then moved to Jamaica, the Carolinas and other parts of the British Americas.

For example, British doctors conducted all kinds of experiments on Caribbean slaves during the late 1600s and early 1700s. Among their most important projects was inoculation against smallpox, which West African and Ottoman peoples had practised long before Europeans.

By the 1730s, Barbados had controlled smallpox by subjecting every slave to inoculation. This policy gradually made its way back to Europe, where doctors had to be more careful with their patients. After decades of mass inoculations, Dr. Edward Jenner switched from using live smallpox material to vaccinia, and one of the great terrors of humankind began to fade away.

Europeans plus the rest of the world

Sugar, corn, potatoes, vaccination: these were just some of the benefits that Europeans took from Africa and the Americas from the 1500s to the 1700s. They made Portugal, Spain, England, France, and the Netherlands richer in every sense, paving the way for the intellectual and political advances of the Enlightenment, industrialization and the democratic revolutions.

Would Europeans have made such progress anyway? Maybe. Maybe not. We’ll never know, because it never happened.

What did happen was that the various peoples of western Africa, the Caribbean and the Americas came into constant contact with European expansionists, provoking all kinds of environmental, medical, social and economic change.

In short, King’s version of the past is a thin, bleached caricature of vast human dramas in which a huge array of cultures and nations played a role.

Because his Republican colleagues in the U.S. Congress are eager to blame him for their party’s poor reputation with the growing number of racialized voters, King’s political days are numbered. Now, it is up to those colleagues to tell better truths about our origins and connections, embracing rather than erasing the messy universality of the world we have inherited.