How I wrote a song with Bob Dylan: A 57-year collaboration about my home state of Wisconsin

It all started before I was born, the day a 20-year-old Dylan began work on his first studio album 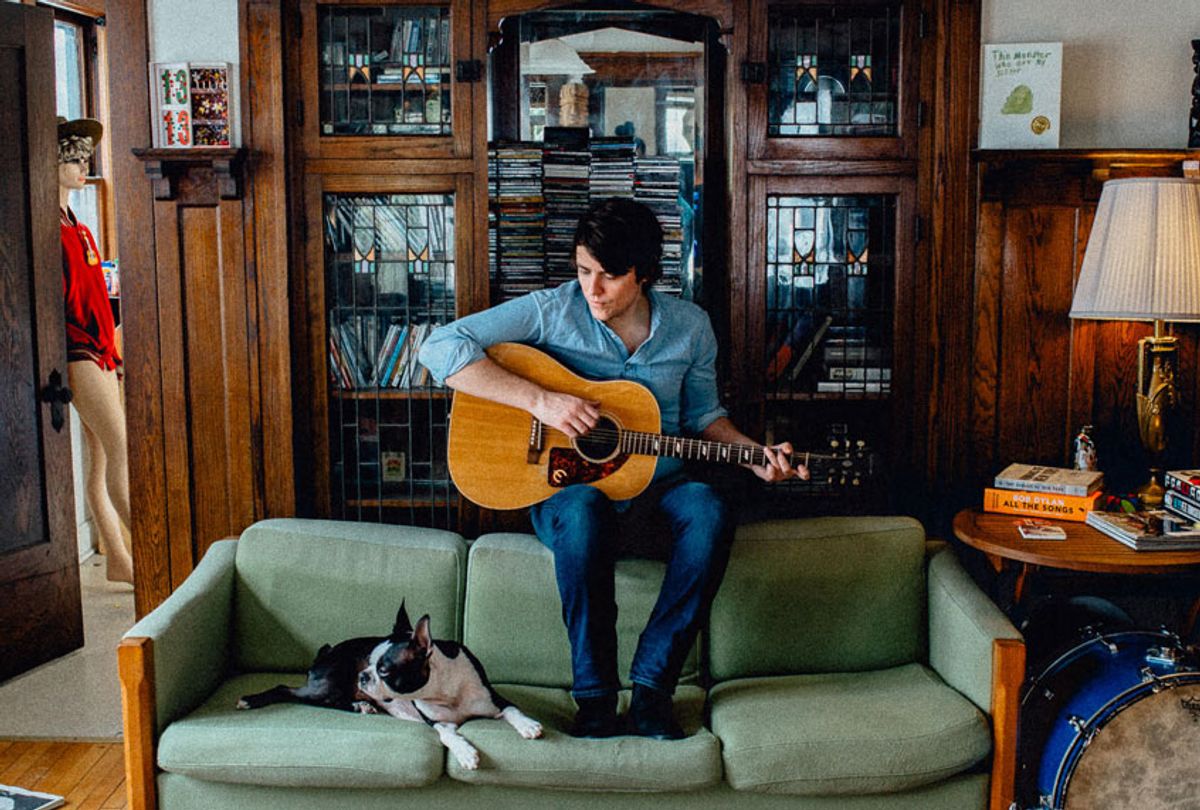 This story is about my hero Bob Dylan, my home state of Wisconsin and a song we wrote together that took 57 years to complete.  It all started the day a 20-year-old Dylan stepped into the studio to begin work on his first studio album. But let’s start back home in Wisconsin.

I first heard Dylan in a movie I was watching while recovering from a BMX bicycle accident. I was a teenager laid up with a herniated disc on a red checkered couch in my parents’ basement. The song was “Hurricane.” The opening A minor chord and the strong conviction in the singer’s voice hooked me. It was a voice that shook my existence. The music felt exotic. It felt like wildfire burning and I wanted to get closer. So I did.

I grew up in small Wisconsin town just a few miles from Highway 61. This is where I’d take the deep dive into Dylan’s world of folk songs, alluring Shakespearean characters, twisted Biblical imagery, and the urgency of the Civil Rights movement. My brother and I began with a boxset of early Dylan gifted to us by our dentist, who was surprised we’d expressed interest. We heard the question Dylan famously asked the world in 1963, “How many roads must a man walk down before you call him a man?” Dylan had a line of inquiry: “Who killed Davey Moore? Why? And what's the reason for?” But I had questions, too. Who is Hattie Carroll? Where is Desolation Row? What’s so funny about “Talkin’ John Birch Paranoid Blues” anyway? Dylan addressed societal sentiments and inspired me in ways a history book never could.

On August 27, 2004, Bob Dylan and his band played in Madison, Wisconsin’s Warner Park on a double bill with Willie Nelson. I had to be there. The air filled with nag champa and pot smoke and time stood still on that baseball field for an hour and half as Dylan sang through “Mr. Tambourine Man,” “All Along The Watchtower” and “Like A Rolling Stone.” The singer who once felt a million miles away was right in front of me. Little did 14-year-old me know I would one day share a co-writing credit with the artist I so admired — befittingly, on a song about Wisconsin.

I followed a pretty typical singer-songwriter trajectory. I was booked in coffeehouses like the Blue Moon in Red Wing, Minnesota and studied all the acoustic acts on the calendar. I watched the way their fingers moved, how they tuned their guitars, what kinds of cigarettes they smoked between sets. I first felt the thrill of playing live by emulating the energy of “Maggie’s Farm” and “Highway 61 Revisited.”

Next was college in Milwaukee; at the state university I met a living embodiment of rock 'n' roll, Dr. Martin Jack Rosenblum. Known as the Holy Ranger, Marty was a professor, biker poet and mythological mentor to me and many others. He had a vast knowledge of the folk process, as well as Dylan’s music. With his guidance, I earned a Certificate in Rock and Roll Studies for my analysis of early folk and blues music. Marty spearheaded a program that focused on early recordings like Harry Smith’s "Anthology of American Folk Music." We’d study songs like “Fare Thee Well (Dink’s Song)” and how it traveled from the shores of a riverbank in Houston to the Greenwich Village folk scene, and now to a Hollywood movie by the Coen Brothers — 100 years of musical narrative on the move. Dylan was obviously a focus. It was around this time that I got my first record deal and began touring the world.

Fast forward five years into my career and I’m on the verge of an existential crisis, approaching 30 and alone. I’d graduated college, toured the world many times over, been through a couple of record deals, played alongside many of my idols. All of a sudden I wondered, what’s next? Where do I go from here? What happens now? It was around this time that I’d also split with my longtime partner, been all but forced out of my longtime home and band clubhouse by a new landlord, and worst of all, painfully re-herniated the disc in my back that had plagued me for years. On top of all that, we got a new president. That put me into an even darker space.

But one day I’m scrolling through Facebook and see the Rolling Stone article that would forever change my life — a long-lost Dylan song about my beloved home state of Wisconsin had been unearthed and put up for auction for $30,000. The photograph showed two pages of hastily scribbled lyrics. The pages were torn and sepia toned, the fading ink barely clinging to the page after more than half a century.

I had a sinking feeling in my gut that told me I needed to finish what was started. I made a pot of coffee, sat down at the piano and tried to get inside of a song that Dylan started 57 years earlier. Written from the perspective of a lonesome drifter, like a character in an old Woody Guthrie song, the singer imagines a happy homeland filled with Wisconsin’s finest exports: milk, cheese and beer. I immediately connected with it. I ended up adding a chorus inspired by my state’s fight song “On Wisconsin” and recording it with my band that weekend, going entirely off that photograph of faded lyrics.

Months later while watching Netflix in bed, I received an email from my manager Glen Phillips simply stating, “Dylan has it now.” Through a series of Hail Mary passes, he’d begun talking with Dylan’s team about the possibility of me and the Nobel Prize winner publishing the song together for the first time. Hours turned into days, days turned into weeks, weeks into months. I figured my hero didn’t fancy our take on his early ode to Wisconsin. But then I get a ding on my phone while scooping the couscous in the bulk section of a Whole Foods one afternoon. And voila! An email saying Dylan had signed off on it.  I walked around the store and in the most animalistic fashion possible purchased everything I ever wanted — I must have spent $300 dollars. For a Wisconsinite raised on Dylan’s music to now share a songwriting credit with him in a song about Wisconsin seemed stranger than fiction.

When I got the contract, I printed it out and brought it to the old office of my late music professor, Dr. Martin Jack Rosenblum. I slapped it up on his door and signed it. My final assignment. Damn, he would’ve he have loved to see this.

So, you might be curious at this point: What’s up with Dylan and Wisconsin anyway? Dylan of course grew up in Minnesota, a neighboring state to Wisconsin. But in 1961 a young freewheelin’ Dylan made a vital stop in Madison, WI, where he checked out the folk scene and hung out with Marshall Brickman and Eric Weissberg. Brickman became a noted screenwriter, winning an Oscar for cowriting "Annie Hall" with Woody Allen; Weissberg went on to record the “Dueling Banjos” theme for "Deliverance." Through the Madison folk scene Dylan caught probably one of the most pivotal concerts of his young life — Peter Seeger at the University of Wisconsin-Madison. Seeger sang his famous “If I Had A Hammer,” but also songs from artists ranging from Woody Guthrie to Leadbelly. And most important of all, in January 1961, Dylan met two students in Madison taking a road trip to New York City, and they needed another person to share the driving duties. He took the ride.

After we signed the agreement and released the song “On, Wisconsin,” I reexamined the date scribbled at the top of the original lyric sheet for Dylan’s unfinished song. It’s November 20, 1961 — the same day Bob Dylan stepped into Columbia Recording Studio in New York to begin recording his debut album. Ten months after that trip through my home state, he had Wisconsin on his mind. From one young singer to the next, the folk process survives.

Trapper Schoepp's new album "Primetime Illusion," which includes "On, Wisconsin," his collaboration with Bob Dylan, is out now.