Journalist who was imprisoned in Iran: Trump is a threat to press freedom around the world

Journalist Jason Rezaian, who was held captive in Iran, on Trump: “People like me will face greater threats" 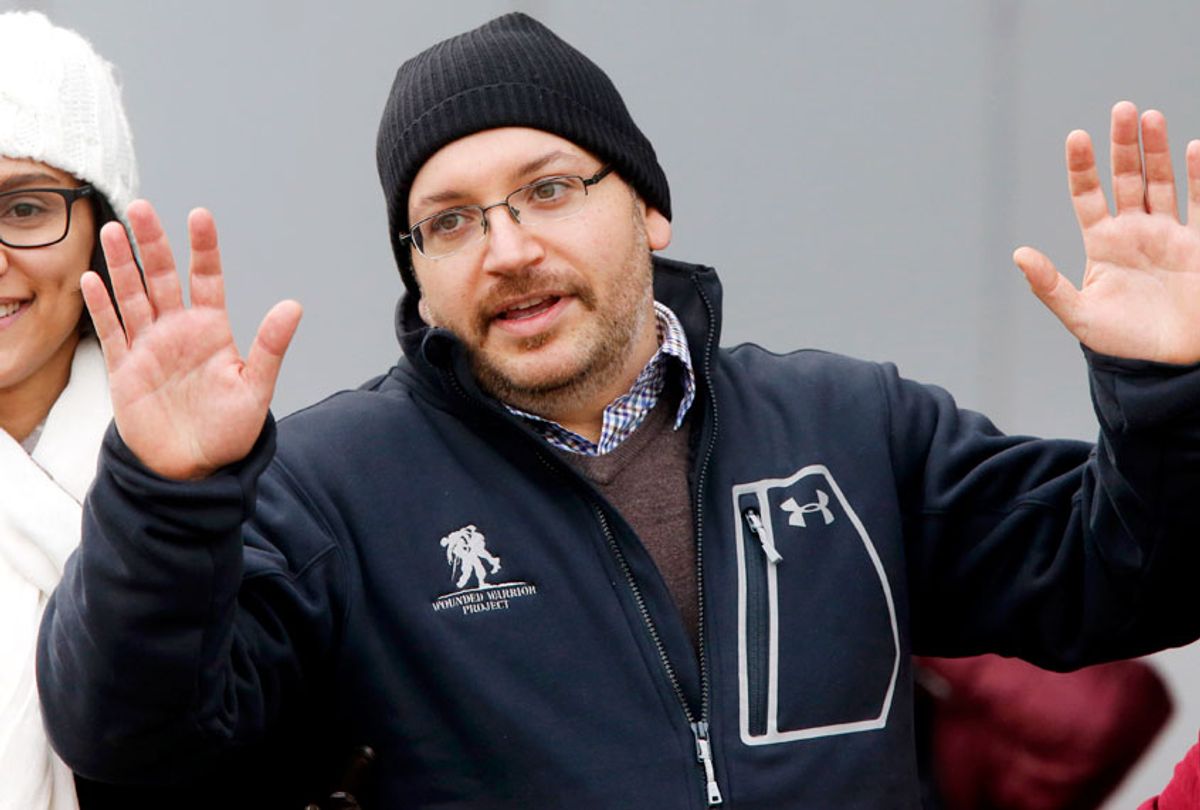 A memoir about being taken prisoner by the Islamic Republic of Iran for 544 days is not supposed to make you laugh. At least that’s what I assumed before I read Washington Post writer Jason Rezaian’s new book “Prisoner” that documents his time in an Iranian prison as their “guest,” as the Iranian regime calls it.

And when I say funny, I don’t mean just mean when Rezaian can look back now from the safety of the United States. As Rezaian noted to me during our “Salon Talks” episode this week, when you are a prisoner with no control over your day-to-day life, joking around is a coping mechanism to keep your sanity.

“Part of the human element of these guys is the fact that they're f**king idiots. I want people to know that. Those forces are sinister forces in that country, but that doesn't mean that they're all powerful and immortal because they're not. I wanted to paint them in a lot of nuance because there's plenty of nuance in a situation like that,” Rezaian said.

He went on to explain how he joked with one of the guards, while being interrogated in prison, about who would play him in a fictionalized movie about his story. “I'm like, ‘Well Denzel Washington. Who's better than Denzel? There's nobody better than Denzel.’ He didn't know who that was at first. Then I explained some of the movies that he might have seen. Finally, he gets it and he said, ‘Oh, well that man's black. You're not black.’ Well it's my movie, man! You put me through this. If there's going to be a movie about it, I get to decide who's going to play me.”

Still, the humorous moments don’t take away from the emotional toll inflicted upon Rezaian. For starters, his wife, Yegi, also a journalist, was arrested simply for being married to him and held for weeks in solitary confinement. The emotional rollercoaster his captors put him through was soul crushing.

Add to that, Rezaian’s guards often lied to him in an effort to break his spirits, saying for example that he was forgotten and no one in America cared he was a prisoner. In reality, not only wer his family and the Washington Post busily working for his freedom, but people from Barack Obama to Anthony Bourdain to Muhammad Ali were publicly calling for his release. “The last thing Muhammad Ali advocated for was my freedom,” Rezaian said. And because Ali was viewed as a Muslim hero in Iran, his words carried great weight there.

Rezaian is now using his voice to bring attention to the other imprisoned journalists and those killed for simply reporting the truth, like his former Washington Post colleague Jamal Khashoggi.

Rezaian made it clear that Trump and his administration’s failure to forcefully denounce Saudi Arabia’s leaders over their killing of Khashoggi “greenlights that behavior” for other leaders with a history of persecuting journalists. As Rezaian put it, the Trump administration’s reaction to Khashoggi’s murder is “bad for press freedom in this country and around the world,” adding that as a result, “people like me will face greater threats.”