With smack-talking invective, lawyer groups appeal to the public as one big jury pool 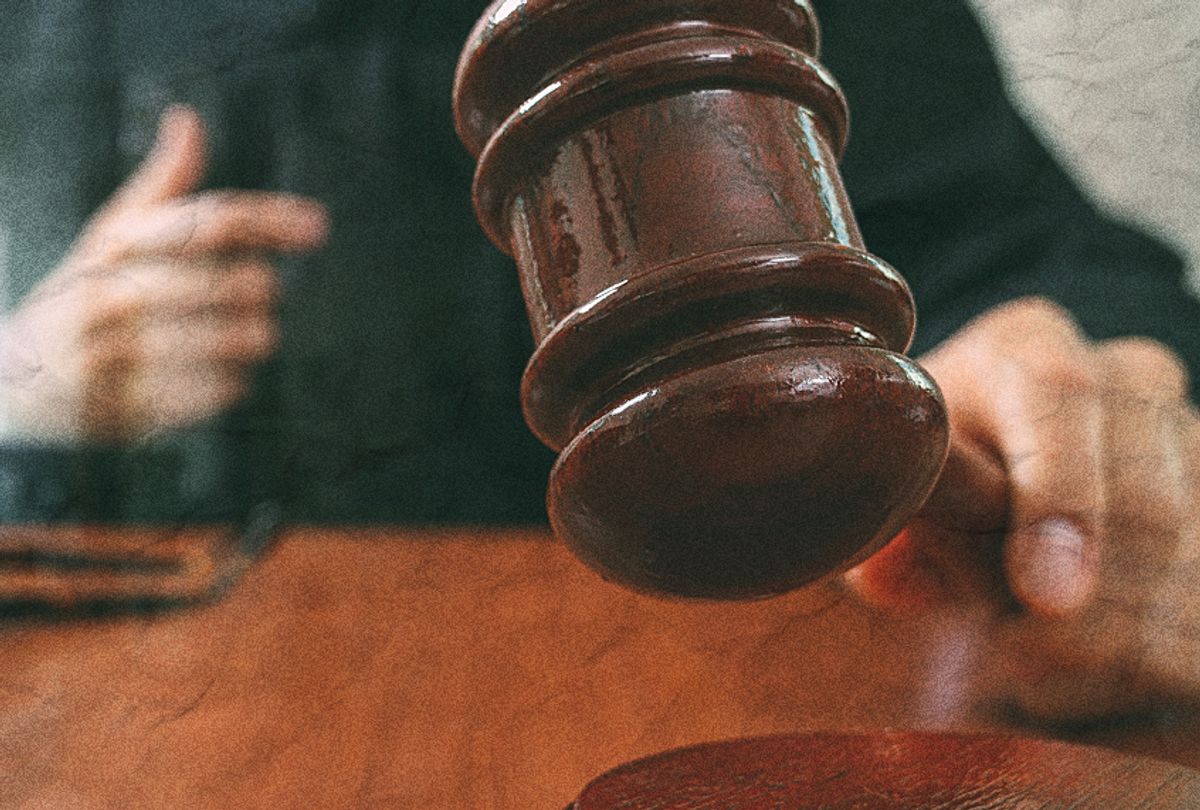 Athletes are legendary trash talkers. But the business groups that howl about bogus lawsuits and plaintiff lawyers who claim to fight for ordinary folks victimized by corporations aren’t exactly slouches either.

Exhibit A is “Judicial Hellholes.” It’s a yearly broadside from the foundation arm of the American Tort Reform Association, or ATRA, listing jurisdictions where clueless judges and runaway juries supposedly go wild. Since 2002 the reports have used withering invective to pummel plaintiff lawyers, courts, state legislatures and others branded as hostile to business.

The 2017-2018 edition of Judicial Hellholes likened California plaintiff lawyers and most of the state’s legislators to “the Symbionese Liberation Army of the Berkeley-radical 1970s.”

The 2018-2019 issue, released last month, proclaimed California the nation’s No. 1 hellhole for the fourth time, dropping Florida into the No. 2 spot. The report blamed trial lawyers and allied marketing firms for “doomsday ads” misrepresenting the risks of medicines — and then cited a doctor’s Congressional testimony that patients “are dying because they are afraid to take the medications prescribed for them due to the fear brought on by these negative and one-sided campaigns.”

Victor Schwartz, a Washington lawyer for big corporations and ATRA’s longtime general counsel, takes credit for coining the trademarked “Judicial Hellholes” label. He said the reports were initially spurred by judges who would bend over backward to favor plaintiffs. “It’s about courts where defendants can’t get a fair trial,” Schwartz said. The aim of the reports, he added, is to “use shame to change behavior.”

The other side, represented by the American Association for Justice, isn’t taking the fulminations lying down. “ATRA defines a hellhole as a courtroom where a plaintiff brings a case in front of a jury to hold an unscrupulous corporation accountable, said Mary Graffam, the plaintiff lawyer group’s director of state affairs and research. “But we think that the real hellhole is a world in which an unsuspecting consumer is harmed, abused or defrauded by an unscrupulous corporation and has no recourse and no chance to prevent future wrongdoing.”

Last month the AAJ answered Judicial Hellholes and kindred attacks with a retaliatory strike called “Worst Corporate Conduct of 2018.” That report, a second annual edition, cited accusations that business giants Nestle and Cargill have relied on child labor in West Africa. It also slammed General Motors for failing to recall some vehicles with Takata airbags, even though the supplier’s equipment has been linked to about two dozen deaths and hundreds of injuries around the world.

The report also called out, among other targets, big energy companies that allegedly “spent decades denying their role in climate change.” These companies and other institutions, the report said, “have shown time and again they will not act in the public’s best interest unless something forces them to.”

Academic researchers generally say neither side of this bombastic divide deserves praise for objectivity. Equating California plaintiff lawyers to the Symbionese Liberation Army “should be a clue as to what the game is. It’s getting our interest out there and trashing the other side,” said Stephen Daniels, a research professor at the American Bar Foundation, an independent institute based in Chicago.

Daniels took issue, too, with the pro-business camp’s longtime embrace of the term “tort reform.” By this it means such measures as limiting payments for pain and suffering and punitive damages, along with curbing lawsuits for medical malpractice, auto crashes, flawed consumer products and other torts, or civil wrongs.

Calling it “reform,” he said, “is a wonderful, symbolic device.  Who’s against reform? It means if there’s something really bad, we’re going to fix it, and it’s to everybody’s benefit.” But when it comes to tort reform, Daniels said, “it’s about changes that serve someone’s interest” — in this case, businesses.

Alexandra Lahav, a University of Connecticut expert on civil litigation, is particularly skeptical of  the numerical ratings from ATRA and the like-minded Institute for Legal Reform. That U.S. Chamber of Commerce unit has published materials such as “2017 Lawsuit Climate Survey: Ranking the States” (Louisiana was worst, California only fourth-worst) and “Top 10 Most Ridiculous Lawsuits of 2018.”

Lahav said she stopped following the two organizations’ publications several years ago. “It just was so unscientific, so rigged to the outcomes,” she said. “It is helpful for understanding how propaganda works, but it’s not helpful for what I study, which is . . . how can we improve the courts?”

On the other hand, Paul Figley, a longtime Justice Department lawyer who now teaches law at American University, gave the business side credit for putting a spotlight on litigation abuses. In particular, he pointed to trial lawyers who shop the country for courts that unfairly favor plaintiffs. “Having that brought to light is a fine thing,” Figley said.

The Institute for Legal Reform declined a request for an interview. But a spokesman, Justin Hakes, said in an email that “a state’s litigation environment has a material impact on its business climate” and that “once states know where they stand relative to others, they can take action if they choose.”

Both ATRA and the institute, which relied on a Harris poll of corporate lawyers and executives for its latest “ranking the states” report, insist that their research is serious and thorough. “This is not a guessing game,” Schwartz said.

Yet Michael McCann, a University of Washington political scientist and co-author of a 2004 book, “Distorting the Law: Politics, Media, and the Litigation Crisis,” said a truth-bending war of words has persisted for decades. He said it intensified after corporations suffered legal setbacks in the 1960s and 1970s that made them more vulnerable to lawsuits over issues such as auto and consumer product safety. Business groups, he said, launched aggressive – and very successful — campaigns to shift public attitudes.

A key tactic, McCann said, was to inject into the national conversation lawsuit anecdotes – typically distorted and even made-up stories — that “basically ridiculed plaintiffs and their attorneys.” They often were about “someone who does something stupid,” like misusing a microwave oven or chainsaw, and then sues for damages.

McCann pointed to the “McDonald’s hot coffee case” in the 1990s as emblematic. News of the $2.9 million jury award initially won by the plaintiff, a 79-year-old woman who was burned after spilling a cup of hot coffee on her lap, was widely published and became a TV talk show joke. As reporting and documentaries (here and here) eventually pointed out, what got lost in the conversation was that the woman suffered third-degree burns; that more than 700 other people were burned by McDonald’s coffee, which was heated up to 190 degrees; that McDonald’s admitted knowing about the problems for more than a decade, and that the plaintiff’s award was cut in court by more than $2 million and then reportedly reduced further in a confidential settlement.

McCann said the larger aim of the corporate campaigns, probably even beyond winning favorable legislation, was to dissuade people from suing and to influence potential jurors. “When somebody sued a corporation for harm in the 1980s, juries were much more inclined to assume that the harmed victim was telling the truth and the corporations were covering up. By the 1990s, that had reversed. There was a presumption that corporations were in the right and that plaintiffs were greedy and irresponsible and bringing frivolous claims,” McCann said.

Although statistics around the country are patchy, the volume of new tort cases is widely regarded to have fallen over the years. The most recent figures from the National Center for State Courts, covering 31 states, show that in 2017 new tort suits were filed by individuals and businesses at a rate of 2.08 for every 1,000 Americans.

Another reflection of changing attitudes, McCann and Daniels said, was the American Association for Justice’s decision in 2006 to discard its old name, the Association of Trial Lawyers of America, because the image of trial, or plaintiff, lawyers had gotten so beaten up.

What too often gets lost in the public relations battle, experts say, is the consequence of overheated rhetoric. The key issue, the University of Connecticut’s Lahav said, is, “If we’re going to make policy, we should make it based on evidence and valid social science methodology,” and not on “propaganda.”  Too often, Lahav added, “the public gets snowed, and then we make policy decisions that impact people’s lives without a really good basis for it, and sometimes it can have bad results.”