White House confirms "all options are on the table" in Venezuela 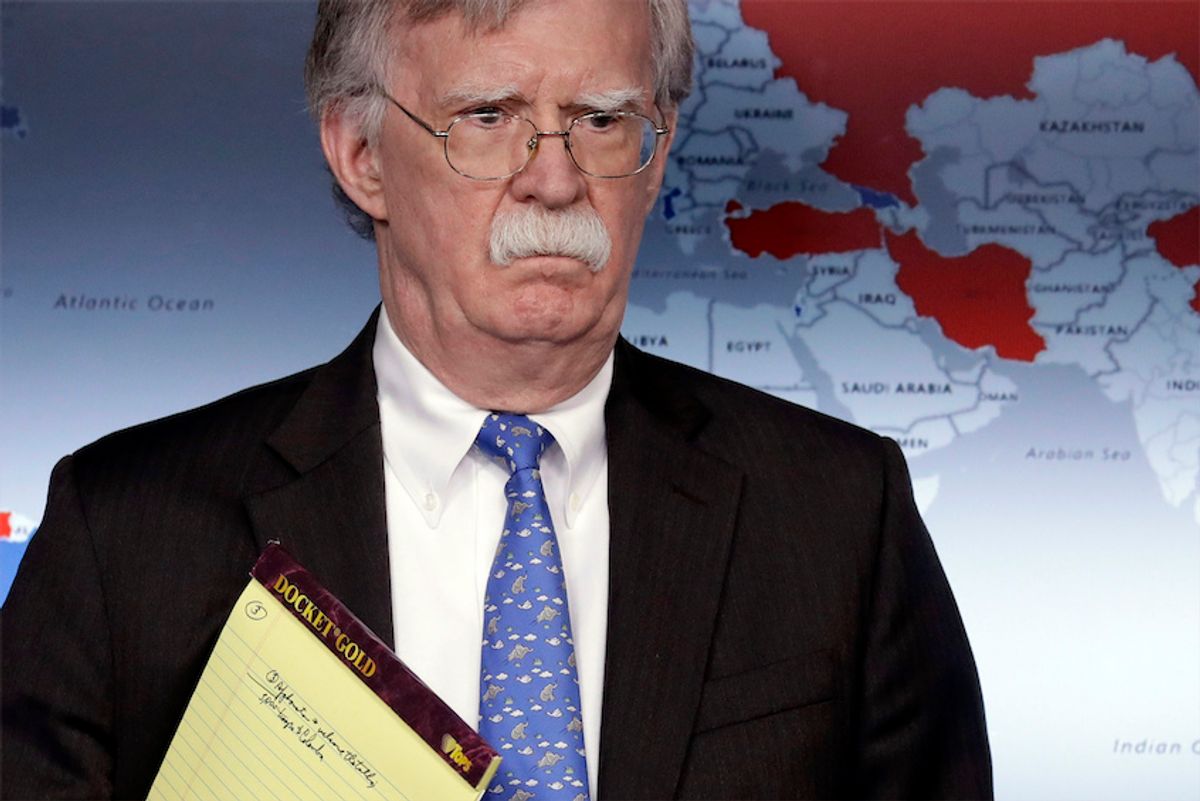 In what appears to be a bit of deliberate trolling aimed at frightening Venezuelan president Nicholas Maduro, President Trump's national security advisor appeared at the podium of the first White House press briefing in over a month on Monday with a pen and notepad that featured a scribbled note that read "5,000 troops in Colombia." The high-resolution lens of Associated Press photographer Evan Vucci picked up the jotted notes on the pad clutched by Bolton.

Joined by Treasury Secretary Steven Mnuchin, John Bolton announced on Monday a series of actions and threats aimed at ousting Maduro, including sanctions on a state-owned oil company. The U.S. has declared National Assembly head Juan Guaidó the new leader of Venezuela. Bolton warned that "the president has made it very clear...that all options are on the table" and vowed a "significant response" should any U.S. citizens be harmed.

“The United States is holding accountable those responsible for Venezuela’s tragic decline,” Mnuchin said, “and will continue to use the full suite of its diplomatic and economic tools to support Interim President Juan Guaidó, the National Assembly, and the Venezuelan peoples’ efforts to restore their democracy.”

As several people on Twitter noted, and White House photographers captured, Bolton made extra measure to make his message clear. Right below a note on his exposed legal pad that reads, "Afghanistan - welcome the talks," was written, “5,000 troops to Colombia.”

There was no mention during the news conference of any plans regarding troops in Colombia. Economic adviser Larry Kudlow eventually turned the notes away from the cameras.

The message certainly appears intentional, however, and wholly political — not tactical — for now. While neither the Pentagon nor the National Security Council has commented on Bolton's not-so-subtle message, White House press secretary Sarah Huckabee Sanders said the U.S. may preposition troops in Colombia, Venezuela's neighbor, but that decision has not been made yet.
Maduro was sworn into his second term earlier this month following last year's uncontested election, which was boycotted by the opposition, which accused the United Socialist Party of rigging the race. Bolton said on Monday that he expects the U.S.'s new sanctions will block $7 billion in assets and cause more than $11 billion in lost export proceeds for Venezuela.