"I was wrong," McCain said on the ABC show. "She seems to be the person who can go toe to toe [with] him." 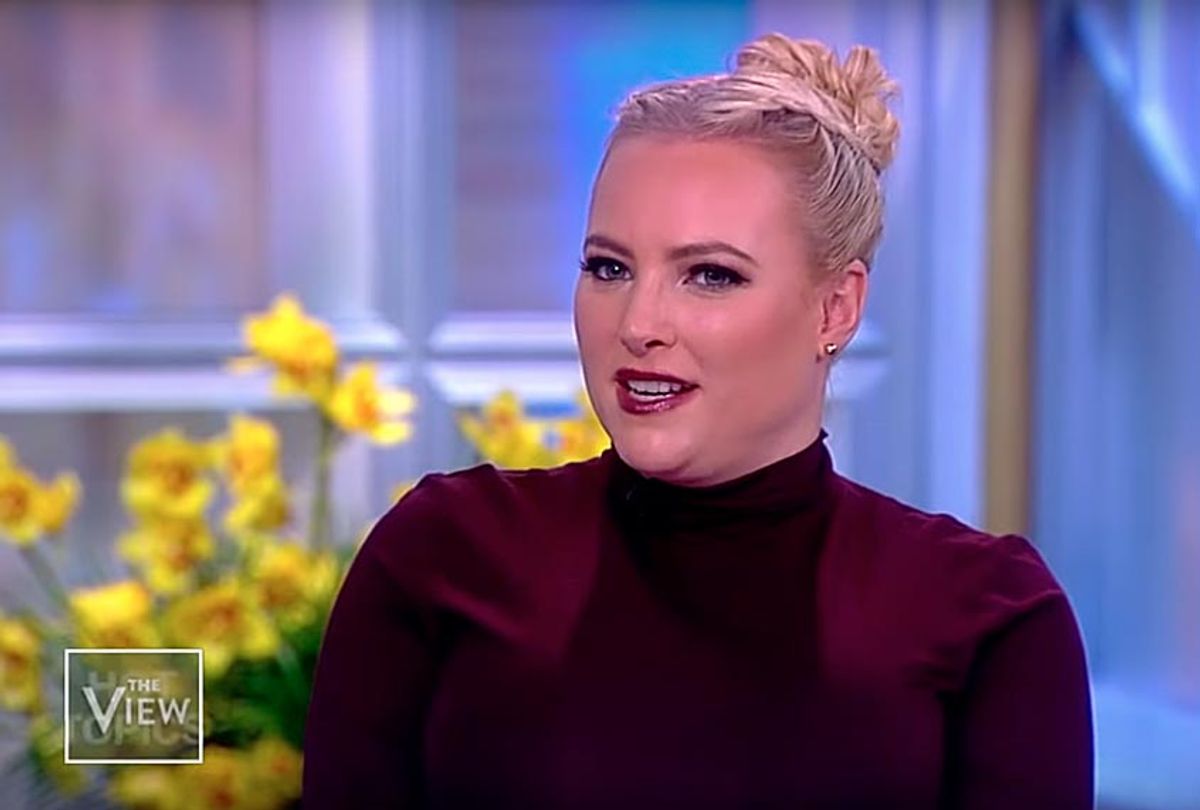 Meghan McCain, one of Speaker of the House Nancy Pelosi's chief conservative critics, admitted on live television that she had previously underestimated the Democratic leader's ability to face off against Republican President Donald Trump.

"I am the first person to concede, and I said this yesterday, I totally underestimated Nancy Pelosi," co-host McCain said on Monday's edition of "The View." "I was one of these people that said, 'The Democratic leadership is going to need someone like Congressman Ted Ryan, a more middle of the country – someone that understands the Rust Belt."

"I was wrong," McCain continued. "She seems to be the person who can go toe to toe [with] him."

Reflecting on the 34-day partial government shutdown, which ended Friday after becoming the longest budget impasse in U.S. history, McCain acknowledged that Trump had not only managed to alienate his base — by not fulfilling his focal campaign promises — but also to alienate moderates too. (The partial government shutdown caused the U.S. economy to lose nearly $3 billion, which it will never recover, according to a report released by the Congressional Budget Office on Monday that also determined that the country's GDP was reduced by an additional estimated $8 billion in the first quarter of 2019.)

However, as soon as she had praised Pelosi, McCain was swift to dock the House speaker for her falling poll numbers. "This is a bad look for politicians across the board," McCain said. "She won this battle. What happens with the war is still the 'question mark.'"

The new NBC News/Wall Street Journal poll referenced by McCain found that Pelosi's overall approval rating has dropped 6 points — just 28 percent of Americans rated the House speaker as favorable. McCain did not directly call out Trump's job approval rating, which just hit a historic low for any president after two years in office as blame for the partial government shutdown continues to focus on him and his party in Congress.

Co-host Joy Behar, meanwhile, offered her own hypothesis for Pelosi's brinksmanship against Trump.  "She knows how to deal with toddlers, because she has a lot of kids," the comedian retorted.

Behar also took time to question Trump's last-ditch effort to whip up the $5.7-billion wall along the southern U.S. border, which he had long ago promised would be paid for by Mexico. That plan would entail signing an executive order to declare a national emergency.