For juveniles in solitary confinement, the psychological torture lingers 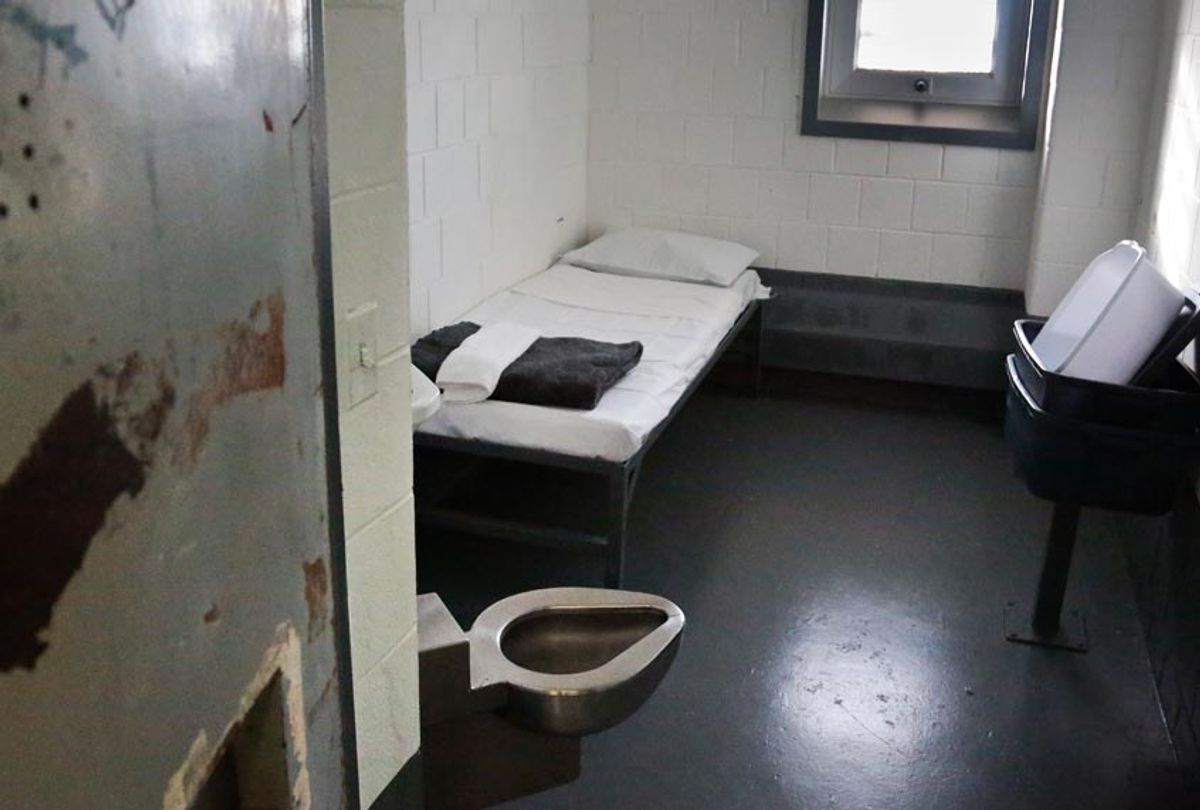 Facebook
Twitter
Reddit
Email
view in app
A 16-year-old paces back and forth. He's been locked in a small room -- completely alone -- for 23 hours a day for several weeks.
This isn't the opening scene of a Hollywood thriller. It's the daily reality for thousands of American adolescents who are subjected to solitary confinement after being charged with crimes, convicted, and sentenced as adults.
Solitary confinement is dangerous for these youth -- and for society at large. It causes severe psychological harm and impedes reintegration into society. It's time to put convicted teenagers in correctional facilities with people their own age -- and prohibit solitary confinement for those under the age of 18.
Proponents of solitary confinement claim the practice is necessary for safety. Isolating criminals prevents them from causing trouble in the prison and protects them from other violent prisoners.
However, research shows solitary confinement does more harm than good. It's linked to mental health problems like anxiety, depression, and psychosis. In some cases, prisoners commit suicide.
These effects are especially pronounced in juveniles because solitary confinement impedes their social and emotional development during a critical period of brain growth. Our brains don't fully develop until our early twenties. Making matters worse, solitary confinement exacerbates existing traumas, like the abuse and neglect that many of these kids have suffered in the past.
A report from the American Civil Liberties Union and Human Rights Watch offers an in-depth look at the mental damage of adolescents who spent long periods of time alone in prison. They frequently expressed thoughts of suicide and self-harm, and also relayed stories of hallucination, anxiety, extreme anger, and traumatic memories.
Consider the account of one young woman in Michigan. She noted that solitary confinement was like "being banished . . . like you have the plague or that you are the worst thing on earth. Like you are set apart [from] everything else."
Another girl from Florida said, "The only thing left to do is go crazy . . . I catch myself [talking to the walls] every now and again . . . sometimes I feel like, why am I even living?"
Solitary confinement doesn't just put these teenagers at risk -- it endangers law-abiding members of society, too. Prisoners who spend time in solitary confinement are more likely to commit crimes again in the future. Ninety-two percent of prisoners who were released from solitary straight into society reoffended within three years, compared with just 66 percent of prisoners released from the general population, according to a comprehensive, government-commissioned analysis of 2001 data from Connecticut.
Another analysis of Texas prisoners found that six in ten who went from solitary to society were arrested again within three years, versus just half of all prisoners.
For these reasons, all federal prisons already ban solitary confinement for juveniles. And most states don't allow the practice in juvenile facilities. However, each year 200,000 children are tried as adults around the country. Many are sentenced to time in regular, adult prisons -- and face solitary confinement.
A colleague and I recently completed research on this subject using data from the New Jersey Parent Caucus. Among juveniles sent to adult prisons in New Jersey, 76 percent spent some time in solitary confinement. Of that group, a staggering 31 percent spent more than 90 days in isolation. Another 16.5 percent were isolated between 30 to 90 days.
Solitary confinement causes severe mental health problems and does nothing to rehabilitate young offenders. We need to ensure children tried and convicted as adults are placed in juvenile facilities. Once there, they should be given opportunities to socialize with other kids and receive the support services they need to one day become productive, law-abiding adults.

Emily Restivo is an associate professor of behavioral sciences at New York Institute of Technology.