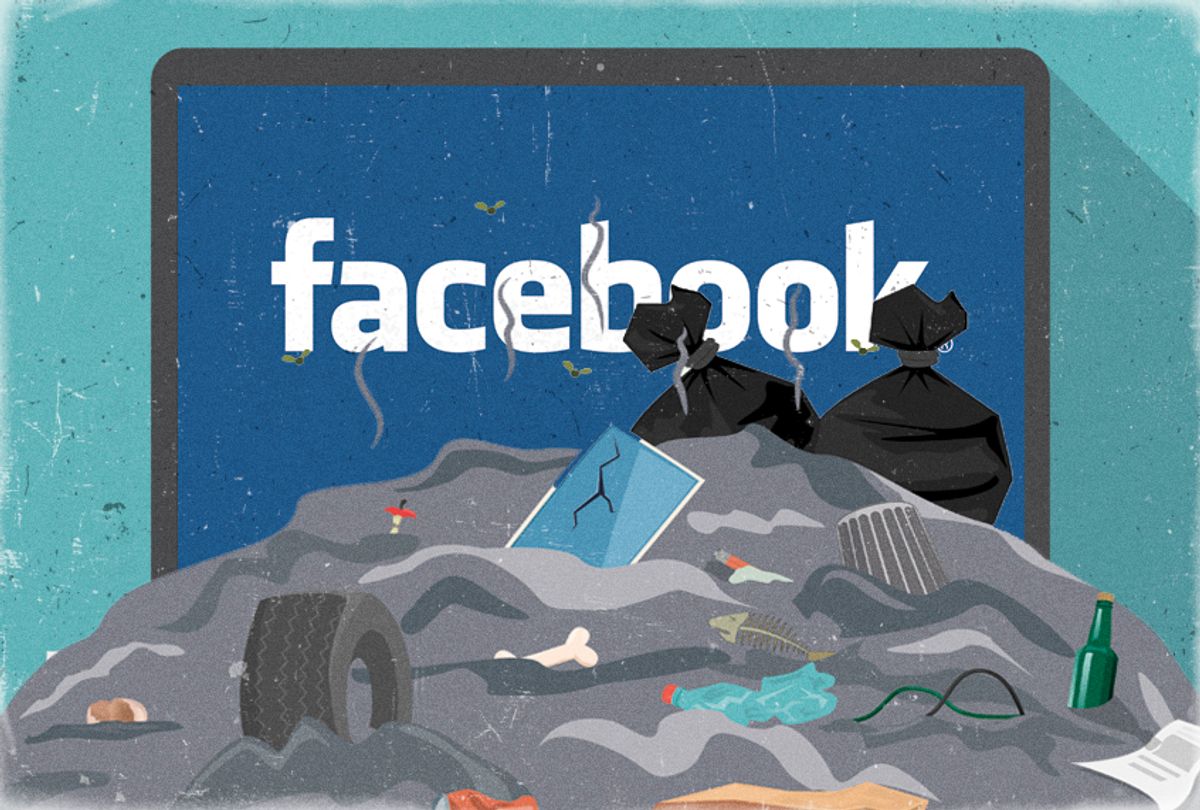 Many of us have become so accustomed to social media that it is hard to remember when it was not intrinsic to our lives, though in reality it has not existed in a meaningful sense for more than 20 years. Over the last decade, the amount of time spent on social media and in front of screens has slowly yet steadily increased, arousing the interest of many health professionals trying to understand its impact on human health. A new study, which is being hailed as the most trustworthy scientific assessment of social media's effects, suggests that quitting Facebook is unequivocally positive for one's mental health.

Researchers at Stanford University and New York University who led the study — which was posted on an open access site called the Social Science Research Network — recruited 2,844 Facebook users via Facebook ads. Those users were initially asked to fill out extensive questionnaires about their overall well-being, political views, and daily routine. Half of the users were then randomly assigned to deactivate their Facebook account for four weeks in exchange for payment. Researchers regularly checked the Facebook accounts during the month to make sure they weren’t reactivated, and regularly received text messages to asses these users' moods, creating a real-time evaluation.

Overall, researchers concluded that not using Facebook reduced online activity, including other social media use, and increased offline activity such as watching television and socializing with friends and family more. Those who deactivated also observed a decrease in political polarization and news knowledge, and an increase in subjective well-being. The one-month cleanse also led to a reduction in time spent on Facebook for several weeks after the experiment.

“Deactivation caused small but significant improvements in well-being, and in particular on self-reported happiness, life satisfaction, depression, and anxiety,” the authors wrote. “Effects on subjective well-being as measured by responses to brief daily text messages are positive but not significant.”

As the authors of the study explain, “there may be no technology since television that has so dramatically reshaped the way people communicate, get information, and spend their time.” The social media behemoth has nearly 2.3 billion monthly users. According to data from 2016, the average users spends 50 minutes per day on Facebook and its sister platforms Instagram and Facebook Messenger.

This is not the first time researchers have looked at the effect of Facebook and other social media platforms on human health. However, researchers of this study say their findings debunk previous research suggesting Facebook is good for its users. As the researchers state: “We find little evidence to support the hypothesis suggested by prior work that Facebook might be more beneficial for ‘active’ users—for example, users who regularly comment on pictures and posts from friends and family instead of just scrolling through their news feeds.”

The authors do advise that there are caveats.

“First, effects could differ with the duration or scale of deactivation,” the researchers state. “A longer period without Facebook might have less impact on news knowledge as people find alternative news sources, and either more or less impact on subjective well-being. Furthermore, a larger-scale experiment in which a greater share of the population deactivated could have a different impact due to network effects and equilibrium adjustments.”

The paper is being praised for its rigor by other academics.

“This is impressive work, and they do a good job sorting out causality,” Erik Brynjolfsson, director of the Massachusetts Institute of Technology Initiative on the Digital Economy, told the New York Times. “This is the way to answer these kinds of questions; it’s the gold standard for how to do science. A lot of what we’ve heard before about social media’s effects was based on surveys.”