Christie claimed Kushner removed him from Trump's transition team, because he was still mad over decade-old events 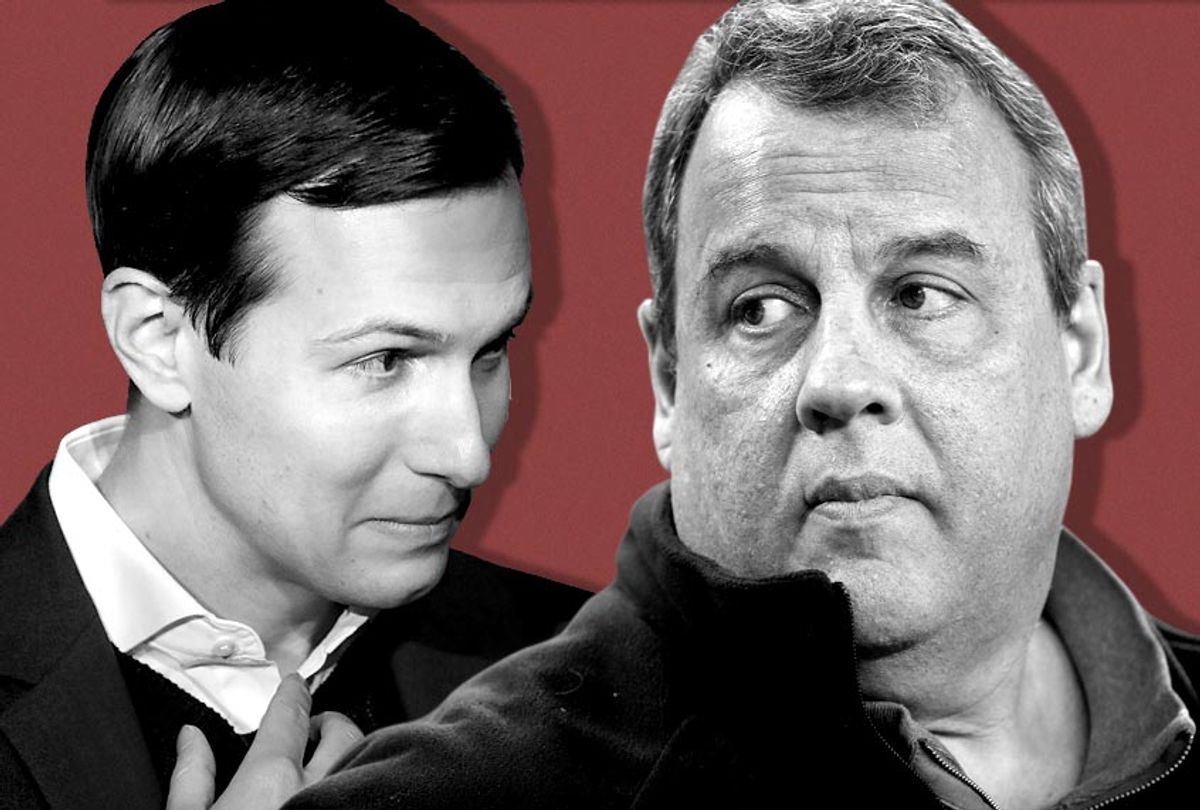 Chris Christie, the former New Jersey governor who squared off with Jared Kushner, the trusted son-in-law and senior adviser to President Donald Trump, issued a personal attack on Kushner's father on Tuesday, alleging that he had committed a "loathsome" and "disgusting" crime.

In his new memoir, "Let Me Finish," which was released this week, the outspoken former governor claims that, in an act of spite, Kushner pushed him out of the president's transition team shortly after the 2016 election, because he was still "seething" over events that took place more than a decade ago. As a U.S. attorney, Christie prosecuted Kushner's father, Charles, for tax evasion, witness tampering and illegal campaign contributions, sending the elder Kushner to prison in 2004.

"Mr. Kushner pled guilty, he admitted the crimes. So what am I supposed to do as a prosecutor?" Christie asked during a segment with PBS's "Firing Line With Margaret Hoover."

"If a guy hires a prostitute to seduce his brother-in-law, and videotapes it and then sends the videotape to his sister in an attempt to intimidate her from testifying before a grand jury, do I really need any more justification than that?" he asked. "It's one of the most loathsome, disgusting crimes that I prosecuted when I was U.S. attorney. "And I was a U.S. attorney in New Jersey, Margaret, so we had some loathsome and disgusting crime going on there!"

Charles Kushner, a multimillionaire real estate developer, pleaded guilty in 2004 to 18 counts of tax evasion, witness tampering and making illegal campaign contributions. He was sentenced to 24 months in prison and served 14.

"This is a great victory for the people of New Jersey," Christie wrote at the time in a news release. "No matter how rich and powerful any person may be, they will be held accountable for criminal conduct by this office."

In his new book, Christie now writes that Jared Kushner retaliated after the 2016 presidential election by instructing Steve Bannon, then an executive for Trump's campaign, to fire him.

"Jared Kushner, still apparently seething over events that occurred a decade ago, was exacting a plot of revenge against me, a hit job that made no sense at all for the man we had just helped elect," Christie wrote in "Let Me Finish," according to the Washington Post. "And Steve Bannon, hot-shot, big-balls campaign executive, was quietly acquiescing to it."

"What wimps, what cowards. And how disloyal to Donald Trump," he added.