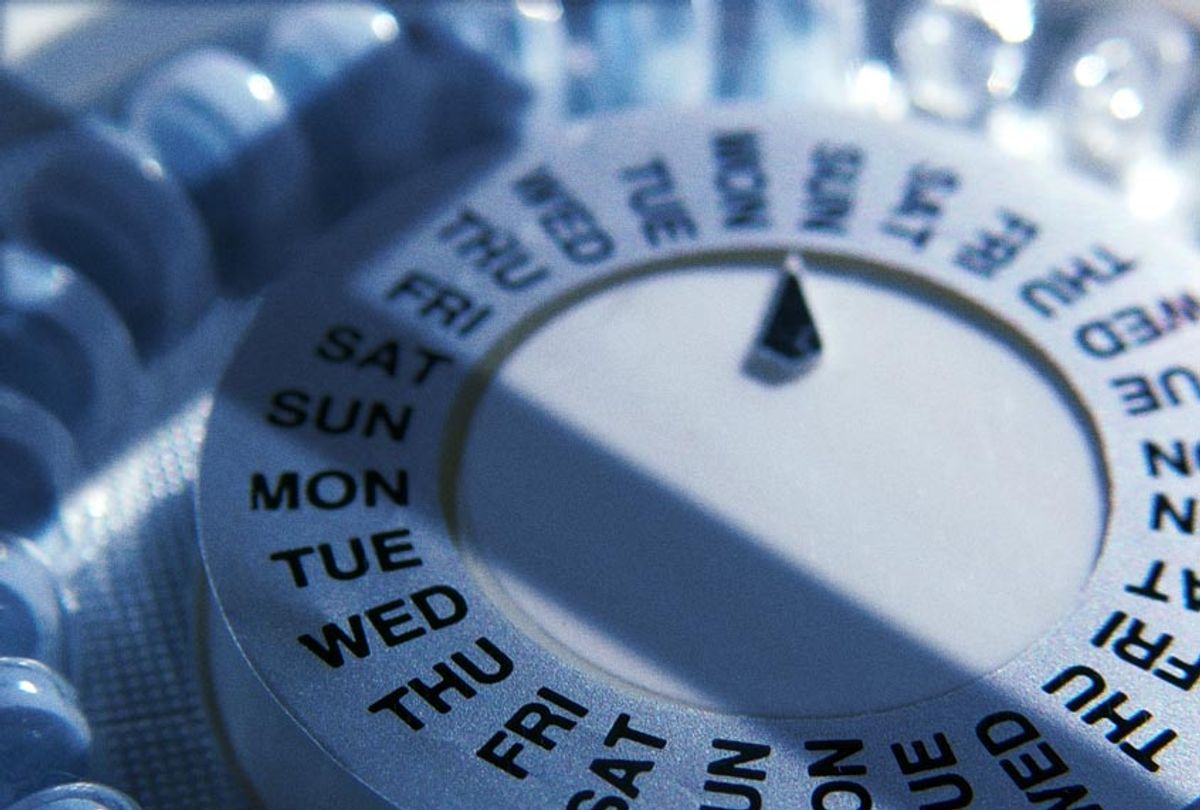 During the 2016 presidential campaign, Donald Trump famously said in a TV interview that there should be "some form of punishment" for women who get abortions. Anti-choice leaders reacted with postures of outraged denial, denying that they shared the politically unpalatable belief that women should be sent to prison for having abortions.

"Pro-life leaders have long said the post-abortive mother is a victim, not a perpetrator, and deserves support and acceptance, not hard time," Ben Johnson at LifeSite wrote at the time.

“That public relations rhetoric that anti-choice groups put out there, that they don’t want to punish women and have no interest in punishing women, it’s a lie," Peter Montgomery of People for the American Way told Salon. "It’s just not true.”

"They’re talking out of one side of their mouth in the U.S.," said Mary Alice Carter of Equity Forward. "But when you follow the money, you always see where people’s values really lie."

Carter was specifically referring to a little-known but powerful group called Human Life International (HLI), which shares a Virginia office building with LifeSite. HLI, which works internationally to oppose LGBT and women's rights, is the subject of a legal complaint filed with the IRS Wednesday morning  by the Campaign for Accountability, which says that it "appears HLI abused its tax-exempt status by failing to report its lobbying expenditures" and "engaging in prohibited political campaign activity."

HLI denied these accusations to Salon, saying that the group has "never supported candidates in domestic nor foreign elections."

Alice Huling, counsel for the Campaign for Accountability, disagreed, saying that the group's activities " look to be pretty blatant violation of the tax laws."

The complaint itself details the surge in funding that flowed from HLI to the Philippines during a political fight over a bill that would make contraception available to the larger public. Previously, birth control had only been a luxury available to affluent people in the Philippines. HLI opposed the bill and worked to repeal the law after it had passed. According to the Campaign for Accountability, HLI failed to report the money it spent on lobbying and working with another group to endorse anti-contraception candidates, which is illegal under American tax law.

While the complaint focuses on anti-contraception organizing in the Philippines, HLI has also drawn fire in the past for its work in El Salvador, a country whose strict abortion ban has led to many women being imprisoned.

HLI leaders tell U.S. audiences that a woman who has an abortion do not understand "what an abortion really is" and is therefore "deceived into believing that abortion is [her] only option." In their view, a woman in that situation is a "victim" who deserves compassion and not jail time. But as the Guardian reported in 2017, HLI backed an effort to preserve the Salvadoran law that was leading to women being imprisoned for having abortions.

"According to documents seen by the Guardian, Human Life International has for years directed a steady flow of dollars to Sí a la Vida, the Salvadoran organization principally responsible for the country’s abortion ban," the Guardian reported.

Deborah Piroch of HLI downplayed this support to Salon, claiming that the Guardian's "feature was rife with errors" and that there was a "rebuttal" on their website. The supposed "rebuttal" described the Guardian article as "fake news" and claimed it was "absurd" to believe that women are being sent to prison in El Salvador for abortion.

In truth, that's far from absurd, and has been documented at the Washington Post and elsewhere. Most importantly, the alleged rebuttal did not deny HLI's relationship to Sí a la Vida or HLI's belief that El Salvador's anti-abortion law should remain in place. Instead, HLI tried to distract readers by pointing out that pro-choice activists have also been working in El Salvador, which no one denies.

When pressed about its relationship to Sí a la Vida specifically, HLI acknowledged that it worked with the group.

In response to Salon's questions about anti-contraception work in the Philippines, Piroch focused on claims that "hormonal contraception can prevent implantation" and therefore that those forms of birth control were "all potential abortifacients."

This anti-choice myth -- effectively equating contraception to abortion -- is commonly invoked to justify the attacks on birth control. It is entirely false. Pregnancy only begins when a fertilized egg implants in the uterus, so no method of contraception can accurately be called an "abortifacient." Moreover, hormonal contraception works primarily by suppressing ovulation. Therefore, a woman who uses no contraception will have far more fertilized eggs fail to implant, which happens about half the time.

This use of scare words like "abortifacient" is about distracting people from the real -- if politically unpopular -- source of opposition to expanding contraception access: Groups like HLI don't think people should be having non-procreative sex at all.

Birth control "deliberately makes infertile a sexual act within marriage that should be fertile," HLI's site argues, adding that this belief that all sex should be "open to new life" should apply to "both Catholics and non-Catholics."

HLI actually argues that it's not true that contraception prevents abortion. Instead, the group contends, "increased demand for abortion is the result of the widespread use of contraception," because birth control leads to the "unleashing of the sexual urge."

Mary Alice Carter of Equity Forward countered by saying, “If you really want to try to reduce unintended pregnancy, and thus abortion, you should be the biggest advocate for access to contraception." She pointed to scientific research showing that access to contraception significantly lowers the abortion rate.

HLI's activism and published writing suggests, however, lowering the abortion rate is at best secondary concern to the group's real goal -- which is policing and punishing people for having non-procreative sex.

The group's work in the Philippines and El Salvador also highlights the way the religious right works to spread its radical, anti-sex and anti-female ideology: By targeting the most vulnerable people around the world, because it's easier to police and punish the sexuality of poor and vulnerable people than it is to go after more privileged folks.

As Peter Montgomery of PFAW pointed out to Salon, Alliance Defending Freedom portrays itself as a "religious freedom" group in the U.S., and largely focuses on politically palatable fights such as defending bakers and florists who object to doing work for same-sex couples. But its overseas work has included supporting laws that would imprison people for being gay, lead to the mandatory sterilization of trans people, and take children away from LGBT parents.

“HLI and its allies don’t want to talk about [imprisoning women for abortion] right now," Montgomery said. "I think they’d be willing to talk about it a lot more when they’re able to criminalize abortion the way they want to.”