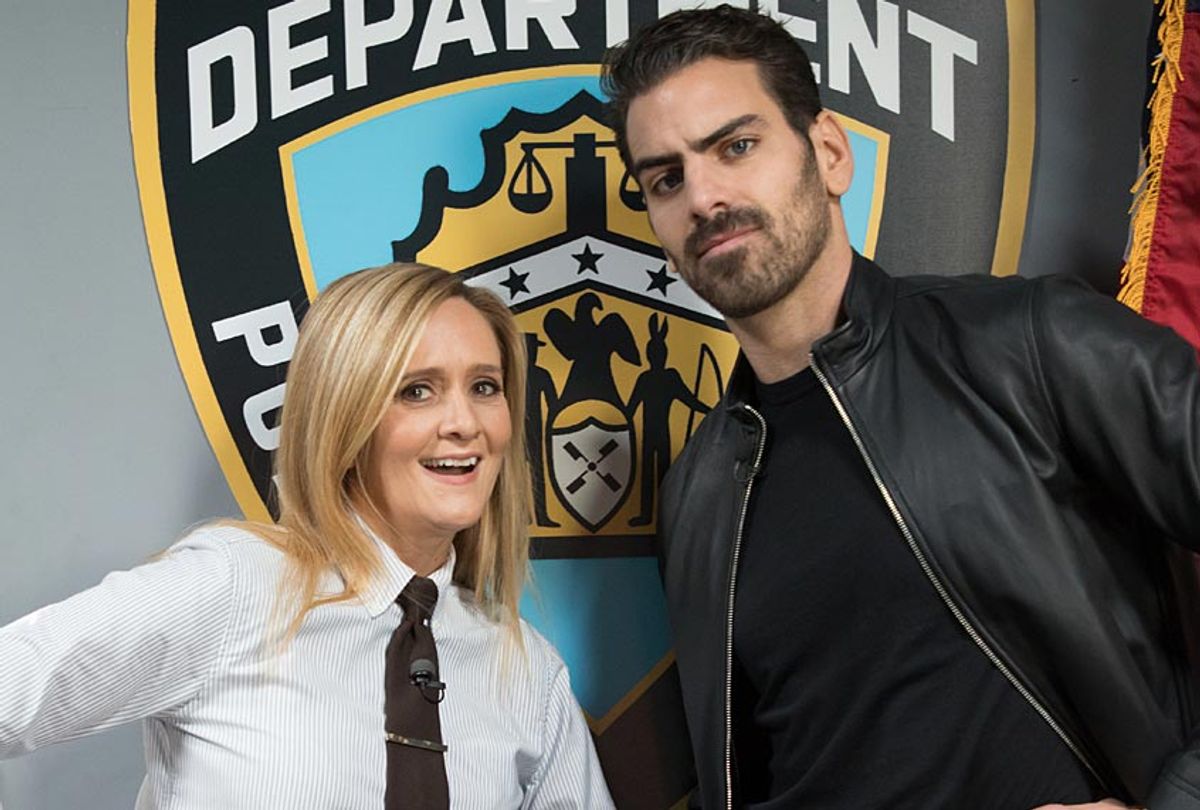 For years now, stories and videos depicting incidents of police brutality have become a consistent part of national news. On Wednesday's episode of "Full Frontal with Samantha Bee," the comedian addresses the specific vulnerability of the Deaf and hard of hearing community when it comes to police interactions.

Joined by Deaf model and activist Nyle DiMarco, the two deliver a satirical instructional video titled "Stop Doing That!" meant to retrain police on how to safely and responsibly interact with the Deaf community.

"The last 37 parts focused on how not to shoot people of color," Bee says in the field piece, which airs Wednesday night. "But today we're talking about another group mistreated by police." The subtitles acknowledge that there are many people of color who are also Deaf or hard of hearing.

"Now, as a cadet, your training barely covered the importance of how to interact with America's one million Deaf citizens," DiMarco adds, and corresponding headlines of poor and dangerous encounters illuminate the disparity.

The lessons of the instructional video highlight real-life police interactions with the Deaf community that have been brutal and harmful, and then offer correctives — such as noting that while American Sign Language can be expressive, it is neither aggressive nor a threat, and that reading lips is impossible and therefore it is crucial to call in a certified interpreter, as is the law.

This segment amplifies the ongoing problem of the substantial overlap between victims of police brutality and people with disabilities, from deafness to mental illness to addiction. Thus, the major takeaway that Bee repeats over and over is: "Stop beating and shooting unarmed people."