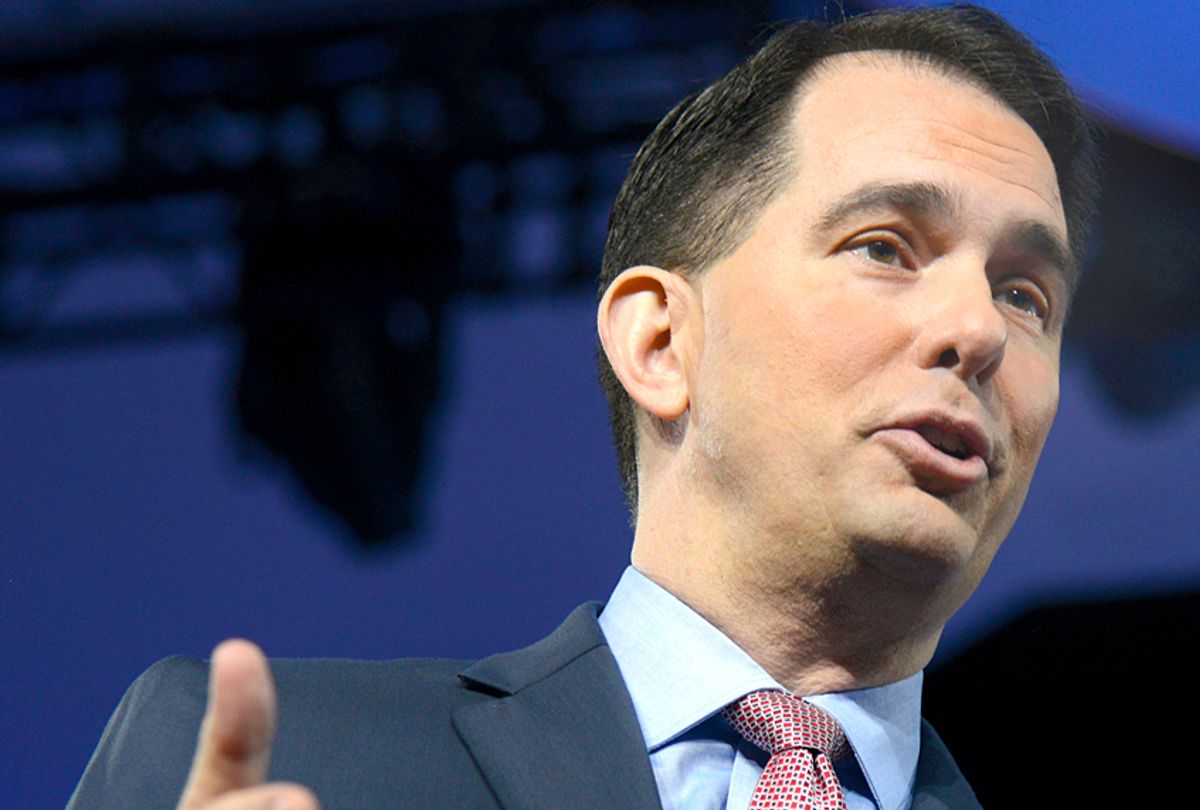 Manufacturing giant Foxconn said it is reconsidering plans to build a $10 billion plant in Wisconsin that would make LCD screens, Reuters reports.

The 20 million-square-foot campus was announced at a White House ceremony in 2017. The proposed plant would have been among the biggest foreign investments in American history and former Gov. Scott Walker awarded the company more than $4 billion in tax breaks to make the project happen.

On Monday, a Foxconn official told Reuters that plans for the plant may be “scaled back or even shelved.”

Louis Woo, the special assistant to Foxconn chief executive Terry Gou, told the press service that the company was still considering its options in Wisconsin, but said the cost of manufacturing TVs in the U.S. was simply too high.

Woo said that the company wants to create a “technology hub” in Wisconsin, but the factory idea had been scrapped.

“In Wisconsin we’re not building a factory. You can’t use a factory to view our Wisconsin investment,” Woo said.

The Associated Press reported that Foxconn said in a statement Wednesday that it was still committed to creating 13,000 jobs, but would not recommit to the $10 billion investment it previously vowed.

Reuters reported that the company is now expected to hire only around 1,000 workers by the end of 2020, less than 20 percent of the original number. So far it has hired 178 employees.

Rather than hire manufacturing workers, the company now plans to focus on hiring mostly engineers and researchers, or what Woo called “knowledge positions.”

Woo told Reuters that the company’s plans in Wisconsin would mostly consist of research facilities but would also include packaging and assembly operations that would produce specialized tech products.

Democrats were incensed by the news, especially after Walker engineered the largest tax incentive in state history to bring Foxconn to the Badger State.

"Every step of the way Foxconn has overpromised and under-delivered," said Wisconsin State Assembly Minority Leader Gordon Hintz, a Democrat, in a statement to the AP. "This news is devastating for the taxpayers of Wisconsin. We were promised manufacturing jobs. We were promised state of the art LCD production. We were promised a game-changing economic opportunity for our state. And now, it appears Foxconn is living up to their failed track record in the U.S. — leaving another state and community high and dry."

Trump and the White House have yet to comment on the news. But the proposed Foxconn plan, like the similarly ill-fated Carrier air conditioning plant in Indiana, was touted as proof that he could bring manufacturing jobs back to America.

"America is open for business more than it has ever been open for business. Made in the USA: It's all happening and it's happening very, very quickly," Trump said after a June visit to the Foxconn site. "Today we're seeing the results of the pro-America agenda. America First, Make America Great Again. Greatest phrase ever used in politics, I suspect."