Last week Texas claimed 95,000 voters were non-citizens, and the right went nuts. But most of them probably were 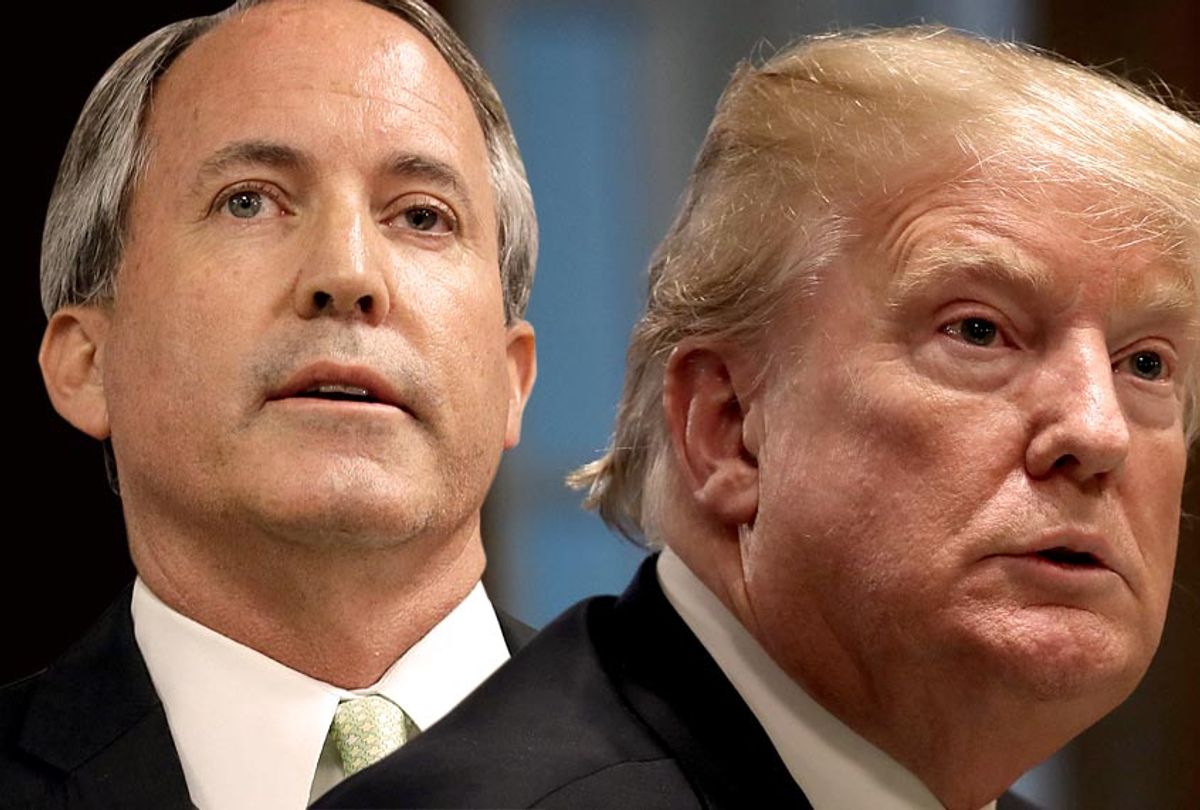 The Texas secretary of state’s office is quietly telling counties that many of the voters it flagged for a citizenship review are actually citizens, after earlier declaring publicly that 95,000 voters were illegally registered to vote, The Texas Tribune reports.

The president and Paxton were referring to a report by Texas Secretary of State David Whitley’s office that claimed 95,000 voters were wrongly allowed to register to vote and 58,000 of those voters had cast a ballot at some point between 1996 and 2018.

If those numbers seemed too ridiculous to believe, they were. Whitley’s office sent an advisory out Friday flagging the 95,000 individuals who were registered to vote, largely because they had to use a green card or work visa when they obtained a driver’s license or ID card, showing they were not citizens at the time.

The Tribune noted the method used was murky, since many non-citizens likely became citizens during the 22-year period in question.

Despite a very public announcement about the discovery of what the president called illegal voters, the advisory from Whitley’s office emphasized in capital letters that the names on the list should be considered “WEAK” matches.

On Monday, The Tribune reported that Whitley’s office is now quietly informing counties that many of the voters on the lists it sent don’t belong there and are actually citizens.

Officials in Texas’ five largest counties confirmed to the outlet that they received calls from Whitley’s office informing them that it wrongly flagged “significant” number of names.

Douglas Ray, a special assistant county attorney in Harris County, told the outlet that 29,822 voters in the country had brrn flagged by the state but a “substantial number” of them are now being marked as citizens.

“To be quite frank, several years ago the secretary of state did something very similar, claiming there were people who were deceased,” Ray told the outlet. “They sent us a list and the voter registrar sent confirmation notices, and it turned out a lot of people identified on the list were misidentified. A lot of the people who received notices were very much alive.”

It’s unclear how many of the names were wrongly flagged, but the Tribune reported that most of the state’s most populous counties were holding off on sending out “proof of citizenship” notices.

Chris Davis, Williamson County’s elections administrator, told the outlet that counties are now being instructed to consider certain voters on the list as citizens. Bruce Elfant, Travis County’s voter registrar, added that the instructions resulted in a “significant drop” in the number of flagged voters.

The Texas debacle is similar to similar voter-fraud witch hunts Republicans have staged in the past. Florida used a similar methodology to flag 180,000 voters whom officials claimed were non-citizens. That number was later reduced to just 85 voters, but by then the state had already purged thousands of legal voters from the rolls.

In Texas, Galveston County is already sending out notices to voters on the list giving them 30 days to verify their citizenship or be purged from the rolls, even though the secretary of state has now admitted many of them are citizens.

Beth Stevens, voting rights legal director for the Texas Civil Rights Project, warned that Whitley’s actions could result in a similar scenario as in Florida.

"The secretary’s actions threaten to result in tens of thousands of eligible voters being removed from the rolls, including those with the least resources to comply with the demand to show papers," Stevens told The Tribune.

The League of United Latin American Citizens has filed a lawsuit in federal court in response to the move, accusing Whitley and Paxton of violating a section of the Voting Rights Act that bars voter intimidation.

“These two Texas officials have carefully crafted and orchestrated a program that combines an election advisory ostensibly directed at ensuring that all those registered to vote in the May election are citizens eligible to vote with the use of data that is suspect on its face and a blackout on public access to the data,” the lawsuit says.