Movement started by 16-year-old Greta Thunberg led 35,000 Belgian students to walk out of class on Thursday 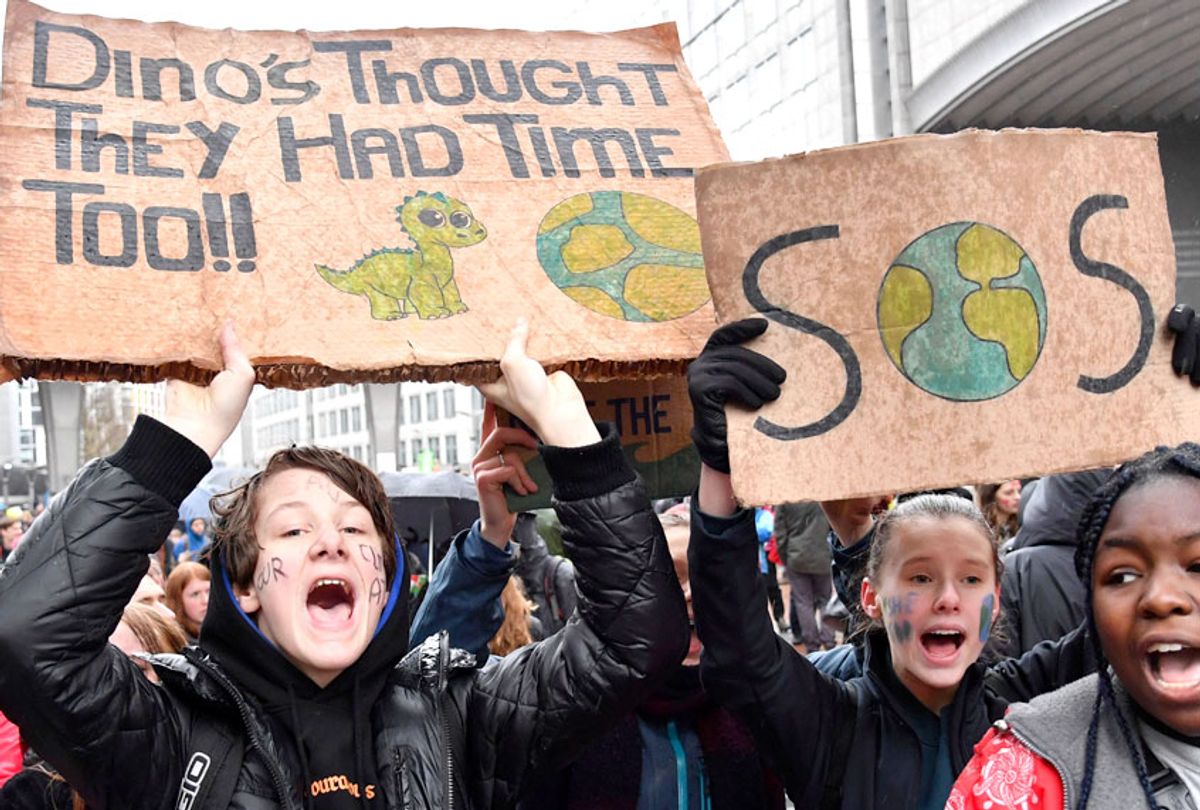 Protestors hold placards as they march during a Rise for the Climate demonstration in Brussels, Sunday, Jan. 27, 2019. (AP/Geert Vanden Wijngaert)
--

As many as 35,000 Belgian students walked out of classrooms in Brussels, Liège, and Leuven on Thursday in the fourth straight week of protests to pressure policymakers to pursue bolder measures in response to the human-made global climate crisis.

Students across the globe have joined the climate strike movement inspired by 16-year-old Swedish activist Greta Thunberg, and are calling on politicians to heed the increasingly urgent warnings from scientists that the international community must immediately phase out fossil fuels and enact other ambitious measures to drive down greenhouse gas emissions.

"The climate is a disaster," 15-year-old demonstrator Allison Debonte told Reuters, adding that she worries her children won't be able to live in Brussels because of the climate crisis.

"It's our planet and the generation before us hasn't done anything," added Julian Rume, 17. "In 20, 30 years, we will all be migrants, we'll all be moved out of our planet."

Brussels, where an estimated 12,500 students marched on Thursday, is considered the de facto capital of the European Union, as home to several EU institutions. The young strikers have condemned those in power across Europe for failing to cut emissions and transition to renewable energy.

A 16-year-old named Pauline, in an interview with Deutsche Welle, was optimistic that progress is on the horizon: "Me and my friend, we already try to do everything for the climate. I think there is now a lot of attention on this issue. So I really think that the countries will start to mobilize and change something."

Participants and supporters from cities across Belgium shared updates on social media with the hashtags #ClimateStrike and #YouthForClimate:

The actions on Thursday followed an estimated 35,000 students who marched in Brussels last week and about 160,000 protesters in Belgium and France over the weekend.

Thunberg's protests outside the Swedish Parliament last year have garnered her, and the broader youth demand for climate action, international attention — enabling the teenager last week to tell the billionaires attending the World Economic Forum to their faces that they're among some of the specific individuals responsible for the climate crisis. She highlighted the protests in Belgium on Twitter and Instagram on Thursday:

Meanwhile, in several other cities around the world, students plan to continue the strike on Friday, with organizers sharing details on social media using the hashtag #FridaysForFuture: