The Meng Wanzhou affair has profound implications for diplomacy everywhere 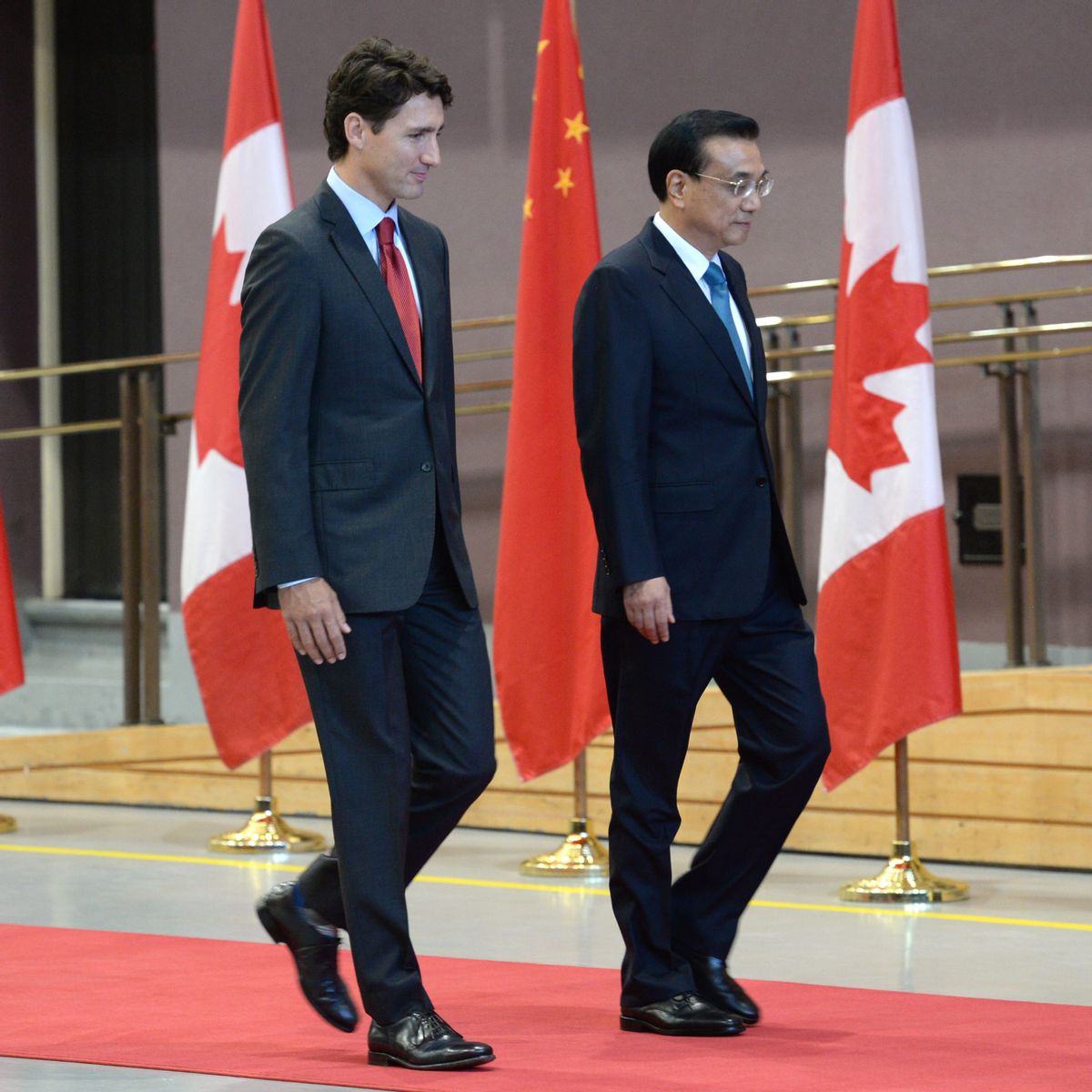 Much of China’s influence in the world comes from what Chinese nationals do outside the country, in their capacity as investors, technicians, scientists, business leaders, traders etc.

The capacity of these people to serve the national interest obviously depends very much on the Chinese state’s capacity to protect them when they are abroad.

On last count, there are a total of 81 million Chinese passport holders, not counting a diaspora of over 50 million people of Chinese-origin, who live mostly in non-Western countries.

To serve them, China maintains what is by far the largest consular service in the world. Its influence in the treatment of Chinese nationals in most countries goes beyond normal consular protection. This extraterritorial reach is both a source of pride and regime legitimacy.

Against that backdrop, so massive and public a failure as not preventing the arrest of Ms. Meng, Huawei’s CFO,was bound to have an immediate impact not just on the China’s international reach, but on the regime’s sense of its own legitimacy.

All of this should have been clear to Canadian authorities when they detained Ms. Meng in the transfer lounge at Vancouver airport on December 1.

However, the many questions that have arisen since — including surrounding the latest episode in the Chinese-Canadian diplomatic spat over the firing of John McCallum, Canada’s ambassador to China, a political appointee , for unhelpful public statements — show that the crisis has been badly handled by both countries.

It should also have been clear, though not yet evident to most Canadians, that the standoff with China would have high economic costs and poses longer-term risks.

Canada is already off the list of approved travel destinations for Chinese tourists. The impact of losing the 600,000 Chinese tourists who visit every year is a weapon they could deploy. In the worst of cases, the presence of the 50,000 Chinese students in Canadian universities could be put in question, with enormous impact on those institutions.

At this stage, it is hard to see a way to untie the increasingly Gordian knot the Canadian actions and Chinese reactions have tied. Two Canadians remain in Chinese prisons as de facto hostages, while Mrs. Meng remains out on bail awaiting the court’s decision, and the United States remains adamant in demanding her extradition.

The Canadian government is caught in an extraordinarily difficult situation — unable to intervene to release Ms. Meng.

On the one hand it cannot interfere with the administration of justice and doing so would create a separate crisis with the country’s important relationship with the United States. On the other, it is desperate not to ruin what is a major thrust of Canadian international policy — a productive relationship with China.

While the legal process continues, diplomats try to play catch up with a situation that effective diplomacy might possibly have avoided.

The Meng crisis has profound implications for the practice of diplomacy everywhere. For if diplomacy remains useful at all today, it is as the state’s capacity to anticipate trouble, if possible to head it off and, if conflict becomes inevitable, to limit the damage.

Neither Canada or China appear to have deployed effective diplomacy in this neuralgic instance.

Professional diplomats are sensitized to this task from the earliest stages of their careers. The purpose of posting diplomats in foreign capitals is precisely to allow them to develop an understanding of their hosts and anticipate their behavior when trouble looms (or opportunity knocks).If trouble comes, they have unique insight on how to manage it.

Diplomats can offer warnings, advice and management tools that no one else in their own capitals can. It is a particular irony of the profession that diplomats’ home governments often prefer to act on the basis of other domestic considerations, or in ignorance.

As a consequence, professional diplomats are often called upon to perform their fallback function: To try to clear up a mess that should not have happened in the first place. The Huawei mess may well be a case in point.

What did the Canadians not understand about the most probable Chinese reaction when Prime Minister Justin Trudeau decided to not just allow the arrest of Ms. Meng (something he was compelled to do by law), but made a public declaration that he was personally aware and hence part of the extradition process?

In particular, was Mr. Trudeau perhaps trying to use the Meng/Huawei matter to make up for his recent spats with U.S. President Donald Trump? Was he acting on advice from across the government, including the foreign policy community?

Conversely, in what way did the Meng arrest constitute a challenge so serious to the Chinese system as to prompt a response that was apparently irrational and definitely counterproductive?

Part of the answer obviously lies in how things were perceived at the highest levels of the Chinese government.

First, were the Chinese perhaps glad that it came to the U.S. extradition request to the Canadian government precisely because they saw it as a “dirty” U.S. tackle in the Great Game (something the Chinese play full out).

Second, was their reaction, in that sense, tactical to show indignation, but very much a part of the game itself?

Or, third, does it boil down to a matter of a highly personal peeve, as Ms. Meng’s arrest was regarded as a harsh insult to the senior Chinese establishment to which she belongs? Over-reaction is not unheard of in such cases.

Beyond the matter of Ms. Meng being a member of an influential family, Huawei — which her father founded — is an icon of Chinese industry and national pride. A Huawei phone, not an iPhone, is in almost every Chinese pocket and purse. Huawei is also a national champion in global markets (and possibly more).

Imagine for a moment if a Canadian business figure of similar prominence, say Belinda Stronach, was arrested by the Chinese on what were clearly politically motivated charges. We, the Canadian government and public, would rightly be outraged — as indeed we are by the brutal Chinese actions that have occurred since Meng’s detention.

Not surprisingly, the Chinese public, for its part, reacted with outrage. The Chinese government was thus under public political pressure (only partly stimulated by the state media) to act in a way that matched its claim to superpower status and get Ms. Meng out of jail and home.

China’s overreaction
Then there is the matter of the Chinese government losing face due to Ms. Meng’s arrest abroad.

Given that the legitimacy of the Communist Party is not just based on repression, but also the capacity to ensure a rising level of material welfare, stoking a solid sense of national pride and protecting its citizens out in the world, let’s accept that there were understandable reasons for a strong Chinese reaction.

There was little sense, however, in the nature of that reaction. It not only escalated the issue to the top of the national agenda but, given what followed, was clearly put in the hands of the Chinese security system to manage — rather than its diplomats.

The Chinese embassy in Ottawa, for one, seems to have consistently played catch up with events.

To a hammer, everything is a nail, and to the Chinese security services, every challenge is to be addressed by repression and coercion.

The arbitrary arrest of two Canadians on obviously political grounds (and the extraordinary death sentence for a convicted Canadian drug smuggler) solved nothing and stimulated a wave of revulsion — not just in Canada but the rest of the Western world.

The Canadian government, for its part, acted unaware of the nature of the game that what seemed like a routine matter involving the administration of justice had set in motion.

Prime Minister Trudeau, probably driven by political considerations, raised the issue to the top of the public agenda by volunteering that he was aware of the arrest in advance.

That’s a nice move if you are explaining to Canadians how the law is above politics, but not a great thing to say to a Chinese system on high alert and in high dudgeon.

If the Prime Minister was indeed aware the extradition request, it is a fair question to ask whether Canadian diplomacy was engaged to head it off in Washington before it was submitted.

The decision to seek extradition, especially in so high profile a case is not routine. It must be approved at the political level in the U.S. Department of Justice.

Did the Canadian Embassy in Washington engage with the Trump Administration on whether to make Canada a proxy in the U.S.-China trade war?

Given where things are today, it is admittedly unlikely that they would have succeeded, but this was no casual matter for Canada. The United States has, by dint of the extradition request, made a dramatic move in its trade dispute with China and in its efforts to keep Huawei out of the telecom systems of the West — including Canada’s.

By pushing Canada forward as its proxy, it has also stymied Canadian aspirations to raise economic relations with China (something to which it had already signalled its opposition in the new USMCA).

Were efforts made to engage with Huawei to ensure that the company understood the legal situation of its officials when they travel abroad?

Did the government reach out to China immediately at the right level to try to engage in crisis management?

Was Ambassador McCallum provided clear guidance on how to engage with the Chinese authorities once the crisis was escalating?

Where are Canada’s – and China’s professional diplomats in all of this? It looks, at best, as if they were relegated to the demeaning role of following the parade with brooms and pails, for pure clean-up of the mess. Surely, they could be better deployed on both sides.

So many questions, very few answers

The direct stakes to Canada are certainly high enough to have justified the most vigorous action to head off the damage done to the one major international relationship – the one with China.

Successive Canadian governments have been trying to build this relationship as a counterweight to Canada’s continuing and ever more evident vulnerability to the vagaries of U.S. politics.

So far, if one is keeping score in this three way crisis, it is U.S. diplomacy 1, Canadian diplomacy 0, Chinese diplomacy 0.