At least 15 detained immigrants are on hunger strike, and six are now being force-fed through painful nasal tubes 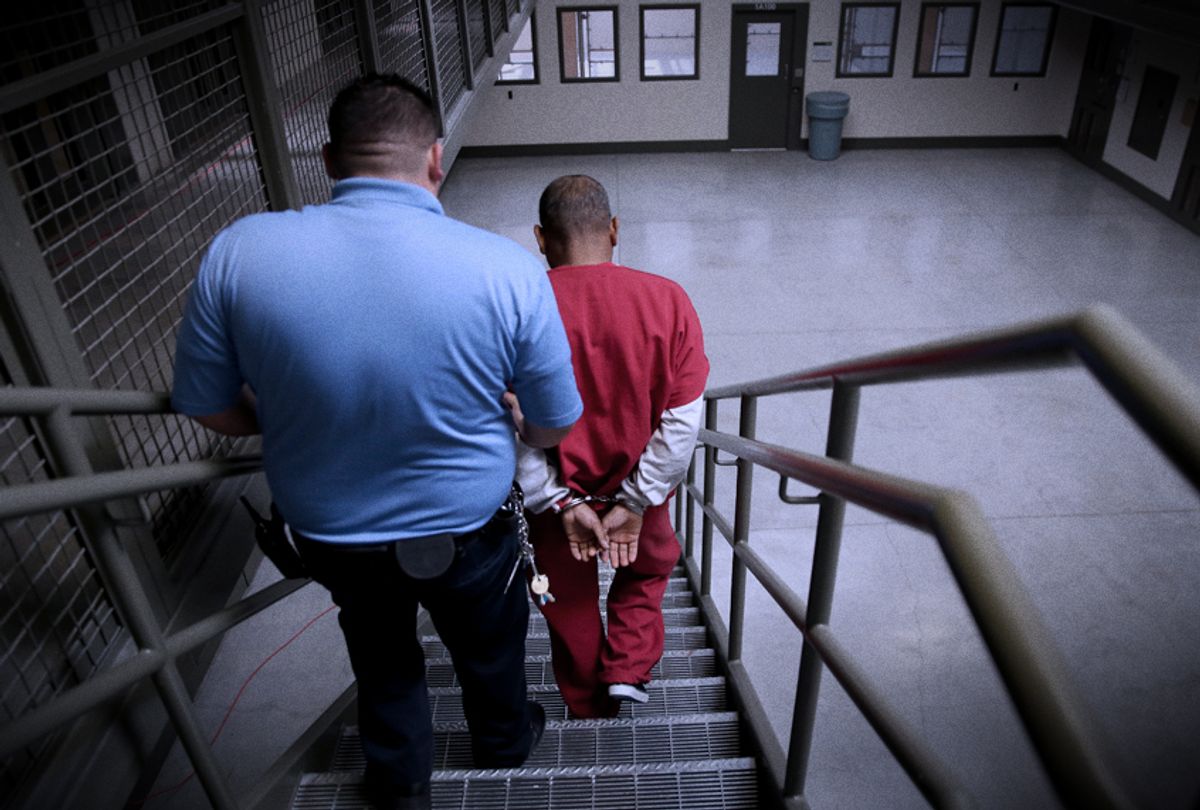 Immigration and Customs Enforcement officials are force-feeding at least half a dozen detainees on a hunger strike to protest conditions at the Texas facility where they are being held, the agency said Thursday.

ICE said in a statement to the Associated Press that 11 detainees at an El Paso processing center have refused to eat and four others at detention centers in San Francisco, San Diego, Miami and Phoenix were also on a hunger strike. Six of the 11 detainees are being force-fed under court orders issued by a judge in January, roughly two weeks after the hunger strike began.

The force-feeding is being done through nasal tubes, which a lawyer for two of the immigrants on hunger strike said has caused pain and bleeding.

New York University School of Medicine professor Dr. Arthur Caplan told the New York Times the the force-feeding is an “uncomfortable practice” in which “you put in a tube through the nose, and then you pour a nutritional formula through the tube.”

“Putting the tube through the nose is often painful, particularly if the person is resisting,” he said.

"They have tubes that have been shoved through their noses and IVs giving them fluids. It's extremely painful and it's against their will,” attorney Ruby Kaur told NPR, adding that some have experienced rectal bleeding and vomiting.

In 2006, the World Medical Association issued a statement condemning the force-feeding of inmates as “unethical” and “never justified.”

Kaur told the Times that many of the immigrants were asylum-seekers fleeing persecution in India. They are protesting the verbal abuse and deportation threats they have endured from immigration officials, she said.

The immigrants who went on hunger strike were placed in solitary confinement as punishment, she told the outlet. One of her clients lost between 40 to 50 pounds because of the strike, she said.

“You’re fleeing persecution, you come to this country, and you are being tortured here as well,” she said. “The only avenue they have is to peacefully protest.”

Christina Fialho, co-executive director of the nonprofit Freedom for Immigrants, disputed ICE’s total of the number of immigrants on strike, telling the Times that as many as 30 people may be hunger-striking at the El Paso facility alone.

It’s unclear why ICE has chosen to force-feed these asylum seekers.

"Since May 2015, we’ve documented nearly 1,400 people who’ve been on strike in 18 different facilities and never witnessed force-feeding," Fialho told ABC News. "Force-feeding seems like an escalation on ICE’s retaliatory tactics."

The agency said in a statement that it "fully respects the rights of all people to voice their opinion without interference," and "does not retaliate in any way against hunger strikers."

A federal judge in the Western District of Texas signed all six "non-consensual hydration/feeding" orders between Jan. 15 and Jan. 17, according to ICE.

“I immediately requested a visit, and was able to spend several hours this afternoon at the detention facility talking to personnel and to 6 detainees being force-fed, many of whom have been detained for 15-18 months,” she wrote on Twitter. “This [is] unacceptable … El Paso and our country are better than this.”