Instead of protecting Americans' health, insiders at the CDC were dutifully helping Coke sell sugar water 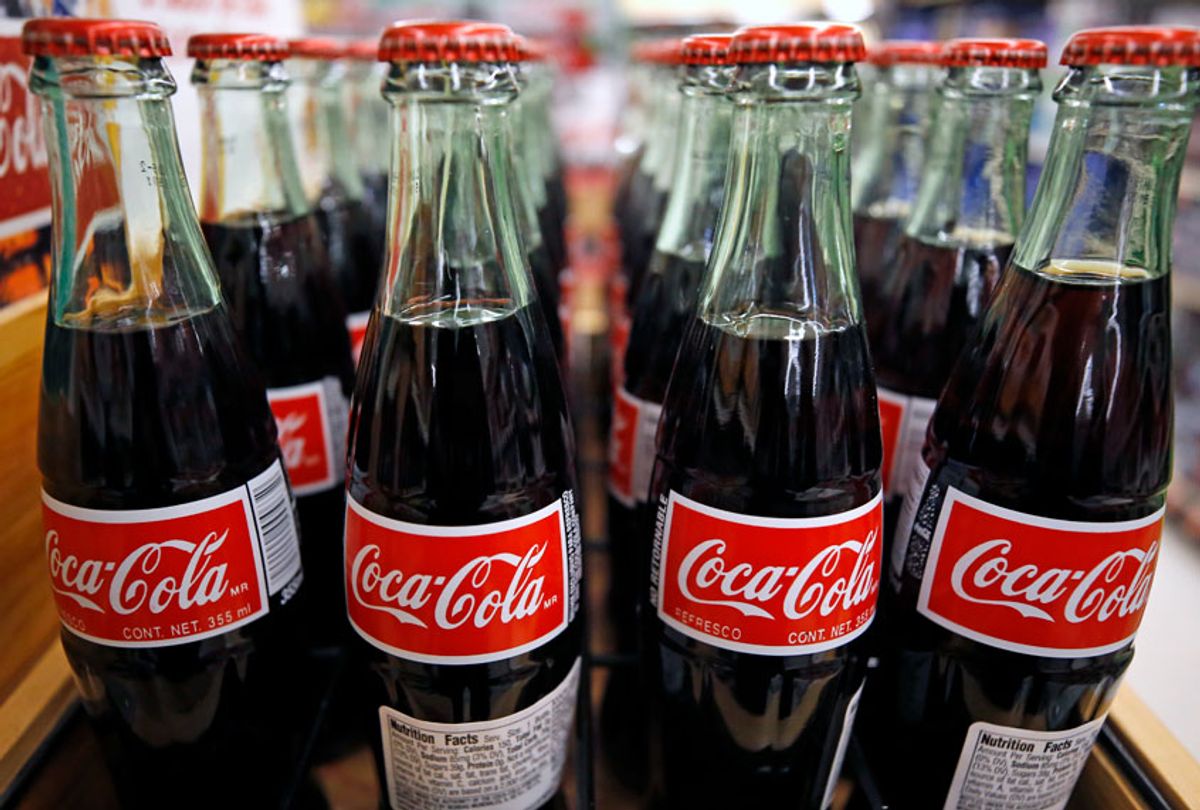 A paper published this week, which analyzed private emails exchanged between the Centers for Disease Control and Prevention (CDC) and Coca-Cola, revealed how the sugary drink corporation has tried to influence the public health policy decisions of a U.S. federal agency that is supposed to protect Americans’ health.

The paper was published in the health policy journal Milbank Quarterly, and analyzed  295 pages from 86 emails obtained by the public health group U.S. Right To Know under the Freedom of Information Act. Of the non-profit’s 10 Freedom of Information Act requests, three were still pending at the time of publication and five were rejected “as too broad or because no records were found,” according to the study’s authors. Only three were returned.

“The returned emails demonstrate three main themes in Coca-Cola’s contact with CDC employees: to gain and expand access, to lobby, and to shift attention and blame away from sugar-sweetened beverages,” the study states.

While plenty of scientific studies have shown that sugar is a leading cause of obesity, diabetes, and heart disease, these emails reveal Coca Cola’s ongoing mission to shift the blame for obesity away from sugar-sweetened beverages, and pin the world’s obesity problem on a lack of physical activity.

Coca Cola’s effort to gain and expand access within the CDC indicate there were efforts to strengthen institutional ties, in addition to building on relationships that already had a history from previous work experience.  The former director of the CDC’s Division for Heart Disease and Stroke Prevention, Barbara Bowman, and Alex Malaspina, a former Coca-Cola senior vice president of external affairs and the founding president of International Life Science Institute (ILSI), were once colleagues: Bowman worked with Malaspina at Coca-Cola, and in 2016 Bowman retired after emails were made public that revealed she had been offering advice on how to influence world health authorities’ minds on sugar taxes and beverage policy matters. Meanwhile, ILSI, far from being a nonpartisan nonprofit, was recently discovered to be an astroturf organization funded by junk food companies; indeed, its funding roster includes Coke, Nestlé, McDonalds, and PepsiCo. Previous investigations revealed how ILSI influenced public health policy regarding obesity in China.

Malaspina writes in the email: “Please see report on WHO. This is getting a lot of publicity. We must find a way of some one [sic] such as a famous scientist [to] arrange to pay her a visit. Maybe Jim Hill or someone of similar stature or a US government scientist.”

“In summary I am suggesting that collectively we must find a way to start a dialogue with Dr. Chen [sic]. If not, she will continue to blast us with significant negative consequences on a global basis. This threat to our business is serious. Warmest Regards, Alex.”

It is also worth noting that Hill, as reported in 2015 by the Denver Post, accepted a $550,000 gift from Coca Cola for an obesity campaign, and tried to attain a job for his son at Coca-Cola.

Though this example of corporate lobbying at the CDC seems especially egregious, the authors of the paper say the emails as a whole “provide a rare example of the ways in which corporate interests attempt to influence public health practitioners ‘in their own words’ and they demonstrate a need for clearer policies on avoiding partnerships with manufacturers of harmful products.”

Gary Ruskin, co-director of U.S. Right To Know, told Salon in an email this paper should grab the attention of Congress, who should further investigate the relationship between the CDC and Coca Cola.

“Congress should investigate what has really happened between the CDC and Coca-Cola, and whether CDC complied with relevant ethics standards,” Ruskin said. “And Congress should figure out what can be done to ensure that CDC is not improperly influenced by corporations that manufacture harmful products.”

In response to Salon’s inquiry about the paper and emails, agency spokesperson Kathy Harben told Salon “The Centers for Disease Control and Prevention (CDC) and the Agency for Toxic Substances and Disease Registry (ATSDR) work 24/7 to protect Americans.”

Harben added: “CDC’s ethical framework provides the checks and balances needed to keep the agency on track scientifically and ethically, and CDC provides employees with resources to maintain ethical and scientific integrity.

Yet as the authors of the paper explained, the emails were reviewed with CDC’s ethics in mind:  “We further compare these documents to the 2014 CDC ethics guidelines, which state that interactions between the CDC and private entities must be based on ‘mutual, explicit and transparent benefits for all partners.’ The guidelines also state that staff considering a partnership must ask whether ‘partnering with the private entity presents a conflict of interest (real or perceived).’”