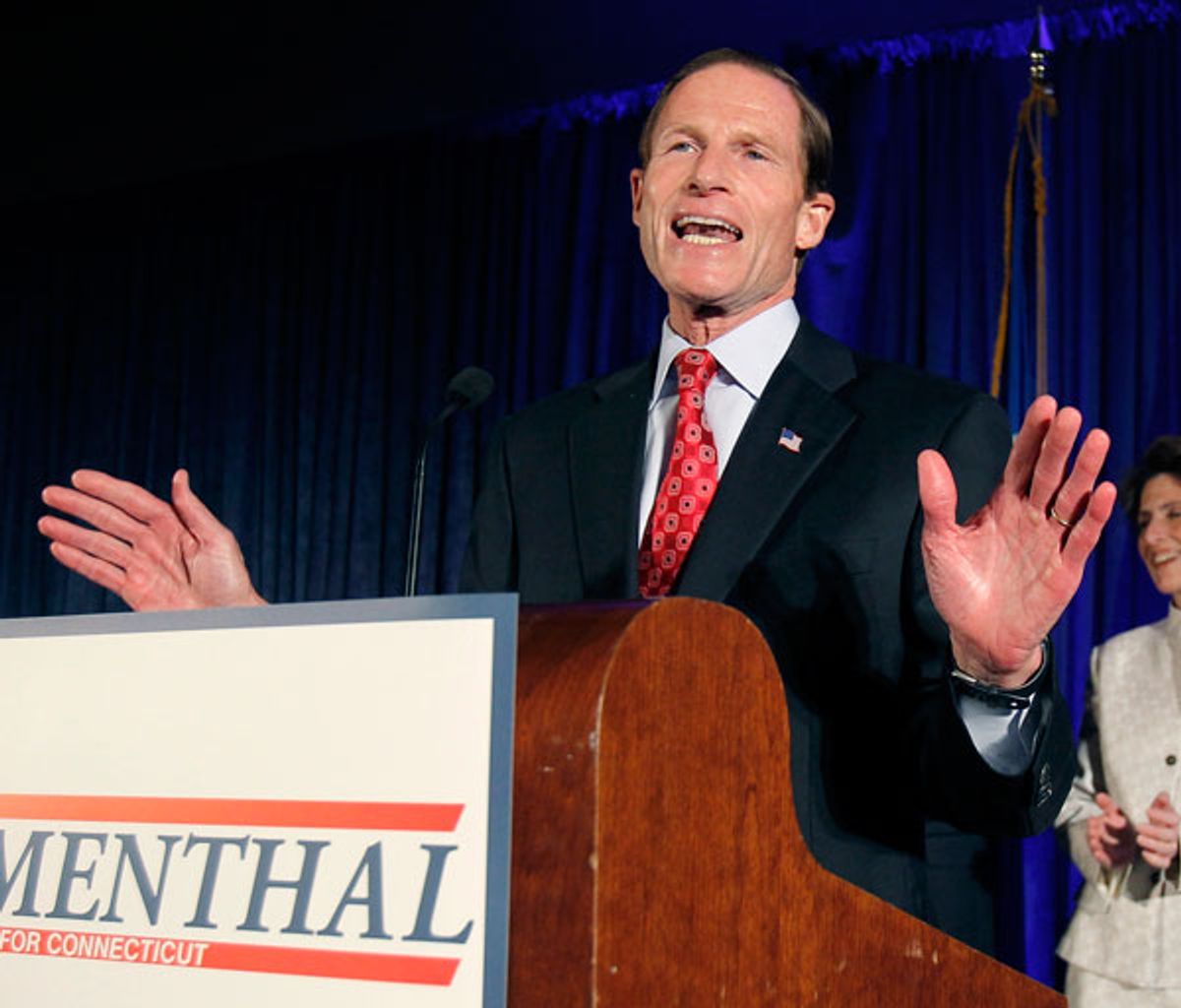 Sen. Richard Blumenthal (D-CT) gets under Donald Trump’s skin — and the reason why spans back decades.

Politico reported Tuesday that Trump’s attacks on Blumenthal, a former Connecticut attorney general, have more to do with a family feud than his record in Vietnam.

On Monday night, Trump went after the Connecticut Senator on Twitter.

“How does Da Nang Dick (Blumenthal) serve on the Senate Judiciary Committee when he defrauded the American people about his so called War Hero status in Vietnam, only to later admit, with tears pouring down his face, that he was never in Vietnam,” the president tweeted. “An embarrassment to our Country!”

Blumenthal has admitted that he “misstated” his service during the Vietnam war (he was a Marine reservist during that period) — and according to one former senior White House official, that disambiguation angered Trump.

“Trump gets a bad rap for not serving in the military and when he saw someone else who claimed to have served but technically didn’t,” the official told Politico, “he seized on that opportunity.”

But it was a feud between Blumenthal’s in-laws and Trump over the Empire State Building that may be at the core of the president’s animosity towards the Connecticut Democrat.

“Trump and Blumenthal’s father-in-law, Peter Malkin, were competitors in the Manhattan real estate market,” the report noted, “and eventually clashed over a deal involving control of the iconic Empire State Building.”

According to Blumenthal’s seatmate, Sen. Chris Murphy (D-CT), the former Connecticut attorney general “is picking a scab regularly that Trump’s particularly sensitive about.”

“Dick’s on TV a lot talking about the Mueller investigation,” Murphy said. “He doesn’t pull any punches.”

Read the entire report via Politico.