America's presidential elections are broken: Here's how to fix them

Most people don't vote, even in presidential elections — because their votes don't count. We can change that 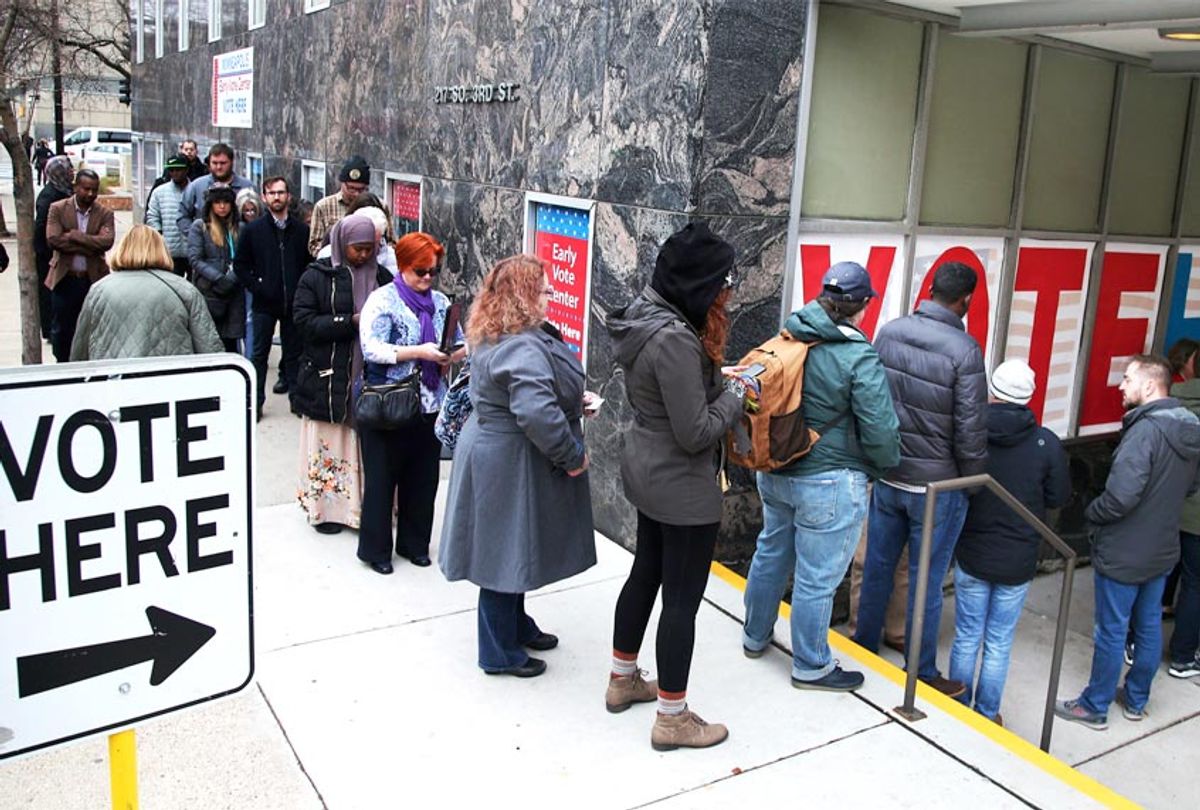 This is the first part of a two-part series.

Only a little more than half of all eligible voters cast ballots in presidential elections. Fewer than half vote in midterm elections. The left says that the right creates a daunting obstacle course to discourage voters. The right says that people too lazy to complete the steeplechase aren’t the sort who ought to vote anyhow.

Both sides miss the point. The Republican and Democratic presidential nominees do not seek the votes of most Americans in the only national election. Imagine McDonald’s not selling burgers to everyone; Starbucks offering coffee only in 10 states. That’s the way the political parties’ candidates for president conduct their general election campaigns.

The reason is the antiquated, anti-democratic presidential selection system.

The two parties concede the outcome in at least 40 states, where more than 80 percent of Americans live. Because of the winner-take-all system of the Electoral College, where (in 48 of 50 states) a single-vote plurality gains all the electors, Republicans go into the general election sure of getting about 230 electors, while the Democrats can be sure of about 210.

Each party then focuses their promises, policies, get-out-the-vote and advertising efforts on states that by demographic accident have a 50/50 party split of likely voters. These five to 10 swing states have less than 100 electors in all. They are the battlegrounds for the general election.

The fact that all their votes do not seem to matter is not lost on the denizens of the ignored states. Voter turnout in swing states is routinely much higher than in the conceded states. In total between 17 and 77 million more people would vote if the candidates competed in every state for every vote.

Not only would participation lead to more acceptance of the winner’s inauguration, but also the candidates would have to pay attention to what most people wanted them to do. The parties’ platforms would have to reflect majority opinion. Both parties would need to build broad coalitions, instead of appealing to the few factions that drive the outcome in the handful of accidental swing states.

The presidential selection system also explains obvious unfairness by first-term presidents. The current incumbent threatens to take money away from California, a state his party concedes to the Democratic nominee, but would never touch Florida funding, because, infamously, that state can swing to either party in the general election.

If a president had to be re-elected by winning the national plurality, he or she would have to govern in the best interest of a majority of Americans. The president would discover that the majority favors policies that may not be useful in winning a bare plurality in the swing states, but would please most Americans -- like building roads and bridges everywhere and not just a wall on a border. Moreover, if people saw their views reflected by the election winner, they’d be more likely to vote in every election.

Presidential candidates would prefer to campaign for a national victory. Donald Trump and Hillary Clinton both agreed on this point. The parties too would be much stronger if the presidential campaigns sought every vote in every state. Under the current system, the two parties fail to build their administrative structures in every state. The presidential nominees then find it easy to appear out of nowhere, arriving from somewhere in Celebrity Ville or descending from Billionaire Mountain, and turning party nominating processes into TV shows.

If the presidential nominees had to win national pluralities, they would each be motivated to facilitate voting for their likely voters everywhere. The result would be a race to get people to vote, instead of continued attempts to discourage turnout.

A strong majority of Americans want the person who gets the most votes nationally to become the president. Most people think that is fair. Most people do not believe that winning a plurality in a number of states, while ignoring the national vote, is a reasonable way to become the chief executive of the country.

In voting for the president, most people agree with Patrick Henry’s statement at the First Continental Congress in 1774: “Distinctions between Virginians, Pennsylvanians, New Yorkers and New Englanders, are no more. I am not a Virginian, but an American.” When they choose the only elected official whose duty lies to the whole country, most people vote for the person who they think is best for the United States, rather than best for the voter’s current state of residence. American citizens are true patriots.

Fortunately, under Article II, Section 1 of the Constitution, each state decides how to appoint electors. Any state can choose as electors those from the slate nominated by the party whose candidate has won the national election.

Currently 11 states and the District of Columbia have enacted the National Popular Vote Interstate Compact. Under its terms, if states with 270 electors pass this law, it goes into effect. So far 172 electors are bound, all from states where the plurality of voters probably would choose the Democratic nominee. In these states, legislatures have said they are willing to have the states’ electors come from the Republican nominee’s slate if the Republican wins the national popular vote.

If all Democratic governors in states that have not passed the Compact persuaded their legislatures to enact it in 2019 or 2020, they then would commit another 135 electors. The Compact would go into effect and the national popular vote winner would become president in 2020. As a result, both parties’ nominees would compete in every state, seeking every vote. Their platforms would reflect the hopes for change held by most Americans.

As still another route to democratic reform, in 20 states citizens can put this same question on the ballot by submitting signatures to the secretary of state. If the legislatures won’t let the people decide how the president should be chosen, the people can decide themselves to change the system in well more than enough states to make it so.

These three mechanisms -- the Compact, the legislatively initiated ballot, and the citizen-initiated ballot - are mutually reinforcing. If they succeed in changing the system, the next president must compete in every state for every vote and win more than anyone else.

Indeed, the mere probability of the national vote mattering will change the way the candidates compete. If the presidential nominees saw this question on the ballot in November 2020 in some of these states, then by the summer of 2020 they would need to consider whether to campaign for the national victory.

Hundreds of attempts have been made to pass a constitutional amendment eliminating the Electoral College. One such effort has been mounted in Congress in this session. This artifact of the 18th century, shaped by misconceptions and put in place mostly to protect slavery, lacks any merit. Nonetheless an amendment will not happen by 2020.

The  goal is to have candidates compete for every vote of every American, persuading everyone to participate and ensuring that the winner in the whole country becomes the president of the whole country. It can be achieved by the people themselves, acting through or in spite of their legislatures.

Next: Who is hurt by the antiquated Electoral College? The answers may surprise you

Reed E. Hundt is the CEO of Making Every Vote Count, a nonpartisan nonprofit dedicated to expanding the understanding that how America picks the president causes far-reaching problems in our country and must change. Previously, he was chairman of the Federal Communications Commission from 1993 to 1997. He has taught at Yale College Law School and School of Management, practiced law in California and Washington, D.C., started for-profit and nonprofit firms, served as a board member for numerous technology and communications firms, and raised a family with his wife Betsy in Chevy Chase, Maryland. He is the author of "A Crisis Wasted: Barack Obama's Defining Decisions," "You Say You Want a Revolution," "In China’s Shadow," "The Politics of Abundance" and "Zero Hour."