Bring the joy: Watch "The World's Best" and "Busy Tonight" for a shot of comfort

Enjoy corners of the TV world that don't contain a mote of meanness, brought to you by Busy Philipps and RuPaul 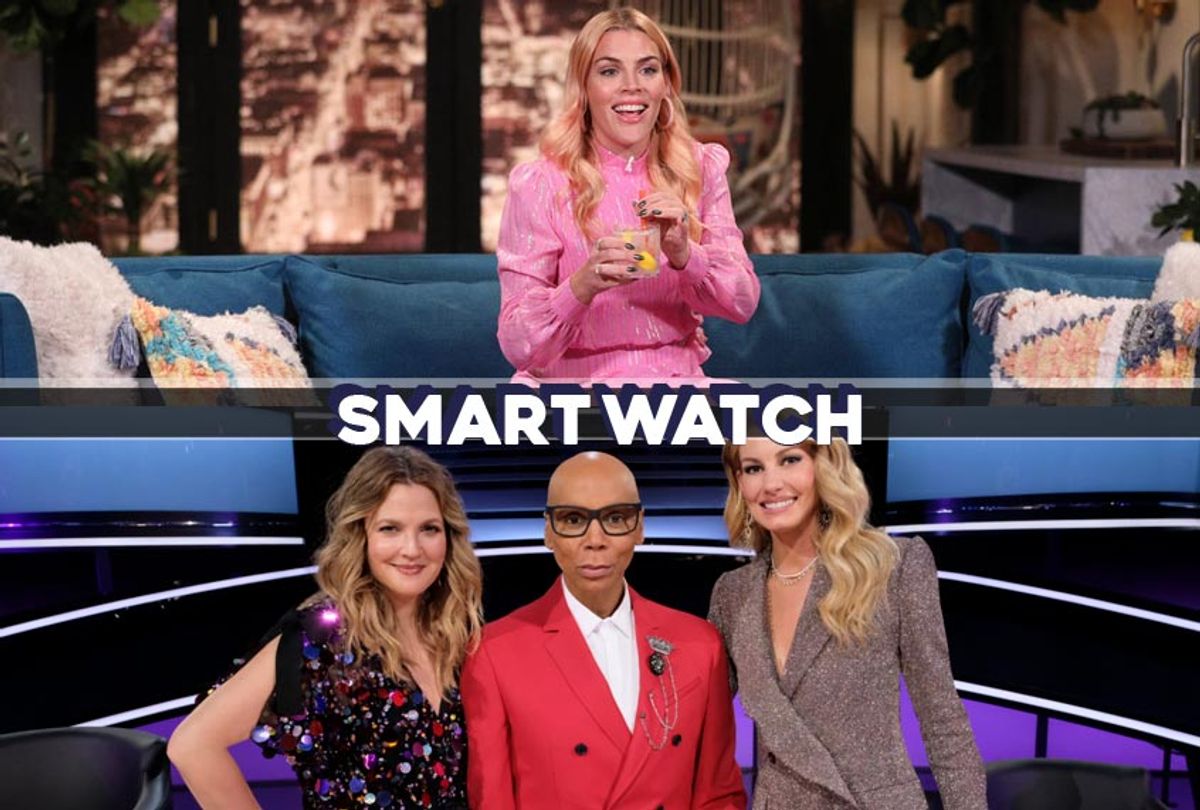 You may have noticed that the revival of primetime game shows and the latest unscripted competition series are rooted in uplifting themes. It’s the difference between the old “American Idol,” which placed tone-deaf singers in front of the camera to give audiences something to laugh at, and shows like “The Masked Singer,” where the only stakes are shock and good times.

“Idol” and “Masked Singer” are different kinds of competition, certainly; with the latter, which has become a mild pop culture phenomenon, none of the “contestants” hiding in elaborate costumes will have their lives changed by lasting until the end.

Neither does it matter if they can’t carry a tune — they’re already famous. NFL star Antonio Brown, Tommy Chong, Terry Bradshaw, Margaret Cho and Tori Spelling have been revealed so far. Spelling in particular got a lot of mileage out of prancing around in a unicorn costume.

A similar sparkle surrounds “The World’s Best,” CBS’s new talent show premiering after the Super Bowl and featuring acts from around the world deemed to be at the top of their form. No fails or amateurs are included in its contestant ranks — even the youngest acts are already superior talents.

This show has a prize: $1 million for the performer or act who wins the title of “World’s Best,” as determined by “the wall of the world,” consisting of 50 of the world’s most accomplished experts from every field of entertainment. But regardless of the outcome the intent of the series is to unite the American audience in a common sense of awe and amazement at expertise, a sensation that transcends national identity and borders.

“This show represents the global promise that we were all promised as kids — I grew up in the '60s and '70s — of what the world would be and how we would be interlinked,” said RuPaul Charles to a small group of reporters attending CBS’s presentation for the Television Critics Association’s Winter Press Tour, currently underway in Pasadena.

“Some of that has come true. And a lot of it hasn’t in our world there,” Ru continued. “A lot of people are stuck in the 20th century and don't want to move forward. This show represents that vision of a global world. And I dig that.”

RuPaul is part of a panel of American panel of judges that includes Faith Hill and Drew Barrymore, but perhaps to emphasize the international nature of “World’s Best,” James Corden – a British comedian hosting CBS’s “Late Late Show” – is the friendly ringmaster on this series.

Although “World’s Best” is by no means an entirely original concept – it’s basically a worldwide version of “Star Search” or “America’s Got Talent” (which is, itself, and international show) with a much deeper judges bench – it would not astonish in the least if it takes off.

Look at the relative success of “The Masked Singer,” a concept that is fundamentally insipid. But in this climate, it’s also harmless and entirely joyful, and we need that. It’s a format that originated in South Korea, a place adjacent to a dictatorship bent on flaunting and fortifying their nuclear arsenal. Living on the edge makes embracing joy wherever you can get it a survival tool.

Rarely if ever have human beings had so many entertainment options and choices for distraction. Despite this abundance, sometimes it feels as if places of refuge on our televisions can be few and far between.

Comfort is a subjective concept, granted, and highly specific — more so thanks to this era of personalization. But television is a medium created to cast its net as widely as possible; that’s in the term “broadcast.”

And Sunday gives audiences the broadest-reaching event of the year: Super Bowl LIII. How we view the Big Game varies.  For many millions of people, the excitement over Sunday’s festivities surrounding Super Bowl LIII is as fulfilling as a yoga retreat.

For others, there’s Puppy Bowl XIV on Animal Planet (kicking off Sunday at 3 p.m. ET), and Kitten Bowl VI on Hallmark Channel (starting Sunday at 2 p.m. ET), and all manner of counter-programming that emphasizes cuteness over conflict.

Offering frolicking puppies and kittens against the face-off between New England Patriots and the Los Angeles Rams is a no-brainer. But what then? We come together for a few hours and then siphon off to our niches.

Pardon folks for craving a show like “World’s Best,” then, for the simplest of reasons. “I have a sense that people have had enough of the meanness, you know?” RuPaul observed. I know that in the past two years, if I could sense people are going to be mean to one another on a TV show or in a movie, I cannot watch it because there's so much of that going on in the world right now.

Ru isn’t alone in that observation. When Busy Philipps spoke to critics about her late night talk show, she shared a revealing detail about the audience response to her sign-off.

“I made a choice to say ‘I love you’ to the camera at the end of every episode,” she said, going on to add that as a result of that, “we’ve had a few people reach out and I’ve had people come to my book signings and things and say that, like, with tears, like, ‘Thank you for saying ‘I love you.’ I realized I hadn’t had anyone say that to me in a long time, and I feel like you’re saying it right to me.’ Which I am.”

“Busy Tonight” is designed as a pure escape hatch, and in a lot of ways it’s a throwback to a light version of a variety talk show with a little bit of a sleepover vibe thrown in. Philipps, whose popularity was originally cemented via the cult classic “Freaks and Geeks” and recently co-starred on another cult favorite, “Cougar Town,” has cultivated a personal connection to fans on social media.

“My grand epiphany career-wise in the last several years, which is so intrinsically tied to my social media presence, was that, after 20 years of playing some incredibly beloved characters, the thing that people freaked the f**k out about was me,” she told critics on Tuesday.

“That girl hasn’t been written," she added. "So why don’t I just be me, and let’s do it this way . . . all I knew was that the success of this show sort of lives and dies on me not losing sight of myself.”

This translates beautifully to her late night series, where Busy and guests imbibe cocktails and visit and giggle unapologetically. Although she’s not in direct competition with “The Daily Show” or broadcast late night series, she’s an unmistakable contrast from a contentious news cycle brimming with fury and worry that never pulls back.

And really, Philipps' breezy style isn’t truly an alternative to news-driven comedy as much as it is to fakery. Yes, she’s still a performer, which means elements of her talk show are certainly a put on. But at its essence what “Busy Tonight” offers at the very end of the day is the reminder of care and connection that the rest of life sorely lacks.

Evidence abounds of a deficit of love in the world, so a kiss goodnight from a bubbly, smart woman isn’t the world’s worst offer.

An unpredictable roster of dream guests doesn’t hurt, either.  “You are always surprised by who shows up. . . . They like the energy, the vibe where we film my show. It feels really nice in there, and people feel it,” Philipps professes. “Patti LaBelle was, like, ‘I love all of this girly sh*t.’”

Don’t we all? Well, we should.