Boxing and the Age of Denial

What I learned watching Manny Pacquiao beat Adrien Broner, and what came after 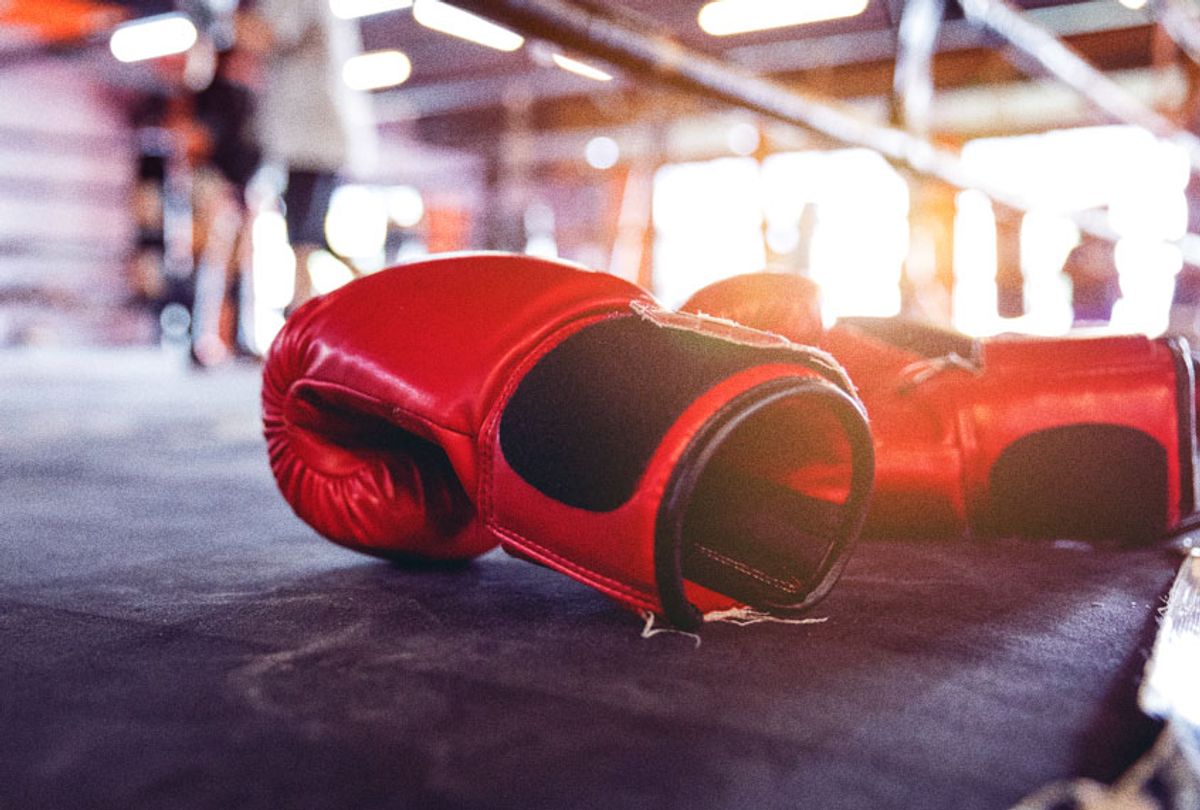 I lost interest in boxing after the fall of Mike Tyson, back around the time when big heavyweights were in decline and the little guys took over. Who wants to see two bony featherweights peck at each other for 12 rounds? Not me. But I accidentally ended up watching a fight recently when the Manny Pacquiao and Adrien Broner fight was on at a party, and it was amazing. Not the fight — the fight was horrible — but the lessons I took from the bout clearly showed me why we need to start paying attention to the age of denial we are living in, before it eats us up and leaves us with nothing.

So it’s late on a Saturday night, approaching Sunday­­, and I’m sitting directly under the TV in my fiancée’s friend’s basement. People were there to celebrate her birthday, so there's food and drinks and laughs and dancing. I decided not to drink that night. I was beyond sober — so sober that I could tell you something distinctive about every person in that room, even though I didn’t even know most of them. I saw who left and who came in, and what they were drinking, eating and wearing. I saw when they felt awkward and when they felt loose. Around midnight, everyone in the house starting flooding the basement, squeezing onto the couch, pulling up chairs and even posting up on the floor so they could watch the fight.

Dude behind the DJ booth cut the music and jacked up the volume on the television just in time for those dramatic pre-fight stories. One gives a spiritual look into the life, grace and career of Pacquiao, and the other was a gritty, rough, “I’m from the back of the block where you gotta fight!” American Negro story to shape the image of a guy like Broner. Nothing new; we've seen all of this before.

When we finally got into the meat of things, the announcers start talking about what the 40-year-old Pacquiao would need to do to defeat the 29-year-old Broner, along with a host of other questions: “Will this be Pacquiao’s last fight?” “Will Broner get that one big victory he needs to push him to the next level?” Entering the fight, Pacquiao’s record was 60-7-2 with 39 KOs, while Broner stood tall at 33-3-1, recording 24 KOs. It’s important to mention that the elder boxer's record has been a meager 6-4 over the past seven years. Absorbing that 12 minutes of information had me feeling like a boxing historian in miniature. Suddenly, like everyone else in the basement, I was fully vested in this fight that I hadn't even planned on watching.

They played one last clip of a pre-fight interview with Broner where he said, "I’ve got a cat for you for dinner. I’ve got a sautéed German shepherd for you in the back,” mocking Pacquiao’s Filipino heritage. Pacquiao's no sympathetic figure, either; he’s an extremely wealthy senator who supports the authoritarian regime of president Rodrigo Duterte and once called gay people "worse than animals." So at this point I kind of wanted both of these guys to beat the crap out of each other. But someone has to win.

The lights in the arena dim and the excitement in the basement grows while the Broner show begins.

Dancers fly up and down the aisles as African-like strobe lights flash in every direction. Broner walks toward the ring, blood-pumping music blasting. His song switches and Chicago rapper G Herbo pops on the screen. The dancers are still dancing but now glowing as G Herbo raps a Broner theme song, as everyone wore ear-touching smiles. It reminded me of the first wedding scene in "Coming to America." I had to pause and ask myself, “Did I miss something? Did Broner win already? Is he the champ? Did Pac Man realize his age over the commercial break and run out of the arena?” But no. Pacquiao came down to a softer, more humble song, and then beat on Broner like a conga drum for 12 rounds straight.

Seeing Broner lose round after round in his glitzy, shingled Fashionova shorts was sad. What was even more sad, though? The people in his corner telling him that he was doing great, talking to him as if he was winning the fight, blatantly lying while he nodded at them because inside his brain, he was winning. Broner became the laughingstock of the basement party: “He always does this!” and “AB is trash, been trash, and will always be trash.”

“They can’t cheat me this time,” you can see Broner saying in the moments before Pacquiao was announced as the winner. Laughs from every angle of the basement followed.

Soon everyone went back to partying as the TV clicked off. But I sat back and wrestled with some thoughts in my head, the main one being that Broner had just exemplified what’s wrong with the world we live in today. This guy had one job to do, and that’s get in the ring and win. He failed at that. And yet still he thought he was winning because he looked and acted like a winner.

Broner took the podium at his post-fight speech, saying, “With my performance tonight I feel like I won the fight. My performance tonight talked for me. They thought I was going to come in here and be in the mud and they was just going to move around me and f— me up, and I came and I gave them what they wasn’t looking for. Hell yeah I believe I won the fight. I don’t feel bad for myself, I feel good.”

In a game of points, Pac threw 568 punches to Broner’s 295. How could Broner make that garbage speech with a straight face knowing every television in the building confirmed Pacquiao landed 112 punches to his 50? Broner is a victim of this Age of Denial.

Age of Denial is the term that I’m going use to explain the craziness that I’ve been seeing on TV, the internet, and in and around our culture in general: if you say it, believe it, and post it to a social media account, then it must be true. And it’s not just Broner, this sickness has been spreading rampantly. Think of all of the politicians who claim to be progressive, right before endorsing guns, unfair prison sentences and oppression; killer cops posing as heroes even after they shoot unarmed black children; famous activists who never act on anything but always act entitled; and the grand wizard of this movement, Donald Trump.

Last year Trump said, “I went from VERY successful businessman to top TV star to President of the United States (on my first try). I think that would qualify as not smart, but genius … and a very stable genius at that!” This joker takes every chance he gets to say he’s the smartest person in the world who won the most historic election of all time when in reality he’s not a genius, it’s evident he doesn’t do anything smart or original, and he even lost the popular vote. But he has a platform, where he can repeat these fictions over and over until he, at least, is convinced of their truth.

We must stop this now. If not, we will see a whole generation raised in Broner's image, who grow up to become adults believing rewards come without work. That future can be nothing but dangerous.