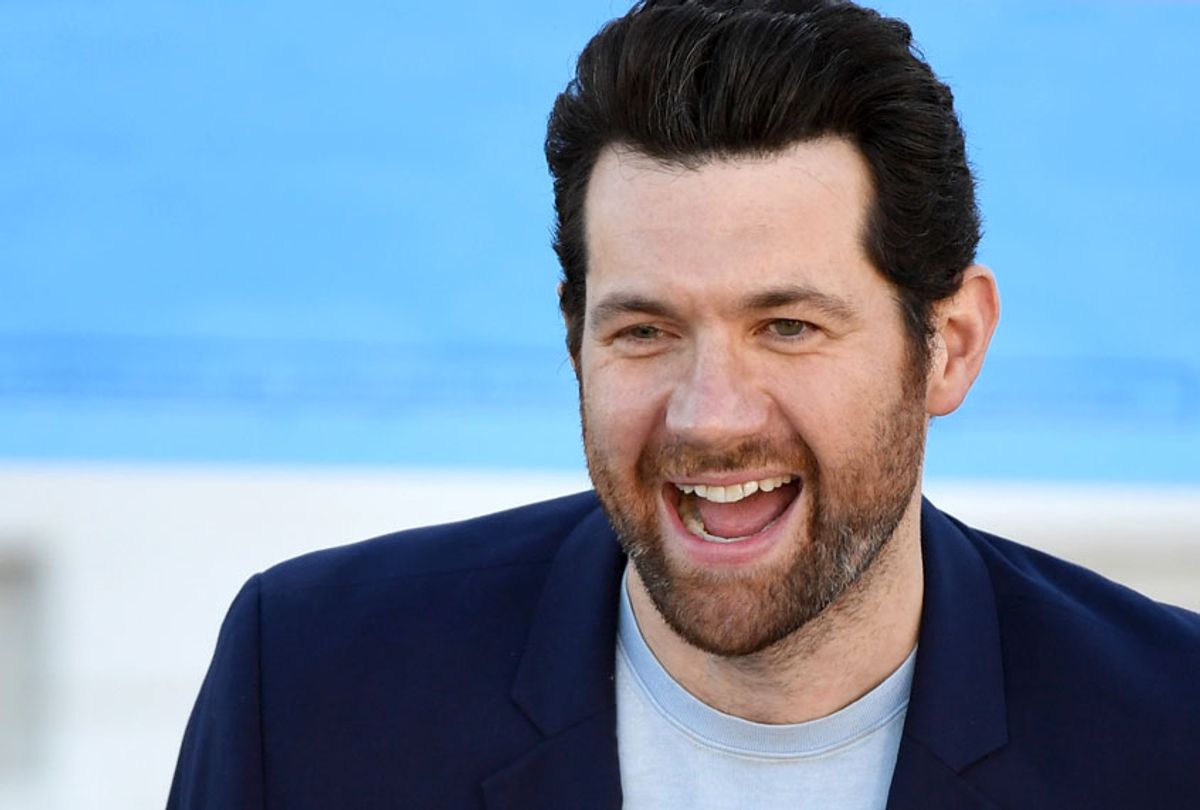 Billy Eichner will write and star in a gay romantic comedy from Judd Apatow’s production company for Universal Pictures. “Neighbors” and “Forgetting Sarah Marshall” director Nick Stoller is set to direct and co-produce under his banner with Apatow Productions, Global Solutions. The as yet untitled project will be the first major studio movie with an LGBTQ lead since last year’s “Love, Simon,” and the first such project geared towards adult audiences since Paramount’s “In & Out,” which was released in 1997.

“Excited, terrified, completely in shock and PROUD as hell to announce this movie,” Eichner wrote on Twitter announcing the project. “We’re making a big, new romantic comedy for Universal!!!! AHHHHHHH!!!”

The movie’s logline is: “An R-rated romantic comedy about two men with commitment problems falling in love and attempting a relationship.”

Best known to audiences from his absurdist celebrity trivia show “Billy on the Street,” Eichner has risen in prominence to become one of today’s most visible gay entertainers. The series, which began on Fuse before moving to truTV, has earned Eichner a total of three Emmy nominations. He played a series lead in Hulu’s “Difficult People” opposite creator Julie Klausner, and earned critical acclaim for his role in Ryan Murphy’s FX anthology, “American Horror Story: Apocalypse.” He will also voice the character of Timon in Jon Favreau’s “The Lion King” for Disney, due later this year.

Eichner met Stoller while working on his Netflix series “Friends From College,” which Stoller co-created with Francesca Delbanco. Stoller was behind the camera on hit comedies such as “Forgetting Sarah Marshall” and “Neighbors,” and “Neighbors 2: Sorority Rising.”

Known as a comedy kingmaker, Apatow has been behind most of the significant studio comedies of the last fifteen years, since the 2005 release of “The 40-Year-Old Virgin.” Representatives for Apatow did not confirm whether Apatow will act as executive producer on the Eichner/Stoller project, but said the movie is a “co-production under Stoller’s Global Solutions banner and Apatow’s Apatow Productions banner.”

While independent cinema has seen a marked rise in the number of queer films over the last decade, from “Brokeback Mountain” to “Carol” to “Moonlight” and “Call Me by Your Name,” studios have lagged far behind. Last year saw the first gay teen comedy from a major studio when Fox produced Greg Berlanti’s “Love, Simon.” With Eichner’s untitled project, Universal becomes the next major studio to fill the inexplicable void.

However, Eichner’s involvement represents a new milestone for LGBTQ representation in Hollywood. With this project, Eichner becomes the first out gay man to write and star in a studio movie. Save that fact for the next time you get quizzed in the face.