If even Santorum believes Trump’s speech was upstaged by the Democratic response, there are few ways to spin it 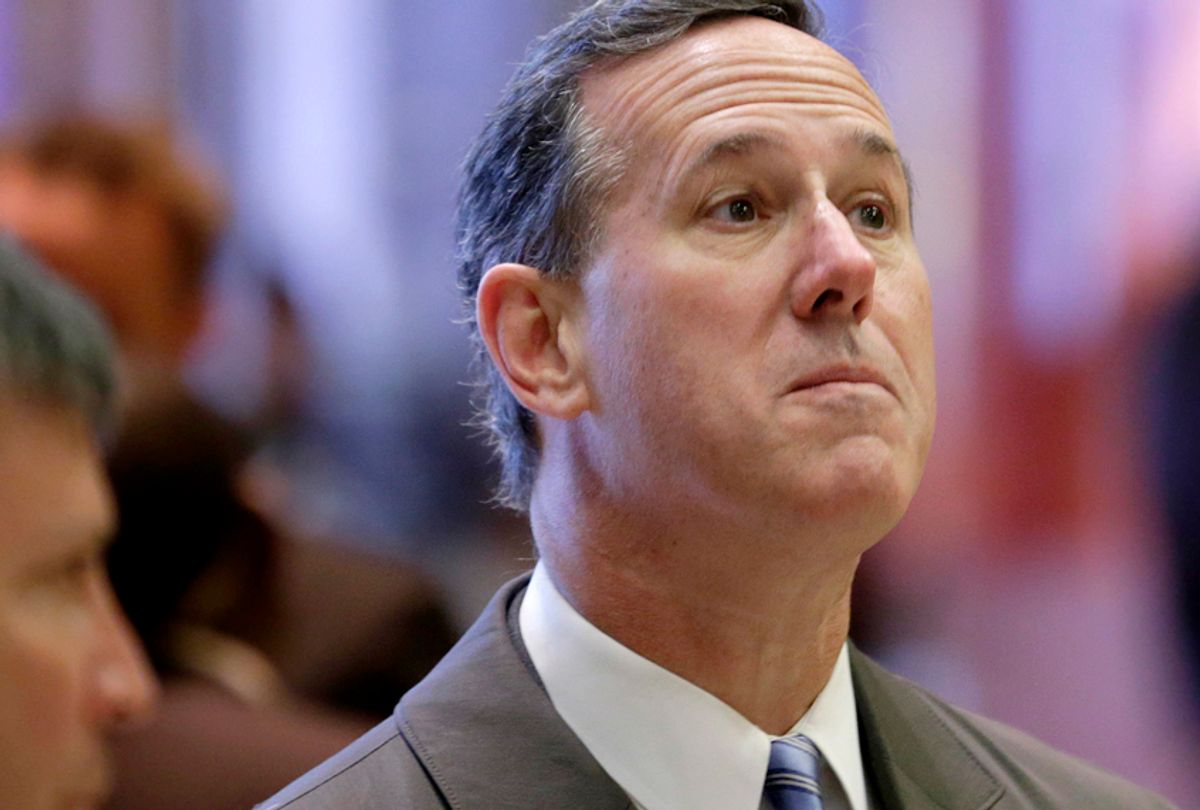 On Tuesday night, President Donald Trump’s State of the Union address was a confusing jumble of lies wrapped in an awkward, poorly-delivered plea for bipartisanship from the newly divided Congress. The speech posed a stark contrast to former Georgia House Minority Leader and gubernatorial candidate Stacey Abrams’ response, in which she passionately laid out a competing agenda and made a call to arms to protect voting rights and democracy.

The difference was so plain that on a CNN panel afterward, when former Gov. Jennifer Granholm (D-MI) pointed it out, even former Sen. Rick Santorum (R-PA) agreed.

“I have to speak next, because I agree with Jennifer Granholm,” said Santorum, as his fellow panelists looked taken aback. “Stacey Abrams gave a great speech, she delivered it well. This was probably the worst-delivered speech I’ve heard Donald Trump give. He ran over his lines, he mixed up the language, he didn’t deliver his punchlines. He — he would deliver a line, and go to the next issue, and I don’t think he even realized he was moving on to the next issue. Someone didn’t do a good job of breaking his speech so he knew what to do. That was a problem.”

Santorum did proceed to defend the “things the president proposed on domestic policy.” But he broadly agreed the speech didn’t land.

The likely reason Santorum’s fellow panelists were surprised is that Santorum has been one of Trump’s most reliable on-air surrogates. In January, when Trump had shut down the government and was making ham-handed threats from the Oval Office, Santorum called his speeches “compassionate” and said they revealed a “softer side.” He has defended Trump and the GOP at every turn, from saying the climate scientists contradicting Trump fabricate their results for grant money, to demanding the Parkland shooting survivors take CPR rather than urge the GOP to pass gun control.

If even Santorum believes Trump’s speech was upstaged by the Democratic response, there are few ways to spin last night as a positive for the president.