The case for a 4-day workweek

“Productivity barely suffers when workweeks are shortened or even just compressed,” one labor expert tells Salon 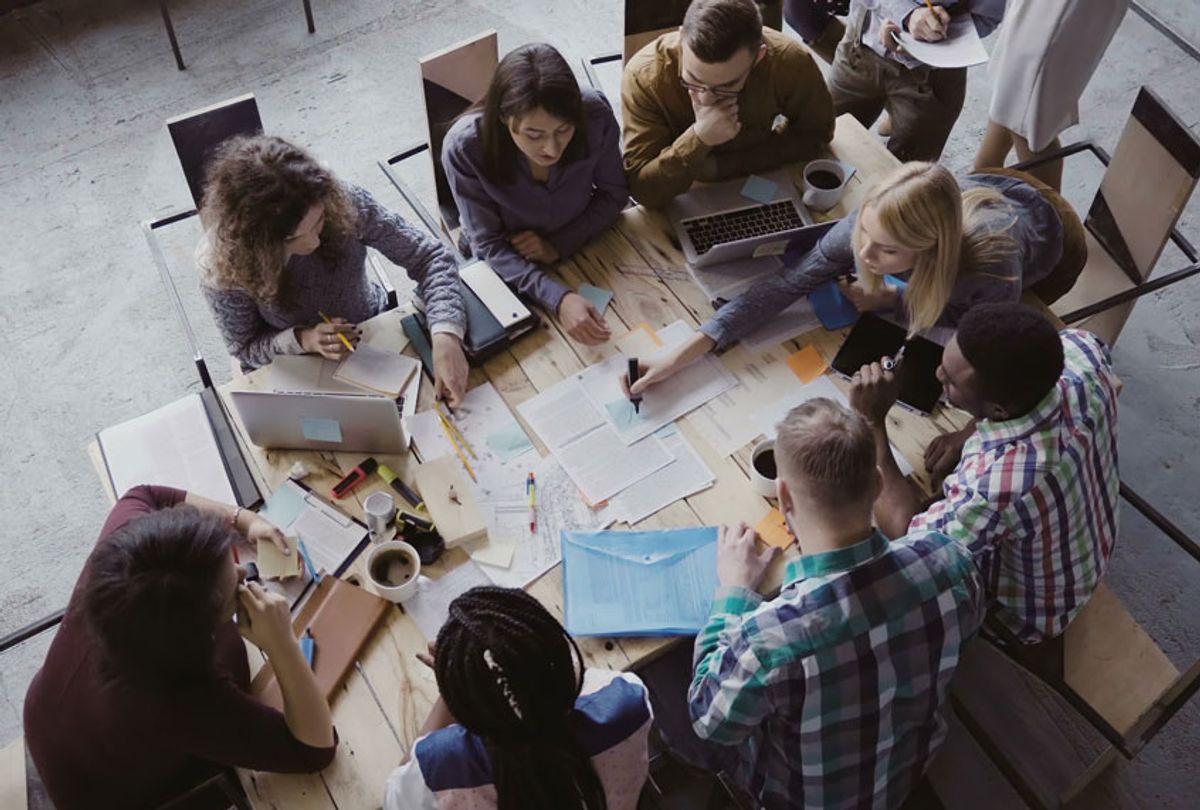 Being a workaholic is a cultural norm in the United States: just look at how little vacation time we get compared to other developed countries; or, observe how our productivity gains from robots and automation never trickle up, but merely result in more work and stagnant wages. And while no one likes being overworked, this situation doesn’t seem to be changing: the tech industry, infamous for giving their employees flashy perks to keep them in the workplace longer, has normalized hustle culture. So it may come as a surprise to Americans that our English-speaking brethren across the pond are fighting to reduce the work week by one day. Indeed, the campaign for the 4-day work week has been a talking point for many British progressive politicians in the Labour Party, led by Jeremy Corbyn.

Last September, Frances O’Grady, the general secretary of the Trades Union Congress (TUC), made headlines for positioning the 4-day work week as a priority issue for the Labour Party. She emphasized its urgency at the organization’s 150th annual gathering, arguing that evolving technology should be cutting the number of hours spent at work.

“In the 19th century, unions campaigned for an eight-hour day. In the 20th century, we won the right to a two-day weekend and paid holidays,” she said. “So, for the 21st century, let’s lift our ambition again. I believe that in this century we can win a four-day working week, with decent pay for everyone. It’s time to share the wealth from new technology, not allow those at the top to grab it for themselves.”

Here in the U.S., evolving technology only saves us time to make us do more work. As progressive presidential candidates sharpen their campaign issues, it is worth asking: could the 4-day workweek become a defining issue for American progressive politics, too?

“No, not as a new national standard for the foreseeable future until [there is] some alteration in underlying economic trends and cultural attitudes,” he said in an email. “But yes, it already has--for certain managers/professionals/techs, at points in the life cycle-- [such as] when scaling back for caregiving, phased/partial retirement at the tail-end of careers, and of course for ‘part-timers’ that get just part week or part-day work/jobs.”

“It works because productivity barely suffers when workweeks are shortened or even just compressed,” he added.

There has been a lot of talk about a national minimum pay raise, federal paid parental leave, and paid sick leave from progressive presidential candidates, but no explicit discussions of a massive work culture overhaul like a four-day work week. Golden said in a way the British movement is showing up in other ways though.

“Reduced work hours [are] showing up in pockets, such as paid family leave, paid sick leave (in cities), even vacation time,” he said. “Minimum hours, for part-timers however, is an even more salient cause in the U.S. right now, but that can be connected to the hours limits for those who are ‘overemployed,’ in the U.S. it’s about choice rather than one national standard, in my honest opinion.”

Compared to our European counterparts, America is far behind when it comes to protecting its citizens from being overworked by capitalist overlords and providing basic social benefits. In the U.S., there is no statutory annual leave as paid time off is usually left for employees and employers to negotiate as part of the compensation package. The European Union legislation mandates that all members grant employees a minimum of 4 weeks of paid vacation, but many countries offer more. When it comes to maternity leave in the E.U., the minimum period is 14 weeks. In the U.S., the only federal law guaranteeing maternity leave in the U.S. is unpaid. This is all just the tip of the iceberg — but the movement in the UK is not merely about preventing citizens from being overworked. Its supporters believe that the four-day workweek movement will benefit the economy, environment and democracy, by improving mental health, allowing citizens more time to engage with politics, and reducing carbon footprints.

Golden agreed that there are many benefits to a shorter work week.

“There’s a wealth of evidence that individual health suffers with long hours, and is improved with shortened hours, though it depends on timing, rest breaks, days for recovery, choice over schedules, etc.,” he said. “It benefits the economy under one key condition: that the hours reduced among the full-timers goes to the underemployed who are seeking more hours — that is, the work foregone is somehow, someway, shifted to those who are willing to be able to work more hours.”