"Berlin, I Love You" won't bring you down

But the city should be a major character in each episode, and it isn’t — that's the anthology film's big drawback 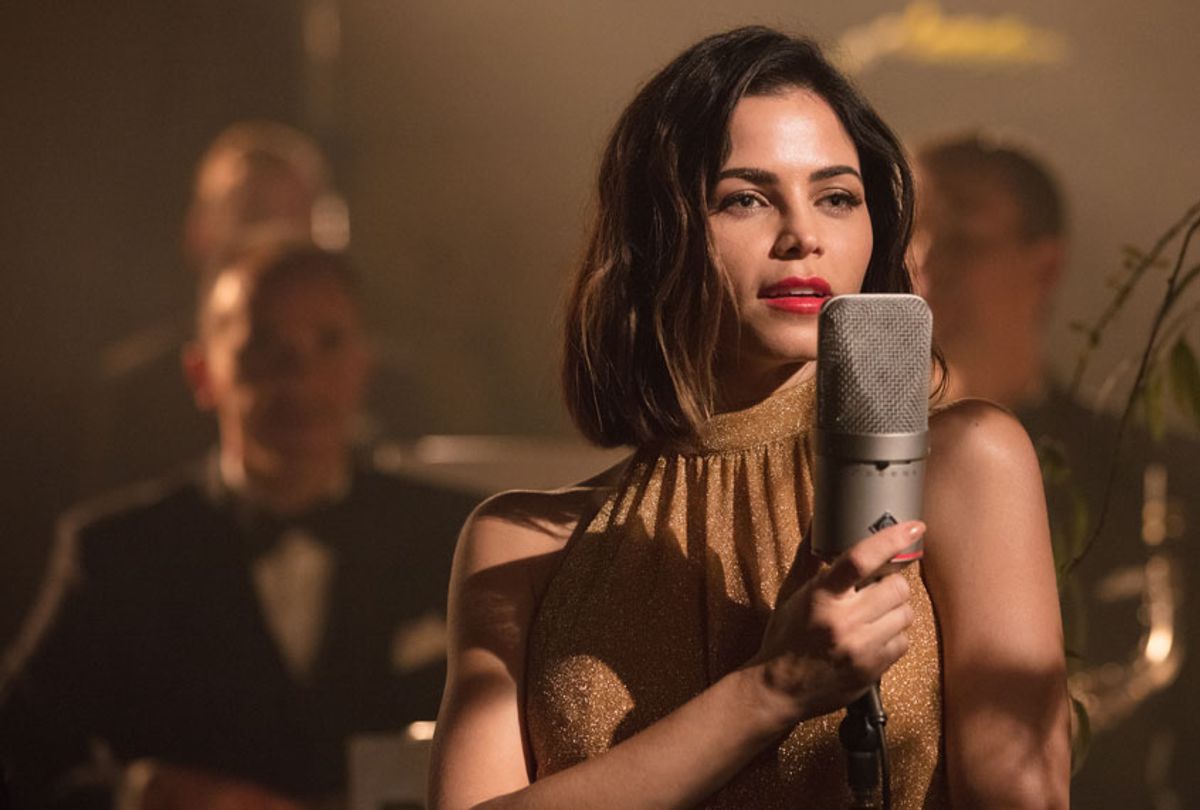 Jenna Dewan as Mandy in "Berlin, I Love You" (Photo courtesy of Saban Films)
--

Anthology films are a mixed bag. And “Berlin, I Love You,” the latest in the “Cities of Love” series, created by Emmanuel Benbihy, is no exception. Most of the 10 entries in this edition are absorbing; only a few are underwhelming. The formula is simple: a handful of internationally-acclaimed directors make short films set in the titular city. Although there are thematic links between the stories, viewers won’t find much depth here; half of the entries are mini two-handers riffing on some aspect of love. There are few profound moments, and some lovely ones, but a majority of the entries may just warrant a shrug. The best approach is to just get swept along in these slight romances. And anyone bored by a particular segment can just wait 10 minutes, and the next one will begin promisingly enough.

“Love is possible” seems to be the overarching theme here as the dozen-plus characters all exist in a kind of limbo state where they are open to connections, romantic or otherwise. That these love stories happen to unfold in Berlin seems to be almost perfunctory. It is disappointing that the cities in these series of films are never displayed to their full advantage. Berlin should be a major character in each episode, but it isn’t, and that is the film’s greatest drawback. Several episodes in the film are set in spaces — a hotel room, a laundromat, a park, and along a riverbank — that could have unfolded anywhere. Even an entry involving a photographer (Jim Sturgess) and a BMW with a voice-box that “wants to show you my Berlin,” fails to check off the prime tourist attractions. Yes, the Victory Statue is circled twice, and the Berlin Wall is mentioned in one short, but the Brandenburg Gate isn’t featured prominently. Significantly, one story nicely uses Berlin as a backdrop to talk about the refugee crisis.

“Berlin, I Love You” is a sticky-gooey bit of Euro-pudding. Surprisingly, there are almost no subtitles over the course of the feature; most everyone speaks English, albeit with an accent. The cast and directors are assembled from an international roster of talent, which is why Welshman Iwan Rheon (Ramsay Bolton on “Game of Thrones”) appears with German/Turkish actress Sibel Kekilli in a short directed by Hannover native Dennis Gansel. Sadly, the only non-European/Middle Eastern/North American presence in the film is the entry, “Sunday Morning” by Mexican writer/director Fernando Eimbcke, starring his compatriot Diego Luna.

The vignettes are a bit more diverse. Some of the characters find a renewed sense of love after suffering loss or heartbreak, while others enjoy flights of fantasy. Some grapple with issues involving parental or familial love, while other compete in the battle of the sexes. There are at least two queer characters. But the film trades in love, not sex; one couple halts things after some kissing, and only one couple gets it on — against a chain link fence no less. Nudity is kept to a bare minimum (an overhead shot of a woman in a shower). This is not the decadent Berlin of the 1920s, nor the home to the present-day underground sex scene. But the non-explicit tone suits the film well. Love should be about emotion, not bodily fluids.

The content of each short ranges from trivial to serious. That balance works to stave off monotony, even if the film sags a bit in the middle. The style and approach to each short is pretty standard; most of the stories follow the setup, suspense, and payoff narrative strategy. Character development is also kept to a minimum here in part because there are only ten minutes to tell a story in which one or both main characters experiences change. The best entries reveal enough about the protagonists to generate sympathy or empathy for them.

One such example is “Transition” a short that unfolds in several chapters in between the other self-contained shorts. Directed by Josef Rusnak, this story depicts the budding romance that develops between an Israeli singer named Sara (Rafaëlle Cohen) who meets cute with a German guy, Damiel (Robert Stadlober). As their relationship unfolds, viewers become more invested in these appealing characters — in part because Cohen and Stadlober are so charismatic. She performs a song in a park that is infectious. That he sports angel wings — a nod to the German classic “Wings of Desire,” perhaps? — seems forced, but it can be forgiven.

Several of the shorts are predictable. The best entries work against any pre-conceived expectations. “Berlin Dance” is a lively, charming musical that stands out because it is unlike the other entries.

Two stories border on creepy, but each deftly manages to avoid being truly distasteful. “Love Is in the Air,” written by Neil LaBute and directed by Til Schweiger, has an older man (Mickey Rourke) trying to pick up a younger woman (Toni Garrn) in a hotel bar. Where the story goes from here is not unsurprising given the dialogue, but Rourke’s performance is something to behold. Likewise, Ferdinand Eimbcke’s entry has a 16-year-old (Michaelangelo Forutzzi) drinking beer and asking for a kiss from a man in drag (Diego Luna). Luna is rather irresistible here, and his contribution is what makes this short one of the highlights in “Berlin, I Love You.”

In contrast, “Me Three,” directed by Stephanie Martin and Claus Clausen, and written by Edda Reiser and David Vernon, tackles the subject of toxic masculinity, teaching lessons of respect and female empowerment. It is sweet when the female characters come together and support each other, but it feels contrived when a hateful man shows up and causes trouble. Better is “Hidden,” a politically-tinged story about female marginalization and ethnic deportation set in a club-cum-brothel.

Two comic pieces are mild, but passable. The better one is “Berlin Ride,” about a man (Jim Sturgess) being saved from suicide and finding romance thanks to his talking BMW. Director Peter Chesholm animates the story with some interesting black and white photographs that add visual panache as well as a layer of poignancy. Less interesting is “Lucinda in Berlin” about an American actor (Luke Wilson) finding love in a park with a puppeteer (segment director Dianna Agron). It’s not badly made, it just lacks verve.

“Embassy,” the aforementioned Dennis Gansel entry, is slow to get started, but once a talky taxi driver (Sibel Kekilli) picks up her fare (Iwan Rheon), the film shifts gears into thriller mode. However, the best short in “Berlin, I Love You” is the engrossing “Under Your Feet,” written and directed by Massy Tadjedin. This story of mother/daughter love showcases heartfelt performances from Helen Mirren and Keira Knightley. Their characters are well-defined and the points Tadjedin makes about how folks care for and about other people is quite touching.

It may be a left-handed compliment to say that “Berlin, I Love You” features no real duds even if some entries are disappointing. A few of the ten-minute films could benefit from better pacing, or a more impactful ending. But enough of the shorts provide a pleasant diversion. Overall, this anthology may be uneven, but it is a respectable entry in the Cities of Love series.