Border town in Arizona tells Trump, "Tear down this wall" (of barbed wire) 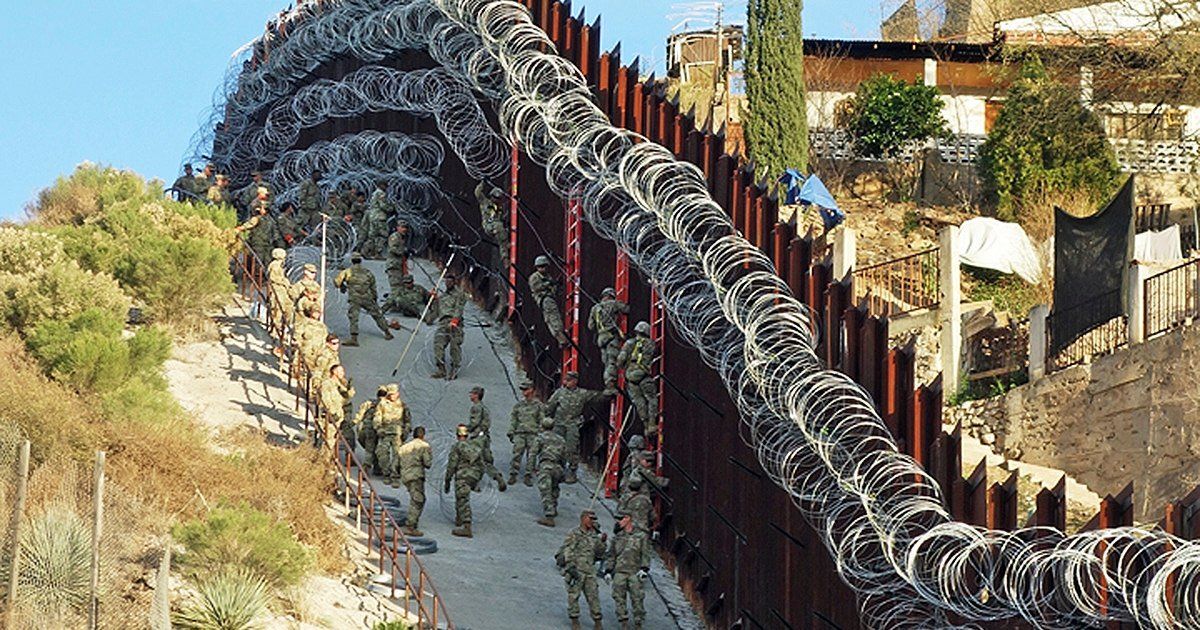 It was, in a way, Reaganesque.

On Wednesday night, the city council of Nogales — an Arizona border town with a population of 20,000 people — unanimously passed a resolution calling for the Trump administration to remove razor wire that covers in near entirety a border wall that passes through its downtown.

The resolution characterized the installation of the razor wire, recently installed by U.S. Army personnel, as "not only irresponsible but inhuman."

The resolution — which says such a wall "is only found in a war, prison or battle setting" and has no place in the city — says that if the government does not remove the wire, it will file a lawsuit to have it taken down.

As Tucson.com notes, "The council's action came one day after President Donald Trump made his case to the American people about the need for a border wall and how he has ordered 3,750 troops to prepare for what he called a 'tremendous onslaught.'"

To some critical observers, however, it was unclear if the razor wire was intended to keep refugees and migrants out, or keep U.S. residents in:

Earlier in the week, Mayor Arturo Garino told the local Nogales International that the razor wire was "lethal" to the town's residents. "I really don't know what they’re thinking by putting it all the way down to the ground," he said.