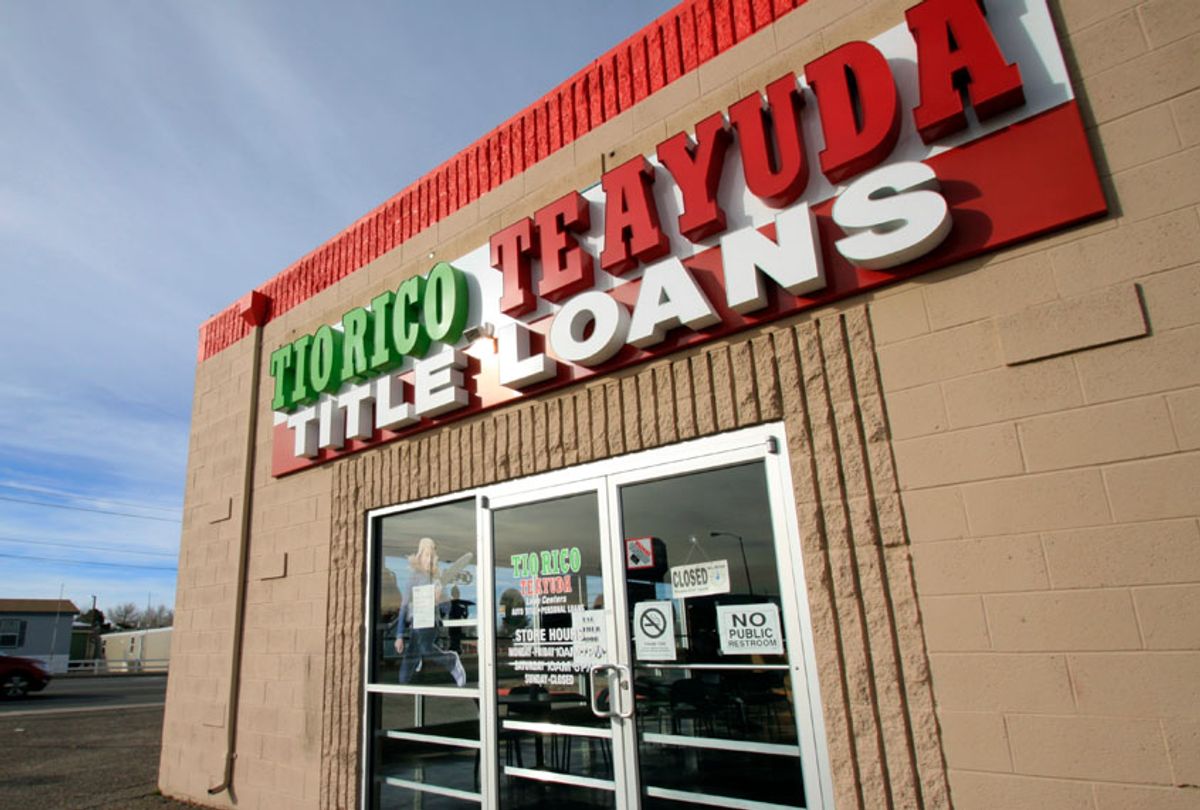 The Trump administration’s federal consumer finance watchdog announced plans this week to gut most of its regulations protecting consumers from predatory payday lenders.

The Consumer Financial Protection Bureau said in a news release that it would roll back Obama-era rules aimed at preventing payday lenders from trapping low-income borrowers in a cycle of debt.

The CFBP said the rule would have curtailed “access to credit and competition in states that have determined that it is in their residents’ interests to be able to use such products.”

But the Washington Post reports that the move was cheered by payday lenders, who worried the new rules would devastate their predatory industry. Large payday lenders had unsuccessfully lobbied lawmakers to block the rule before turning their attention to the Trump administration. NPR reported that the payday loan industry’s annual conference was held at the Trump National Doral Golf Club in Florida last year. In November, former CFPB acting director Mick Mulvaney actually joined the payday lending groups in suing the very organization he ran, Politico added.

Payday lenders and industry donors gave more than $3 million to Trump’s inauguration and Trump-linked PACs, according to the Center for Responsive Politics.

A senior CFPB official admitted to Politico that the rule was gutted because of concerns that it would negatively affect the industry.

Payday lenders, which are only legal in about two dozen states, typically give small loans averaging between $350 and $500 but may charge interest of 300 percent or more, the Post noted, adding that 12 million people take out these loans every year. A Pew survey found that just 42 percent of borrowers said they could afford to repay a loan of more than $100 per month even though the average loan is more than $375.

Richard Cordray, the former head of the CFPB who finalized the rules in his final weeks in office, warned on Twitter that the move would “unwind the core part” of the regulations aimed at protecting consumers from predatory lending practices.

“It’s a bad move that will hurt the hardest-hit consumers. It should be and will be subject to a stiff legal challenge,” he wrote.

“This is payback — pure and simple — for the millions of dollars in support the payday lending industry has funneled into Trump’s campaign and inauguration fund,” Jeremy Funk, a spokesman for the consumer group Allied Progress, told Politico.

The move represents one of the many ways the CFPB has been weakened since Trump took office.

The proposal is now subject to a 90-day public comment period and the CFPB said it will consider all its options.

“This proposal essentially sends a message to predatory payday lenders that they may continue to harm vulnerable communities without penalty,” Waters said in a statement. “I urge Director Kraninger to rescind this proposal and work on implementing a comprehensive federal framework -- including strong consumer safeguards, supervision, and robust enforcement -- to protect consumers from the cycle of debt.”

Sen. Sherrod Brown, D-Ohio, top Democrat on the Senate Banking Committee, agreed that the move will “result in millions of hardworking families trapped in a cycle of debt and poverty.”

“The CFPB,” he tweeted, “is helping payday lenders rob families of their hard-earned money.”