Bible literacy classes have a long and acrimonious history, dating back to the Cleveland Bible War of 1869 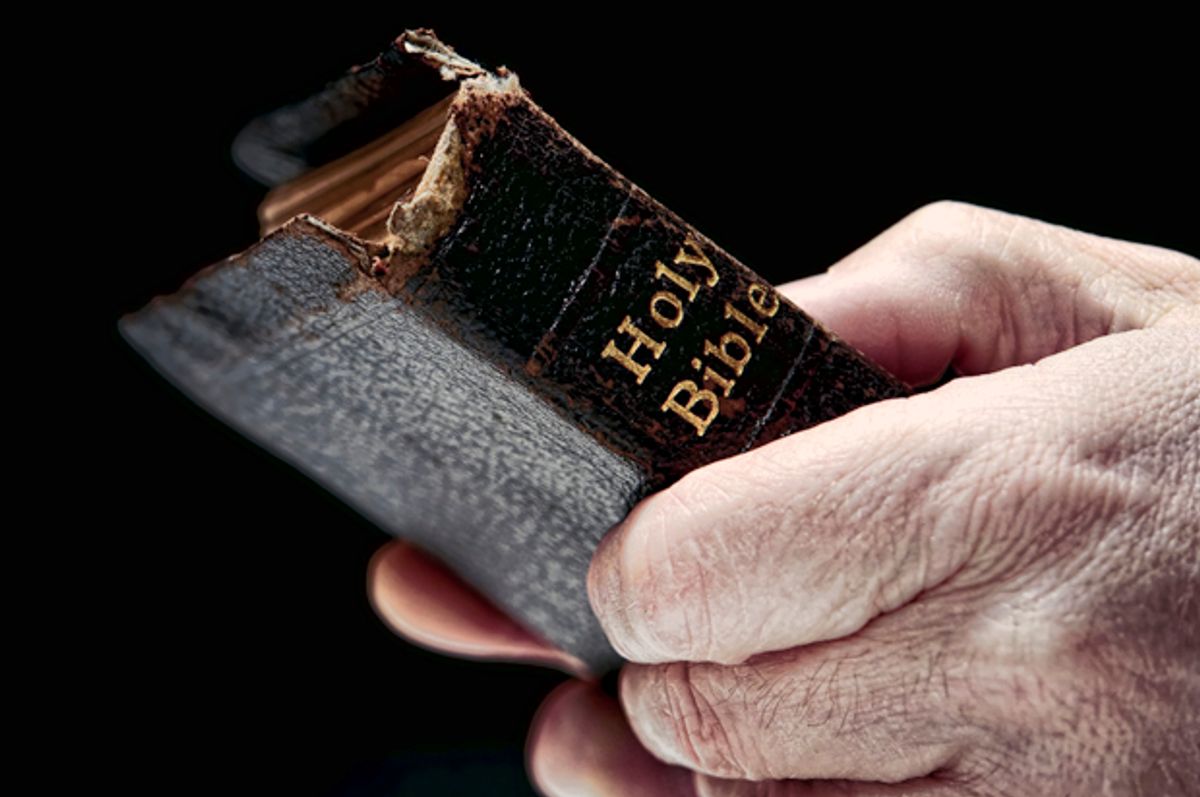 Officials in six states, including populous ones such as Virginia and Florida, are considering bills permitting the study of the Bible in classrooms. Proponents of these bills insist that the Bible would be treated as a historical and literary source, not as a means of religious guidance.

As a historian who has studied how American Protestants have engaged with the culture at large, I worry these bills threaten to reignite one of the oldest church-state controversies in U.S. politics. While Trump and his evangelical base support the bills, critics oppose them for fear their real intent is to teach Christianity in public schools.

This is an old debate. Bible reading in schools was among the first social issues to split American Protestants into competing liberal and conservative camps.

In the early 19th century, as many states created public school systems, children’s moral development was viewed as a crucial component of education. Advocates for public schools came from some of the established Protestant denominations such as Congregationalism and growing liberal traditions like Unitarianism.

Since these public school proponents had diverse religious beliefs, they agreed public schools should not teach particular doctrines. But they advocated Bible study to cultivate morals based in what they thought were generally held Christian principles.

Opposition to Bible reading came from Roman Catholics, a growing segment of the population due to immigration. Many schools used the Protestant King James version of the Bible, which differed from the translation familiar to Catholics. Moreover, Bible reading apart from the study of Church teaching, was by nature a distinctly Protestant practice.

Yet even Protestant agreement on Bible reading in public schools did not survive for long.

A major catalyst for division was the decision of Cincinnati School Board in 1869 to end Scripture reading in classrooms. Having long objected to Bible study in the city’s schools, Catholics had established their own system of parochial schools. By 1869, over 12,000 children, free from Protestant religious influence, were taught in these parochial schools.

By changing the policy, Cincinnati officials hoped the large Catholic population would return to public schools.

The board’s decision sparked outrage among conservative Protestants. As scholar Steven K. Green has detailed in his study of church-state debates, many churchgoers organized opposition to the policy. They believed it “threatened the moral and intellectual development of youth.”

Not all Protestants agreed, however. Reflecting a larger split within Protestantism, which I have chronicled, liberal Protestants throughout the nation endorsed the Cincinnati policy.

The secretary of Connecticut’s Board of Education, Birdsey Northrop, supported this change. A graduate of Yale Divinity School and a clergyman, Northrop came to denounce “narrowness and bigotry, under the guise of devotion to Bible reading.” In his view, Bible study in schools only fostered religious division.

Major Protestant periodicals echoed these views. The widely read periodical Christian Union ran and reprinted many articles which supported ending religious instruction in public schools. The view took hold among liberal Protestants that religious study should be voluntary and Bible reading should not a compulsory part of public education.

For these liberal Protestants, there was value in public schools. They were willing to tolerate an end to religious instruction in the hope that education would not become a sectarian endeavor. This liberal Protestant support helped ensure that the Cincinnati school board’s policy remained in effect over conservatives’ objections.

In the aftermath of what became known as the “Cincinnati Bible War,” liberal Protestants grew ever more wary of Bible study in public schools.

Still, the Bible continued to be read in some U.S. schools until the Supreme Court stepped in. In 1963, the court declared the practice unconstitutional.

The response to this decision, and to another case on school prayer, highlighted how Bible reading in schools had divided Protestants. In 1964, a constitutional amendment was introduced to restore Bible study. Liberal Protestant groups like the National Council of Churches helped lead opposition to the amendment.

As the historian Neil J. Young has shown, conservative Protestants disagreed on amending the Constitution. Nevertheless, prominent conservative voices urged the return of “Bible reading to the public schools.”

Already, these “Biblical literacy laws” have been enacted in more than a half-dozen states since 2000. The campaign to pass them elsewhere shows little sign of stopping, especially as it appears to be an organized effort of Christian conservatives.

Given that this issue was among the first to divide religious liberals and conservatives, it is unsurprising that it is gaining steam at this moment of heightened cultural tension.