What are the chances you’ll live to 90? Height, exercise are factors 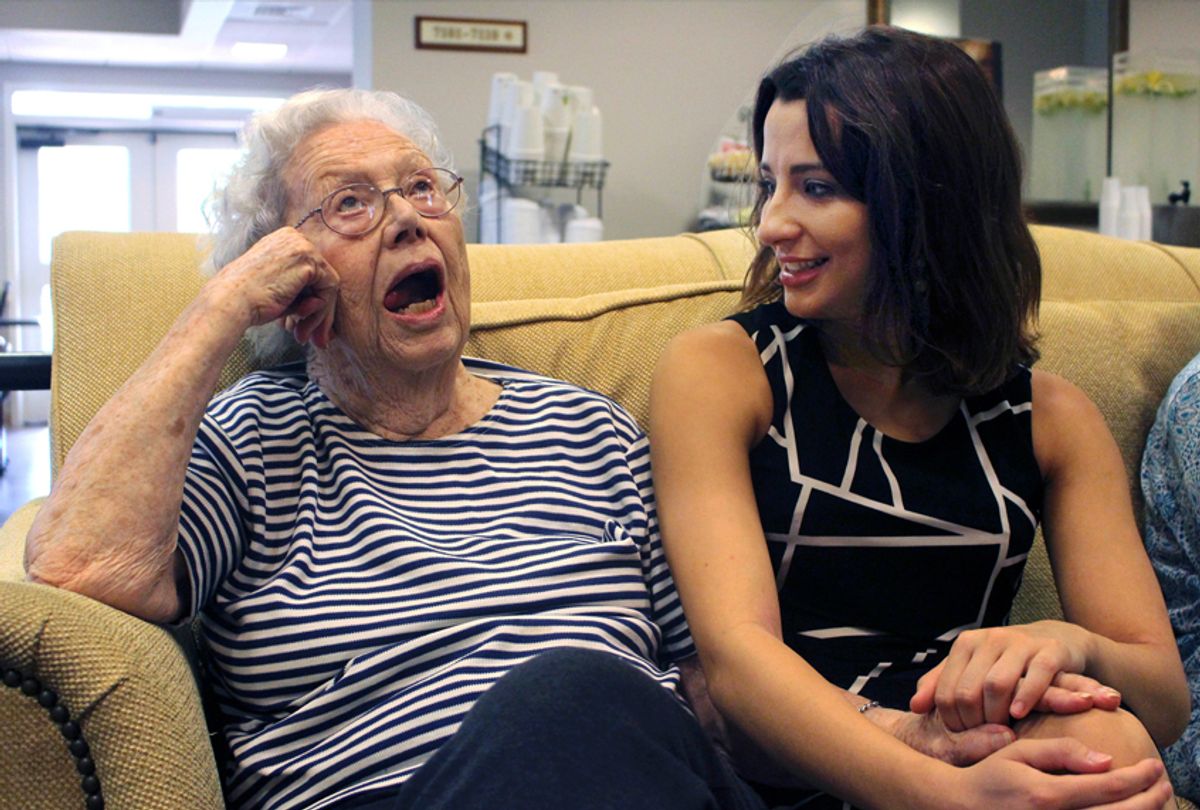 Physical activity, weight, and even your height may affect your chances of living to a ripe old age.

Just how much each of those factors influence your longevity depends on if you’re male or female, according to a study published in the Journal of Epidemiology & Community Health.

The researchers found that for women, about 60 minutes of physical activity a day was associated with the best chance of living a longer life. Exercising for more than an hour a day didn’t add to that benefit, though.

For men, however, the more time added to daily exercise, the better the chances of reaching old age.

Body size was found to influence a woman’s chance of reaching age 90 much more so than it was for a man’s.

Who's more likely to live to 90

The researchers used information from the Netherlands Cohort Study, which began in 1986.

They analyzed data from people between the ages of 68 and 70 who had given their height and weight at age 20 and their current weight.

Study participants reported on their current level of physical activity, which included such things as walking, biking, or gardening.

All were monitored until they reached age 90 or died. Behaviors such as alcohol use and smoking were considered.

Read more Healthline: The 41 ‘Longevity’ Nutrients You Need for a Healthier Life

Women over 5 feet, 9 inches tall were 31 percent more likely to live to age 90 than women who were less than 5 feet, 3 inches.

They also weighed less at the start of the study and had put on less weight since they were 20 than women who were shorter and heavier.

Height did not seem to be a factor among the surviving men.

Men who were physically active for more than 90 minutes a day were 39 percent more likely to reach age 90 than men who were active less than 30 minutes.

What’s more, every additional 30 minutes of exercise was associated with a 5 percent increase in the chances of turning 90.

Women were 21 percent more likely to reach age 90 with 30 to 60 minutes of physical activity a day than those who were active 30 minutes or less. The optimal threshold for women was about 60 minutes a day.

He noted the study had a large number of participants and used a national health system for accurate tracking.

“The study confirmed some things we already knew about exercise and longevity,” he told Healthline.

“A retrospective study can’t control for all variables. There’s not a good explanation for everything. Some things I found interesting can’t be explained. They can only report what they observed,” he said.

The value of exercise

The big takeaway, according to Ali, is the importance of exercise.

“The relationship between body mass index (BMI) and lifespan is well-studied. A higher BMI means you’re less likely to obtain old age. There’s a lot of data showing that when a person gets to a BMI of 40, which is morbidly obese, it takes 10 years off your life,” he said.

And exercise doesn’t have to be strenuous.

“Even walking 15 minutes, then increasing to 20 minutes, with a goal of at least 30 minutes a day at least five days a week has been shown in many studies to be beneficial,” Ali said. “That’s easier to work into your lifestyle than going to the gym.”

He advises seeing your doctor before starting a new exercise routine.

“Even people of a healthy weight may have heart or lung disease and not realize it until they exercise,” he said.

“You don’t want to overdo it and injure yourself, which can discourage you from exercising at all,” he said.

Ali explained that a number of things, such as genetics and environment, are factors in BMI.

“One person may be fine with 30 minutes and another may need more to maintain a healthy BMI. It’s tough to predict,” he said.

“When it comes to weight loss, 90 percent or more comes from diet. If you exercise but aren’t eating correctly, you still may not lose weight. And it’s not just the amount of food, but the type of food you eat,” Ali said.

“Everybody has a different formula. What’s helpful for one person may not be as helpful for another,” he said. “But both diet and exercise are important to reach and maintain a normal BMI, general health, and longevity.”

How to get started with exercise

No matter your age or body size, there’s incentive to make changes.

“If you’re obese in early adulthood and then get your BMI back to the normal range, you’re more likely to have a normal life expectancy,” Ali said.

“As a fitness professional, I have a different take on BMI,” she told Healthline.

“When I was taught how to use BMI, I was working with professional athletes and body builders. According to BMI guidelines, all of these athletes were obese because it doesn’t take into consideration body mass versus muscle mass,” Reynolds said.

So she doesn’t automatically tell exercise beginners to join a gym or get a personal trainer.

“For most people, that’s intimidating. I ask what their favorite exercise is and what they love to do outdoors. Fresh air and a beautiful view are better than a gym or an intimidating environment,” she said. “Go with something you love. Having energized passion behind something will help you stick with it.”

“If you give direction, men will follow the road map. Sometimes they’ll hire a trainer because they want someone to tell them what to do,” she said.

“With women, if you evoke emotion and let them guide the process, they’re usually more successful,” she said. “They’re more likely to join a class or find support in a group. Almost all women gravitate towards that.”

Young or old, male or female, Reynolds wants people to understand that it’s not just what you eat and how many times a week you exercise. You have to feel good about yourself, too.

“Your body will always tell on you. Every bit, including happiness, matters.” she said.