"Hate has no place in my or this world," Pratt wrote in a message on social media 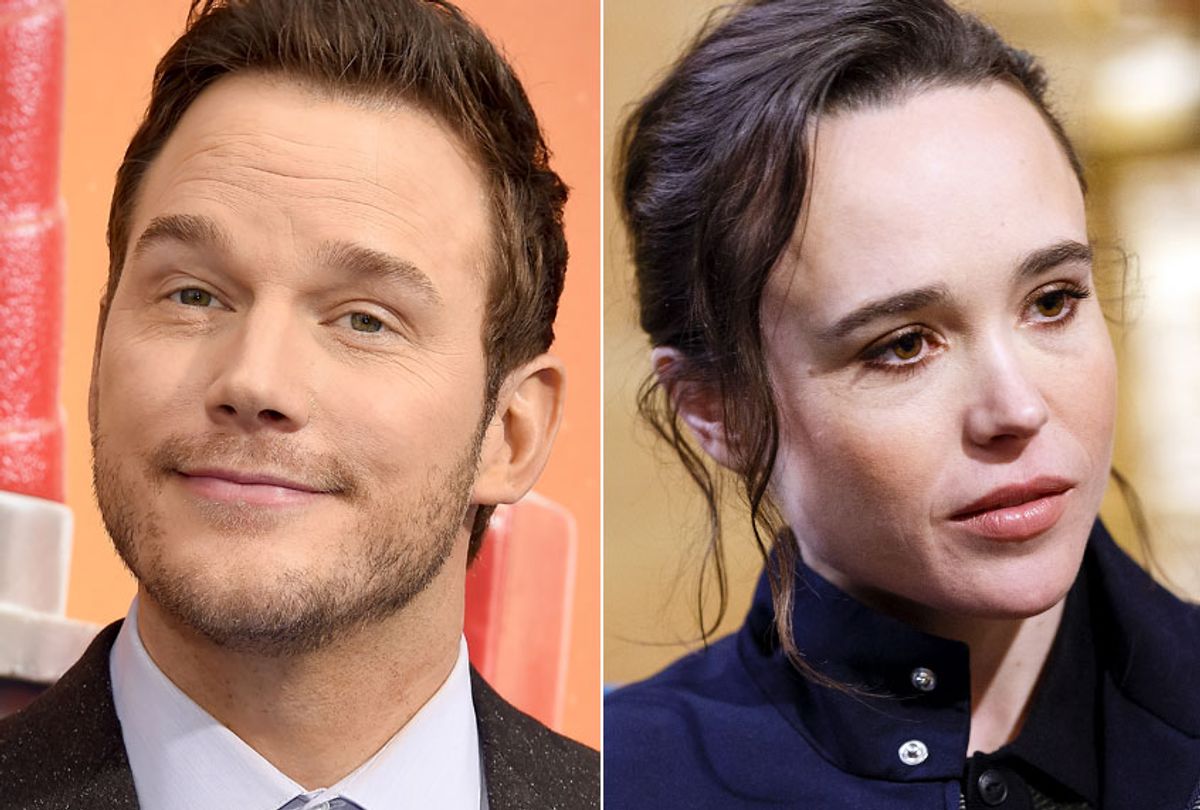 Chris Pratt has responded to Ellen Page after the “Juno” Oscar nominee called out the actor for attending an “infamously anti-LGBTQ church.” Page was reacting to an interview Pratt gave on CBS’ “The Late Show” in which he spoke with host Stephen Colbert about a recent religious-inspired fast he recently undertook. Page wrote on Twitter, “Oh. K. Um. But his church is infamously anti lgbtq so maybe address that too?”

In a statement posted to his Instagram story, Pratt responded, “It has recently been suggested that I belong to a church which ‘hates people’ and is ‘infamously anti-LGBTQ.’ Nothing could be further from the truth. I go to a church that opens their doors to absolutely everyone.”

“My church is important to me but no church defines me or my life,” Pratt continued. “I am not a spokesperson for any group of people. My values define who I am. We need less hate in this world, not more. I am a man who believes that everyone is entitled to love who they want free from the judgment of fellow man.”

Pratt attends the Hillsong church, which has made headlines for not “affirming” the LGBTQ lifestyle. In a statement released in August 2015, Hillsong global pastor Brian Houston said he “holds to traditional Christian thought on gay lifestyles and gay marriage” and that “God’s word is clear that marriage is between a man and a woman.”

“Hillsong Church welcomes ALL people but does not affirm all lifestyles,” the statement reads. “Put clearly, we do not affirm a gay lifestyle and because of this we do not knowingly have actively gay people in positions of leadership, either paid or unpaid. I recognise this one statement alone is upsetting to people on both sides of this discussion, which points to the complexity of the issue for churches all over the world.”

Pratt finished his response by writing, “Jesus said, ‘I give you a new command, love one another.’ This is what me in my life. he is a God of Love, Acceptance, and Forgiveness. Hate has no place in my or this world.”

The actor is currently on the big screen as the lead voice in “The LEGO Movie 2: The Second Part.”